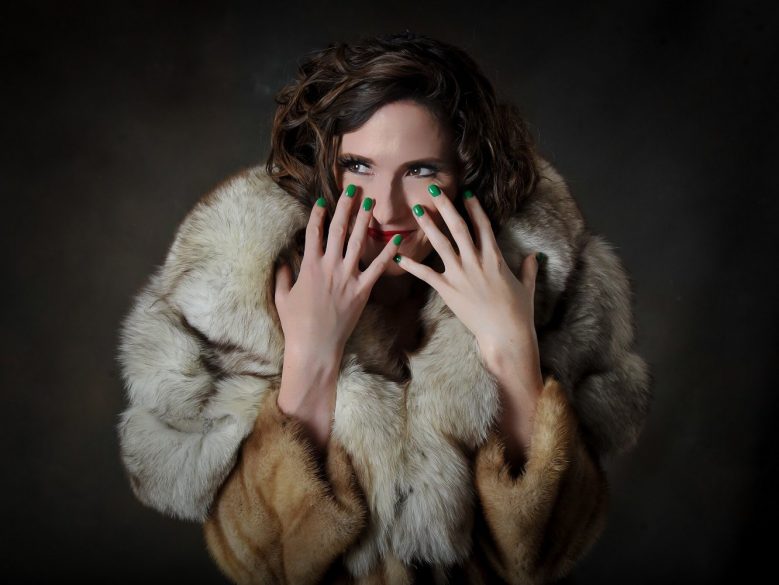 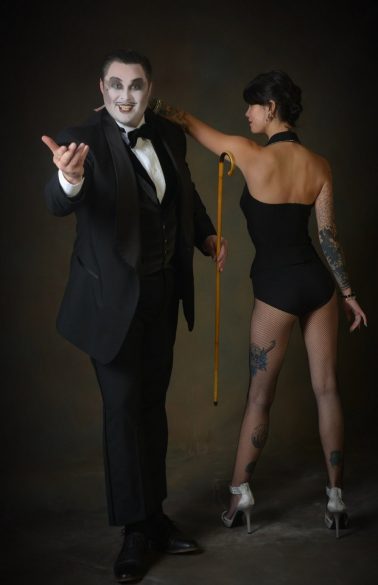 Opening Sept. 20 at the East Sonora Theatre, we are thrilled to bring you the Sierra Rep premiere of Cabaret, book by Joe Masteroff, music by John Kander and lyrics by Fred Ebb. Cabaret opened on Broadway in 1966 and ran for 1,165 performances (in three different houses: The Broadhurst, The Imperial, and The Broadway).

The show is a musical adaptation of I Am a Camera, John Van Druten’s 1951 play based on Christopher Isherwood’s Berlin Stories. The production was originally produced and directed by Hal Prince, whose long list of credits includes the musical blockbusters West Side Story, Fiddler on the Roof, Evita, and The Phantom of the Opera, as well as groundbreaking works with lyricist/composer Stephen Sondheim.

Prince (who passed away July 31, 2019) is one of the towering figures in the American theater of the second half of the twentieth century. Prince wanted Cabaret to reflect both its original era and the world of 1966.

“I brought in a photograph from Life magazine,” he said. “A two-page spread of a bunch of blond Aryan Nazi boys snarling at the camera, some wearing religious icons, and all stripped to the waist, and I said, ‘Who are these people, and where is this?’ No one guessed.” They were actually Americans demonstrating against the integration of a Chicago housing development in 1966. Prince used the photo to support the contention that wherever human beings are terrible things potentially can happen.

In a Berlin nightclub, as the 1929 draws to a close, a garish Master of Ceremonies welcomes the audience and assures them they will forget all their troubles at the Cabaret. With the Emcee’s bawdy songs as wry commentary, Cabaret explores the dark, heady, and tumultuous life of Berlin’s natives and expatriates as Germany slowly yields to the emerging Third Reich. Cliff, a young American writer newly arrived in Berlin, is immediately taken by English singer Sally Bowles. Meanwhile, Fräulein Schneider, proprietor of Cliff and Sally’s boarding house, tentatively begins a romance with Herr Schultz, a mild-mannered fruit seller who happens to be Jewish. Musical numbers include “Willkommen,” “Cabaret,” “Don’t Tell Mama,” “Mein Herr” and “Two Ladies.”

Because Cabaret has been so heavily revised over the last 50 years, there is no single definitive version of the piece. It is widely recognized as one of the most important and influential American musicals. And its central character, Sally Bowles, is one of the most iconic characters in literature, stage, and film.

When asked about Sierra Rep’s new production of Cabaret, choreographer Bryan Knowlton said, “I’m excited to pay homage to Bob Fosse’s work in the film. Fosse’s catalogue is so vast and while most people think it’s all jazz hands and head rolls, his work is quite technical. I am looking forward to not only working at Sierra Rep for the first time but giving the audience a little taste of Fosse/Knowlton. Both Scott and I have agreed that we want to explore a more glamorous side of the Kit Kat Klub while maintaining its edge. I think people are so used to seeing that acclaimed Donmar Warehouse production or the movie but with our telling of the story, you can expect to see something new. Something perfectly marvelous.”

Cabaret opens Friday, Sept. 20 and runs through Oct. 27, at East Sonora Theatre – 13891 Mono Way, in East Sonora. For tickets, call the box office at (209) 532-3120, or purchase them online at www.SierraRep.org​, or visit the East Sonora Theatre Box Office (Tuesday through Saturday, 11am-5pm), located at 13891 Mono Way in Sonora. Performance times are Wednesdays, Thursdays, Saturdays, and Sundays at 2 p.m., Fridays and Saturdays at 7 p.m. Ticket prices range from $32 to $47. Discounts for seniors, veterans (w/ID), children, and students (18 and over with student ID) are available for all performances. Special discounts for groups of 20 or more are also available. Cabaret is Rated PG-13 for adult themes and anti-Semitic themes.