Mayor Matthew Serratto, center, stands with the new Scholarship Foundation’s leaders after swearing them into their positions during Thursday’s event. 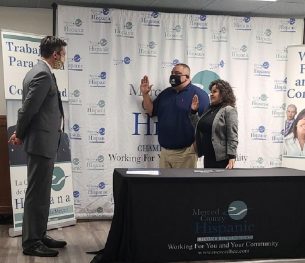 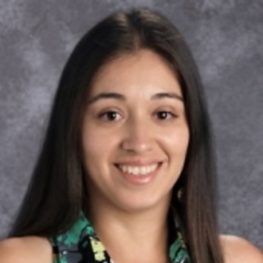 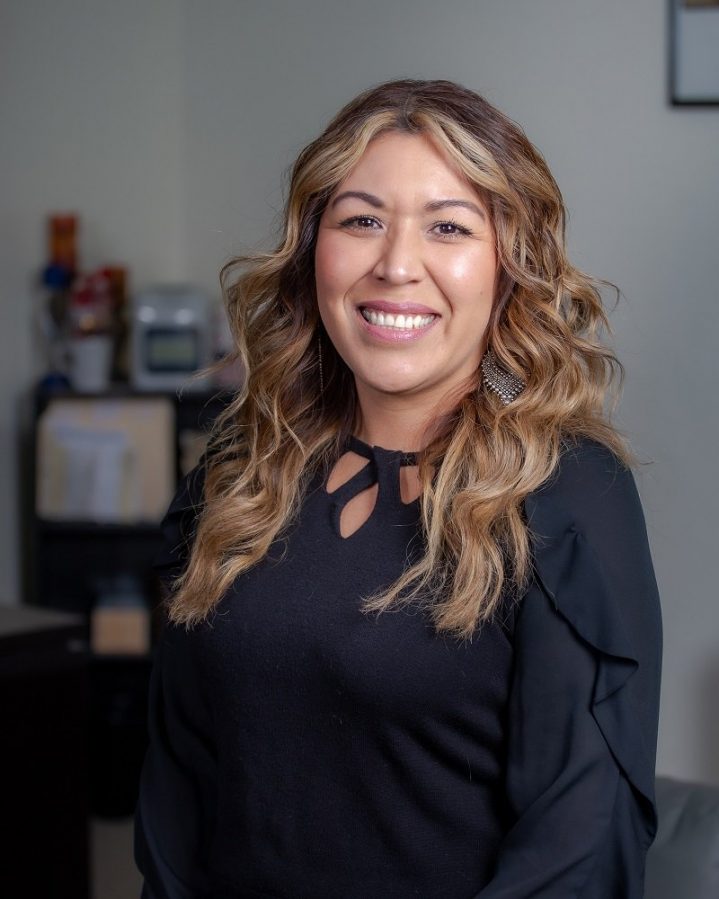 Geneva Rojas is the new president of the Scholarship Foundation for the Hispanic Chamber. 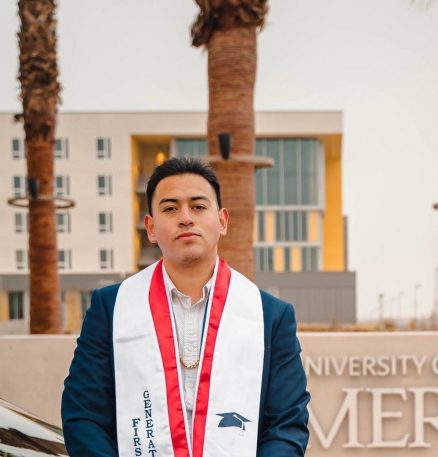 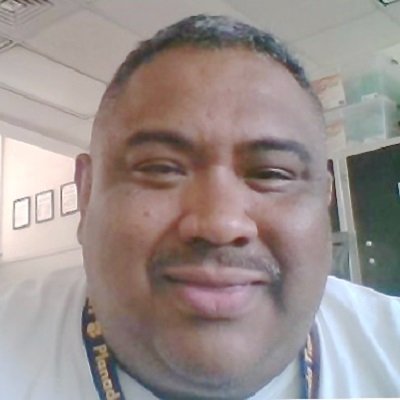 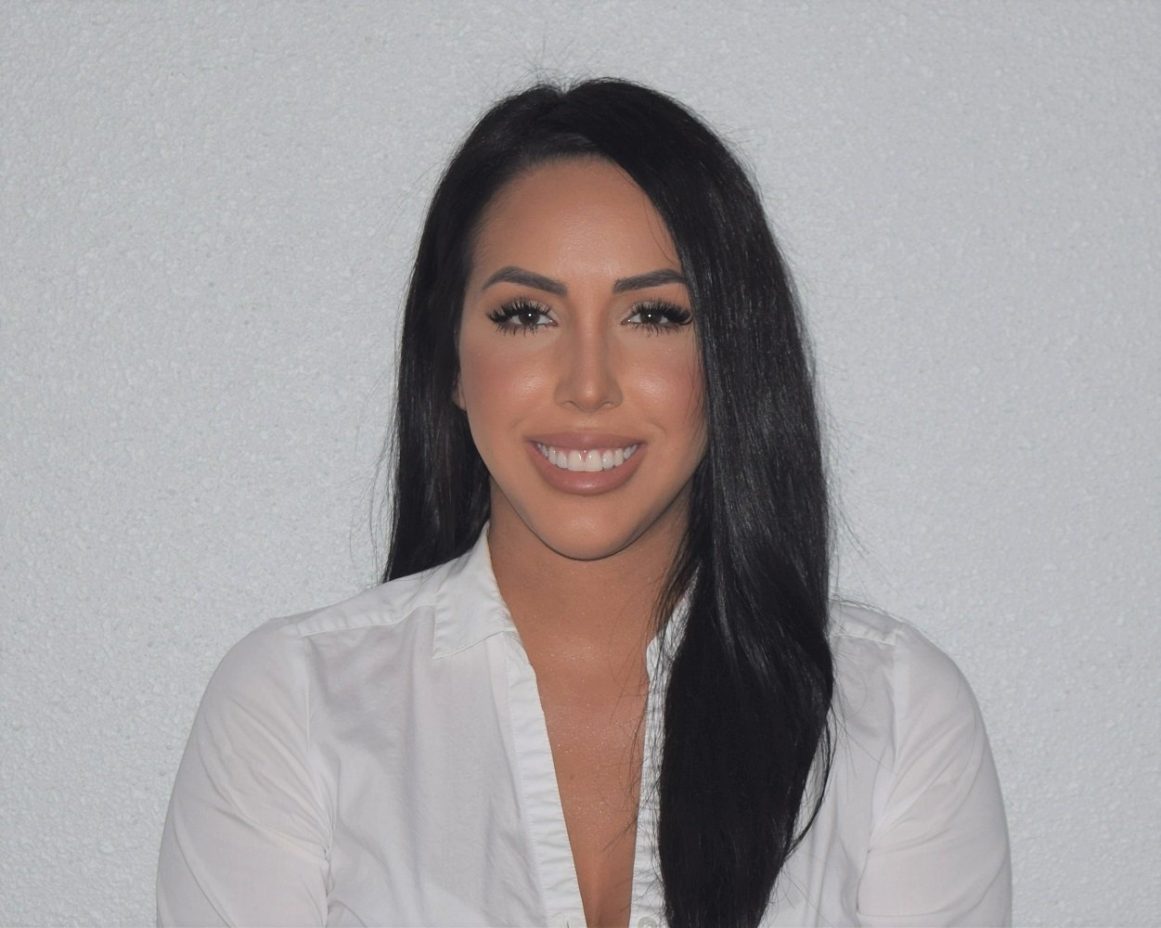 Leaders and supporters joined together — both in-person and through a live-streamed video — to celebrate the new leadership team for the Scholarship Foundation of the Merced County Hispanic Chamber of Commerce last Thursday.

New officers and board members for the chamber’s Scholarship Foundation were sworn into service with the help of Mayor Matthew Serratto. The proceedings were led by MCHCC President Annissa Fragoso.

Established in late 2018, the Merced County Hispanic Chamber of Commerce’s Scholarship Foundation is a nonprofit group that strives to raise funds to support college scholarships for local youth. In addition to fundraising, the Scholarship Foundation brings together applicants and evaluates their applications annually based on merit and likelihood of future contributions to the Merced County business community.

Students selected by the Merced County Hispanic Chamber of Commerce’s Scholarship Foundation to receive the Linda Lopez Scholarship earn a one-time scholarship disbursement of $1,000 once enrollment has been officially confirmed. Students from throughout Merced County are eligible to apply for the scholarship during their senior year as they look to pursue higher education at either a community college or a four-year university.

The scholarship’s namesake is that of a past community member known for her love of community involvement, activism, and service while studying at Stanford University. Through her contributions to Merced County and the surrounding communities, Lopez inspired the Hispanic Chamber to create the Linda Lopez Scholarship Fund to help students also pursue their dreams. As such, applicants must show strong community involvement, especially within the Hispanic community.

After being sworn into her new position as president, Geneva Rojas, spoke to those in attendance in-person and virtually. She noted that she was “eager, honored, and excited to take on this role.”

“I will definitely be reaching out to everyone in our community to ask for their support for this foundation,” Rojas said. “I look forward to working with everyone and serving the community.” Following the event, Rojas noted that with a new team full of great members she was excited to begin work with the Scholarship Foundation immediately.

Rojas said she had previously worked inside of the local business banking world before transitioning to the education sector where her true passion was found. She is looking to bridge her experiences with the two worlds to help bring a new level success to the Scholarship Foundation, and in turn a new level of success to those who benefit from the scholarship’s funding.

During an interview with The Times, Rojas elaborated on her enthusiasm for the position, explaining that as a College and Career Service Technician for Le Grand High School she has seen the type of impact funding for higher education such as the Linda Lopez Scholarship can have on a students time in college first hand.

“I see need from many students, and often times they don’t even know that the help is out there,” she said.

Rojas explain that often times students she works with are the first in their family to make their way to college, and so neither they or their parents know of the scholarship opportunities available to help them pursue higher education.

As an example of the type of impact that a scholarship fund can have on a students education and college life overall, Rojas was quick to recall an impactful story that stuck with her over the years.

“I was speaking with a UC Merced student who was telling me that even just getting five dollars is something that they were able to make last for a week’s worth of food,” said Rojas. “It just shows how long they can make a scholarship like this go and the difference it can make in their education and life.”

They ‘Can’t Mask Love For FFA’ at Pacheco High School