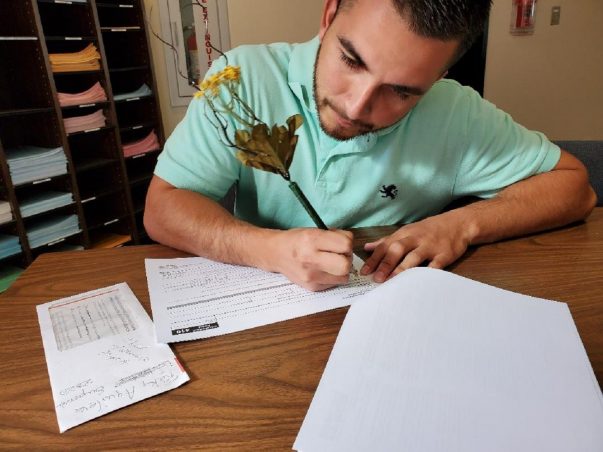 Ricky Aguilera completes paperwork at the Secretary of State office for his candidacy for Merced County Supervisor, District 2. 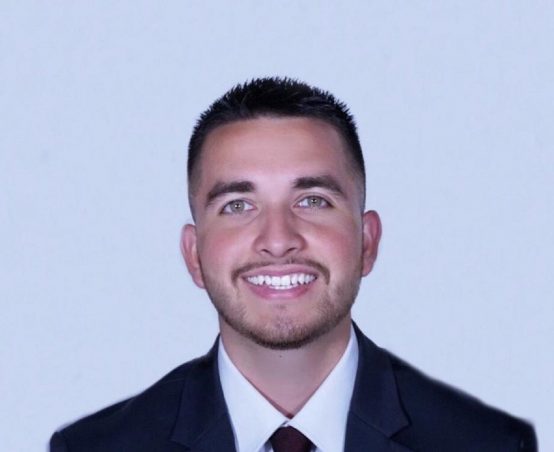 Merced native Ricky Aguilera has announced his intent to run for the District 2 seat on the Merced County Board of Supervisors.

District 2 includes most of the city of Merced, and is currently represented on the board by incumbent Supervisor Lee Lor who will be finishing up her first term in office at the end of 2020.

Aguilera joins former Merced City Councilman Josh Pedrozo and Stone Ridge Christian School educator Angel Barragan as the contenders in the race. They all will face off in the March 5 Primary Election. If no one candidate earns more than 50 percent of the votes casts, a runoff including the top two vote-getters will be held in the General Election in November, 2020.

Aguilera is a local businessman and the general manager of Merced Indoor Sports. He describes himself as a family man with his partner Selena Torrez and 5-year-old son Jovian Aguilera.

“I am running for Merced County Supervisor because I want to add to what already makes Merced a great place to live, and maximize our resources to give more of our residents the opportunity to succeed,” he said in a press release.

In other Board races …

It looks like incumbent Supervisor Rodrigo Espinoza will face some competition to keep his District 1 seat, representing the areas of Livingston, South Merced, El Nido, Planada and Le Grand. Espinoza is also in his first term that ends in 2020.

The name Ryan Bret Williams appears on the Registrar of Voters current candidate list of those who have “pulled papers” to enter the various races for the March 5 primary.

And in the race for the District 4 seat, currently held by incumbent Supervisor Lloyd Pareira, two new names are on the candidate list: Juan Pena and Mario Mendoza.

Atwater declares itself a ‘Sanctuary City’ for business