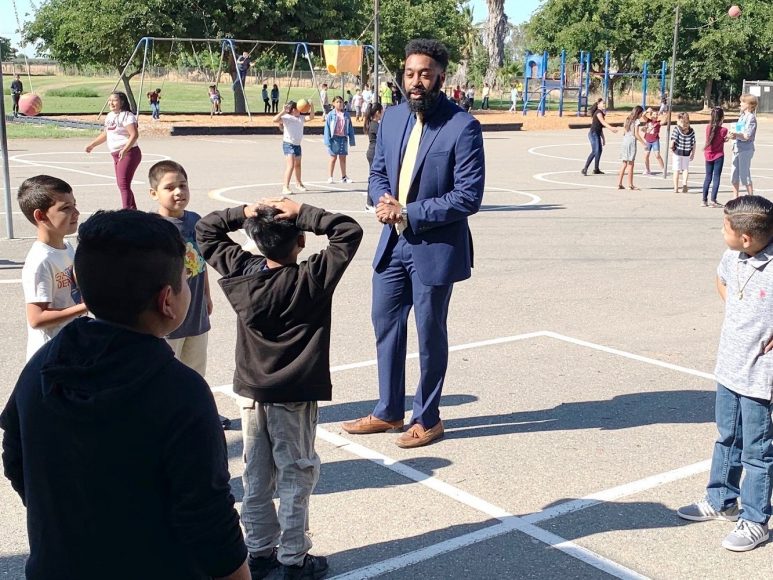 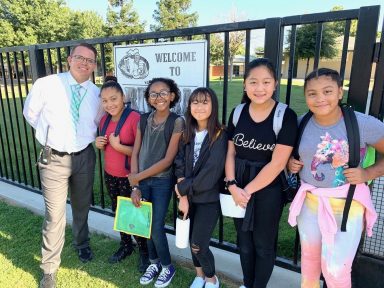 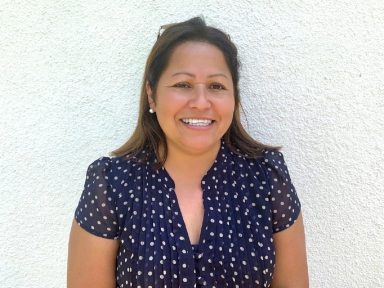 One of the changes at the Merced City School District this year is that Chuck Pirtle at Reyes Elementary School, along with two others, Lil Ayala (Sheehy Elementary School) and Aaron Alexander (Rivera Middle School), became new principals at their schools.

This does not represent a big turnover in upper level administration in that Merced City School District serves about 12,000 students in preschool through eighth grade at four middle schools and 14 elementary schools, and has a State preschool program at 13 of the 14 sites.  About 1,200 staff members work at the school district.

Reyes’ Principal, Chuck Pirtle, is married to Dr. Whitney N. Pirtle, a Sociology professor at UC Merced. Their children are Jackson Pirtle, a third grader at Chenoweth, and Myles Pirtle, a three-year-old in the pre school program at the Early Childhood Education Center at UC Merced.

The Times interviewed Pirtle about his new position and asked him how he liked his first week.

He said, “It’s been an exciting move, moving into an elementary school.  I’ve had experience in high school and middle school, and now I’ve taken on the growing of young learners, and we’re already embarking on the journey and it has definitely been refreshing to see the primary grades.”

He laughed, “I love every bit of it.  They give you big hugs.  I’ve already received gifts.”

Pirtle earned his undergraduate degree in Michigan where he was born and raised.  In Tennessee, he received a Master’s degree to allow him to be a school administrator, and when he moved, he went through a program to get an administrator’s credential in California.

He commented, “It has been a process, but definitely a worthwhile process.”

When asked his vision for Reyes, he responded, “As far as my vision for the school, my goal is to be sure we are providing the best for the students in academic content, curriculum and instruction for the students to reach their full potential academically. At the same time, we want to make sure we’re growing students as citizens and focus on developing social and emotional skills that will allow them to be successful in life. There is also a community aspect of my vision. I want to build a community with parents and residents, as well as community businesses and partnerships, so we are all working on growing our community of learners.”

Describing new programs at Reyes this year, Pirtle said, “There are two programs that will be coming into Reyes this year that we’re very happy and excited about and that highlight the mission of supporting students academically while building on their social/emotional skills

“One thing we have a wonderful opportunity to do at Reyes this year is be one of the two elementary schools in our district to pilot the Advancement Via Individual Determination program, ‘AVID’, that essentially helps students learn new organizational strategies and tools to be successful as students and beyond.  It focuses on building a college and career readiness culture that promotes students’ success in life.

“We are also a Positive Behavior Intervention and Support (‘PBIS’) school.  Most of the schools in our district are using PBIS.   We have completed three years, earning our certifications on that, and Reyes is now a PBIS Gold School.  The program is tiered levels of support for students across the school campus.  This year, we are going to take on the learning of the Conscious Discipline program, which is a framework that builds on the social/emotional learning of students.  It involves families and schools in understanding best practice as to how students learn and how to support them emotionally while at school.”

In conclusion, Pirtle said, “I enjoy sharing my passion for working with students, and it has definitely been a privilege to come to Reyes as its new Principal.  I’ve been fortunate because I’ve been very supported in my professional journey, and that’s one highlight about working in this district — that everyone is working to better one another.  It is definitely a district that is family oriented, and although the district is in the education business, we are also in the business of working with people and relationships.”