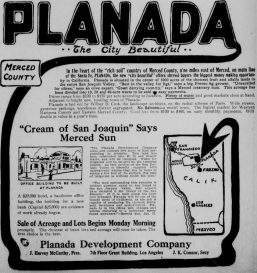 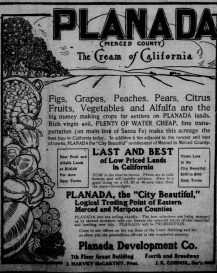 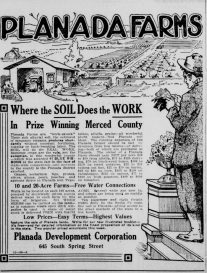 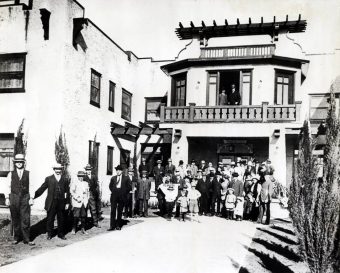 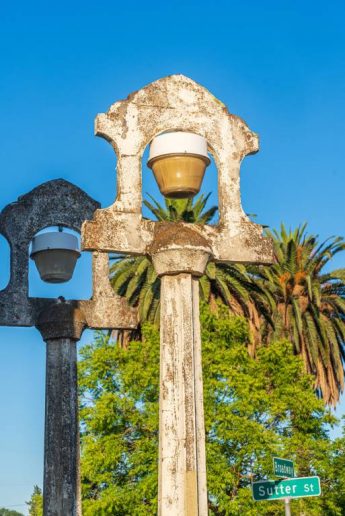 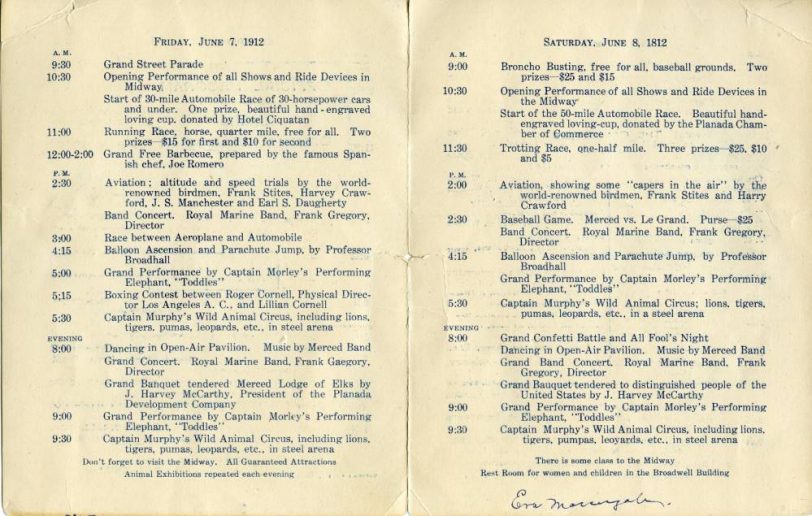 The Official Program of the grand opening of the Hotel Ciquatan in Planada back in June of 1912. It had quite the list of entertainment events.

In the year 1912, Planada was celebrating the grand opening of the new and luxurious Hotel Ciquatan and what was hoped to be the beginning of a new prosperous “City Beautiful.”

Planada was originally named Whitton and then renamed Geneva by a group of Swiss dairy farmers from the area. The Geneva Post Office was opened in 1896 and a railroad station established. In 1911 the railroad held a naming contest and the name Planada (Spanish for “The Plain”) was selected.

Planada was surrounded by some of the richest agricultural ground in the Central Valley, a stopping point for the railroad and with its proximity to some of the richest mining towns in the Sierra foothills. It was also a stop for people wanting to travel to the recreation areas of the Sierras. It was being looked at as a great location for a young developing city.

A real estate magnate from Southern California, J. Harvey McCarthy, took notice of the great potential of the area, and with his extensive background in California real estate became very involved and interested. McCarthy organized the Planada Development Company with the intent of establishing a model city and farming community. With the purchase of several thousand acres along the main line of the Santa Fe Railroad, the building of the model city was started. Because of the fact that the railroad cuts through the property it was determined to make the railroad station the focal point of the main arteries of traffic.

According to plans of the day: “The station will be beautified with flowers and attractive night lighting. Leading from the station plaza will be 3 main streets lined with trees with wide parkways and sidewalks. Broadway, the backbone of the town, to be lighted with handsome electroliers and be wide enough for automobiles and teams to turn. This will also allow room for parking for the businesses along Broadway.”

Because of the potential to make Planada a “City of Destiny”, McCarthy said: “I intend Planada, the City Beautiful shall stand as an enduring testimony to my abilities as a city developer.”

Wilber David Cook a well-known landscape architect was hired to design the future city. One, that would be attractive to potential investors. He brought investors from Southern California, spending large amounts of money, to develop and build the infrastructure of the town.

Other things being planned were many more homes, a newspaper, blacksmith shop, billiard hall, tennis courts, other types of stores and a baseball team.

An enviable record for a new town, this was all made possible by the aggressive methods of McCarthy and his associates.

Also, the city of Planada with its excellent warehouse facilities, “will be the shipping point for all of the many different agricultural products produced in the area including the southern part of Mariposa County.

Tourists for Yosemite and the Big Trees will pass through Planada each year in increasing numbers. The Santa Fe is advertising Planada as a transfer point for these locations.

“Planada referred to as the “City Beautiful” is planning to have its first civic celebration June 7-8, 1912. Special fares will be offered on the railroad from the los Angeles and San Francisco areas. The expectation is to have 10,000 visitors and hopefully encourage some investors. The new Hotel Ciquatan, said to be the most beautiful in the San Joaquin Valley, will be the center of the celebration. (See copy of the daily activities) Following the day of celebration there will be a grand ball at the new hotel.”

Even though McCarthy was a tireless promoter, the return on the investment fell far short of what was needed. His dreams of turning this small Swiss settlement into a booming, thriving new town was in dire need of more investment dollars. He was forced to resign as president of the Planada Development Corp. He tried to unload his shares but the Los Angeles Investment Company who had already invested heavily in the project, refused. As McCarthy gave up on his plans to build this well-planned new city, many families of the early settlers still remain in the area.

Today Planada is a town of about 5,000 hard-working and caring people that still want to see Planada grow and prosper. The site of the Hotel Ciquatan was where the tennis courts are located today.