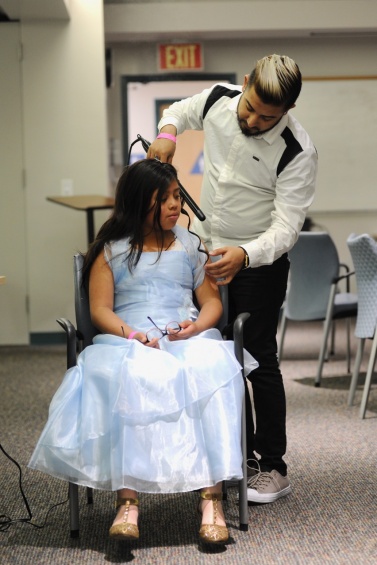 A little princess gets her hair done before the big prom dance. 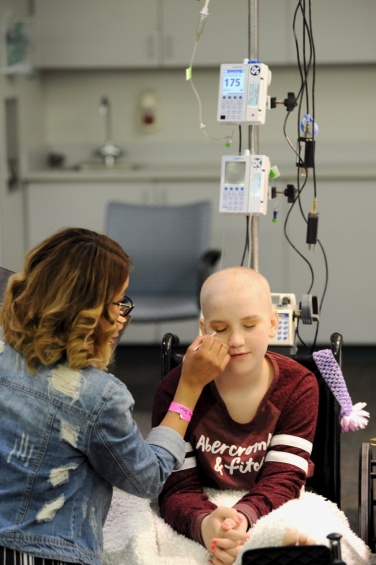 Natalie Johnston, 13, of Clovis, receives some eye liner from a Paul Mitchell makeup artist before the prom. 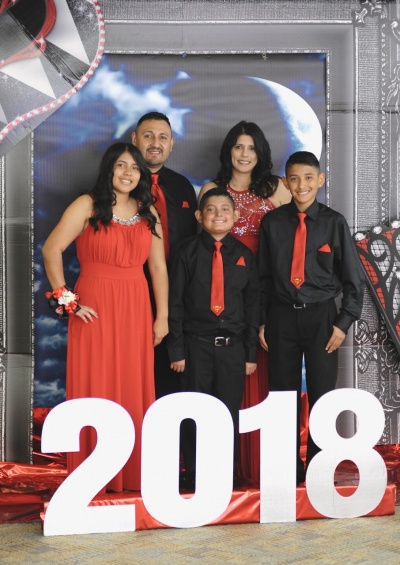 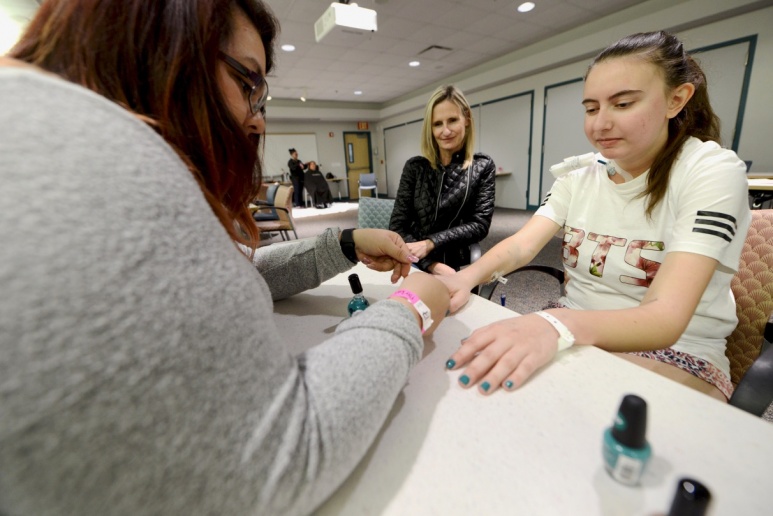 Leoni Gavrielides, 16, of Fresno, gets her nails done as her mother Nicole watches. 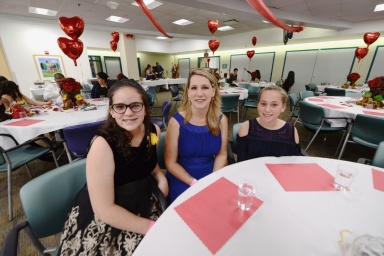 The Andersons from El Nido, including mom April, and Dakota, 12, and Mackenzie, 11, both students at Stone Ridge Christian Elementary School. 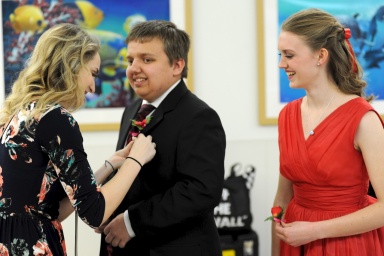 Jaxon Powell, 16, of Chowchilla gets a boutonniere pinned on his suit jacket by a volunteer as his date, Jessica Spencer, 16, of Merced, looks on. The two met and became friends though activities at local churches of Jesus Christ of Latter-day Saints.

There was a prom dance last Saturday night at Valley Children’s Hospital in Madera.

One by one, young children and teens, and family members of all ages, dressed in fine gowns and formal wear, arrived for the big event.

There were studio photographs, delicious meals, and fun activities for prizes.

They called it Parker’s 12th annual Oncology Prom, but most people involved know it simply as “Parker’s Prom” — a special dance for children and teens living with cancer, and their family and loved ones.

It all started with little Parker Bockhop, and his parents, Troy and Elisabeth, who both work in Merced, and live in Chowchilla.

Parker was diagnosed with acute myeloid leukemia before his second birthday on Oct. 28, 2001 — a day his mother says, “I’ll never forget.”

The little boy continued to live with the condition through his early childhood years, and two tough transplant operations that were ultimately unsuccessful.

Like any kid, Parker had his favorite things to do. He loved going to see the Fresno Falcons ice hockey team compete at the Save Mart Center, so much so that he was even adopted by the players and coaches.

In turn, Parker would often show up to give them all temporary sticker tattoos he liked to play around with.

One day, after a checkup at Valley Children’s Hospital, a nurse was talking about the idea of creating a formal dance for children with cancer and their family members — a special something that was already having success at medical centers in larger cities such as New York and Chicago.

When Parker overheard the idea, he became very interested, and started planning it on his own.

“He got it in his little head and didn’t let go of it,” Elisabeth Bockhop said. “I told him, ‘This is crazy. We don’t have the time for this,’ and he said, ‘You can do this Momma.’”

Well, it turned out the idea snowballed, and soon the Fresno Falcons were behind it, and offered funding to get it going.

Parker’s dream came true on June 26, 2007, when about 50 young people and family members showed up for the first-ever dance of its kind at the hospital. Parker was thrilled. He danced, ran around to all the activities, and gave his tattoos to everybody who wanted one.

It was a wonderful night, and one that will always be remembered.

Later that year, however, Parker would pass away. He was only 6 years old.

Despite doubts and struggles, the Bockhops would continue Parker’s Prom. They would later receive great help and donations from fellow members of Lions Club District 4A1— that includes Lions and Leo clubs from all over the valley, including Merced County.

It costs about $10,000 to put on the dance today, and activities include pre-prom makeup and hair services from students at Paul Mitchell in Fresno.

Parker’s prom has grown in attendance from 50 people on that first dance to nearly 350 today.

The smiles and love expressed all night long during Parker’s Prom makes all the hard work worth the effort.

If you are interested in finding out more on the event, or want to support next’s year’s dance, please contact Elisabeth Bockhop by email at: [email protected]