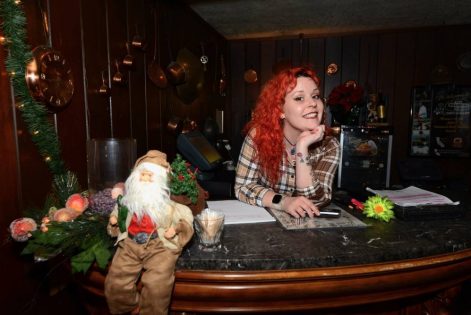 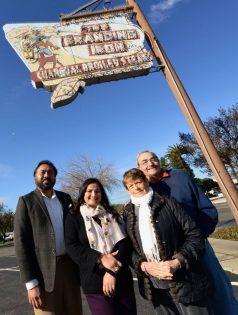 The Branding Iron neon sign on 16th Street is a historic landmark in Merced. 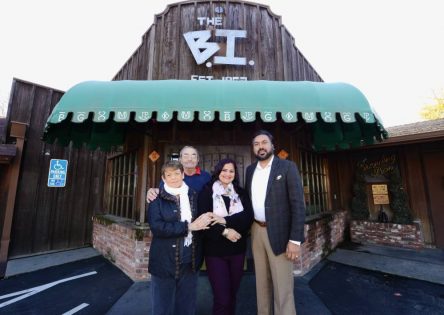 Greg and Kara Parle handed off ownership of The Branding Iron restaurant to Raj and Jeena Kahlon on Jan. 1. 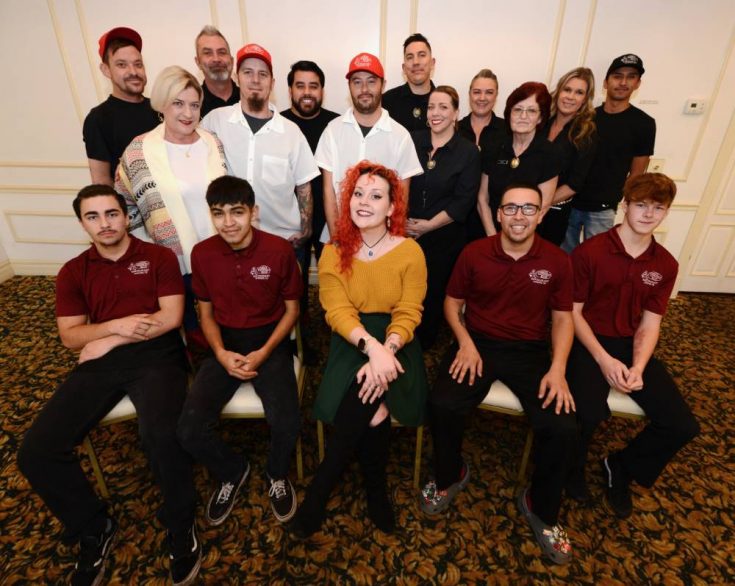 The Branding Iron staff just hours before the restaurant and bar fills up on New Year’s Eve. 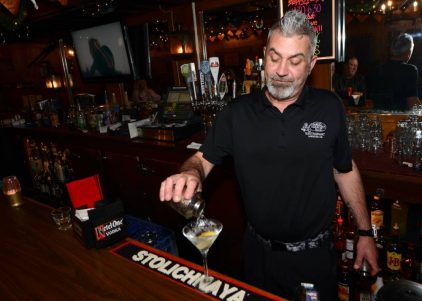 Mike Waller is perhaps the most popular bartender in the city. 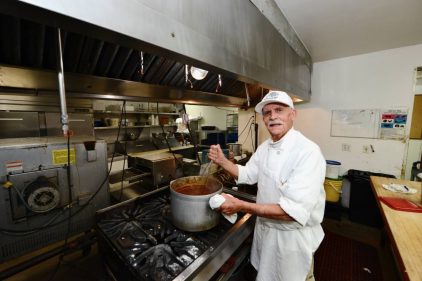 Bobbie Freitas, the Master Chef, has been at the Branding Iron for 33 years.

The Branding Iron Restaurant, the oldest and most famous fine-dining venue in Merced, was sold by owners Greg and Kara Parle effective Jan. 1. The new owners are Raj and Jeena Kahlon, and they said they will keep the location much the same, but try to make it even better.

Raj Kahlon has thrived in the Merced-area community as a pistachio and almond farmer, and the owner of RHM Farms for more than 20 years. He recently made headlines and plenty of community goodwill by donating $5 million to support agricultural programs and facilities at Merced College. His generosity helped make him the seventh recipient of the college’s President’s Medallion in 2019.

The Branding Iron Restaurant is a landmark in Merced at 16th and M streets, dating back to the mid-1900s when 16th Street was Highway 99.

Ray Douglas built the restaurant and it was originally called The Pine Cone, one of a chain of restaurants which Douglas owned in the state.

After Douglas died, there was a fire in the restaurant and it was closed while his wife looked for a buyer. Greg Parle, a man who was born and raised in Merced and who later graduated from culinary school in San Francisco. Greg married Kara (Davis), also from Merced.

At first, Greg was hired to run a big restaurant in San Francisco, and he was a natural. However, after some time, he and his wife became fed up with the traffic and lifestyle in the city, and wanted out.

They moved back to Merced and went to work at various jobs. Kara worked as a legal secretary, and Greg ran the Merced Country Club for a couple of years, and bought the Shell Gas Station in town. They also grew the family with Melinda and Justin. Both of their children grew up in Merced and got married, and today have their own children: Melinda and Cory Martin have two girls, Savannah and Paige, now attending UC Santa Cruz; and Justin and Alexi Parle have two sons, Jace and Drew, attending Burbank School.

Mike Rahilly, a friend of the Parles, had the idea of buying the Branding Iron and running it as partnership. Greg and Kara liked the idea but at the last minute Rahilly’s health took a turn for the worse and he did not feel he could carry his weight in the partnership. He backed out leaving the job to Greg and Kara.

The Parles knew the restaurant well because Greg had worked for Ray Douglas for a short time in the past. Ray Douglas had also been Greg’s sponsor at culinary school.

Both Kara and Greg Parle were people pleasers, and Greg admitted without Kara by his side the restaurant would never have succeeded.

Early in 2021, the COVID-19 pandemic hit the restaurant hard, shutting its doors, and then opening them and shutting them again. Employees did not know what was coming next, but they did not desert the business.

Finally, the restaurant is back to regular hours but things are not what they used to be.

The Branding Iron’s sign out front tells a lot about the history of the restaurant’s survival. As Kara Parle tells it, at one point the city wanted it to be taken down because of the mercury in the neon lighting. Kara would not let that happen without a battle, and she took it right to the City Council level.

With background research she convinced the city the sign was a Historic Landmark and should never be taken down or changed. She won her battle and it stands today.

What makes the Branding Iron great is the people.

Bobbie Freitas, the Master Chef has been at the Branding Iron for 33 years, and is still doing his magic with the Prime Rib and choice steaks.

Tending Bar is Mike Waller, adding on to the 11 years that he has been a mainstay.

Alyssa Giardina will continue her role as Manager after five years, to make things happen in the dining room as well as managing special dining events, her specialty.

The full staff and their years of service are:

Connie Hodges, server; 12 years on & off