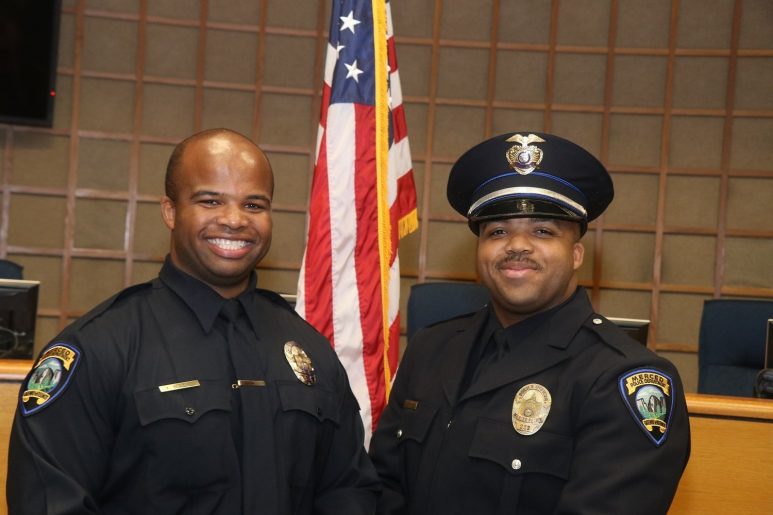 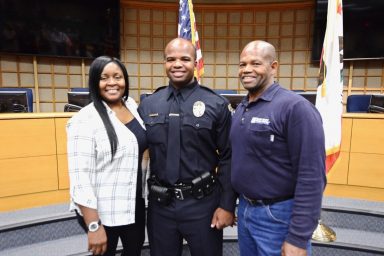 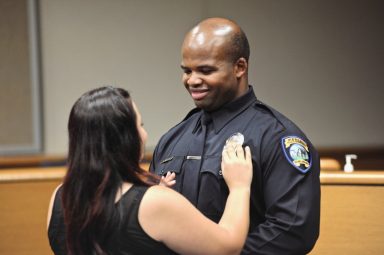 Nidia Hartford pins the badge on her boyfriend, Officer Vincent Wilkins during the Friday ceremony. 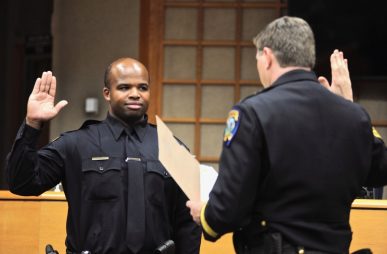 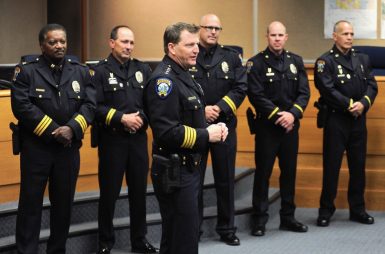 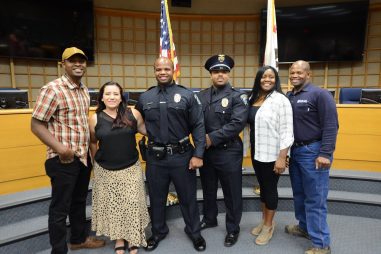 It really was like becoming part of a family when Vincent Wilkins was sworn into the Merced Police Department last Friday.

Vincent joined his own brother in the department, where Brandon Wilkins will celebrate his sixth anniversary this month.

Surrounded by family and friends, Wilkins was administered the oath of office by Police Chief Christopher Goodwin.

“This is an exciting time for us because it shows that we are growing and expanding,” Chief Goodwin said. “We are bringing in fresh ideas, new family members, and new personalities.”

Wilkins, 30, of Atwater, spent eight years working with adults with developmental disabilities before training to become a police officer.

“It taught me to be patient with people, and to look at someone and see what it is that they are doing and try to figure out why — not just ‘Oh you did something, and this has to happen,’” he said.

Wilkins is a Merced High graduate, and he later studied at Merced College. He has been a volunteer with the Special Olympics. He also has been a personal trainer for nine years.

In his spare time, Wilkins enjoys working out, traveling and cooking.

The Department has 95 out of 98 officer positions in its budget filled, although three of those are in the classification of police officer trainee.

More information on the jobs can be found at the City’s website: cityofmerced.org.