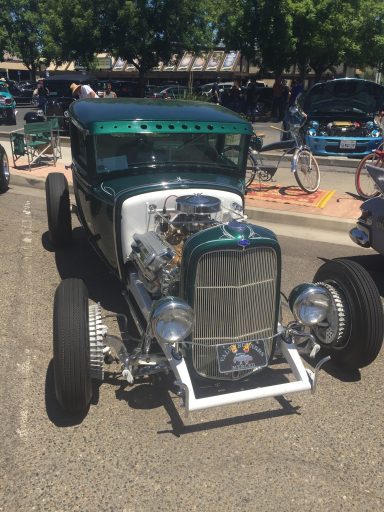 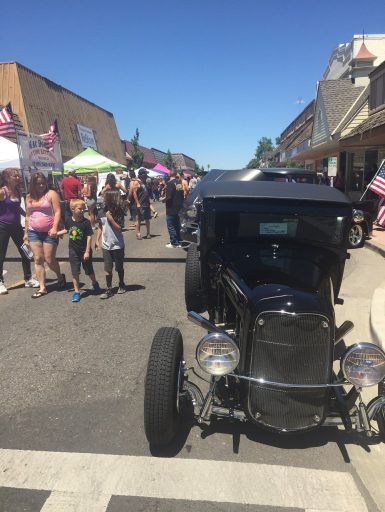 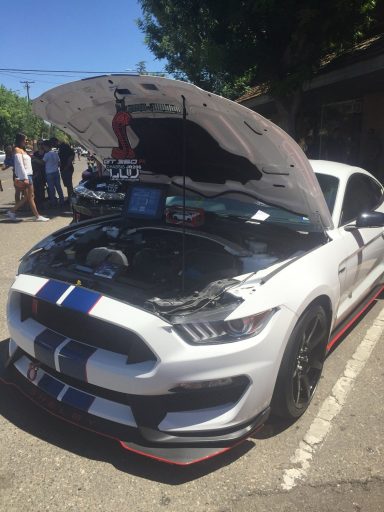 One of the many benefits of summer is its time for car shows. We’ve been blessed with a number of fine showings of late. It’s almost an “embarrassment of riches” but there’s plenty to see and do now in the vintage vehicle realm.

We’ll begin with Atwater, then take in a delightful Thursday night cruise-in at a winery on the outskirts of Merced and finish off with a car show between Modesto and Oakdale. So this is a summer triple-header of sorts.

I’m very glad the first-ever Historic Downtown Atwater Summer Car Show on June 22 was an unqualified success. Somewhere between 150 and 200 old cars and trucks were lined up along Broadway from about Second Street almost to Winton Way, with the overflow spilling over to the adjoining parking lots.

It seems like a pretty sure bet that organizers will do a 2020 event. With several events going bye-bye in recent years it’s refreshing to see something new take their places.

Quite a large crowd came out during favorable temperatures to check out the Atwater show. Just about every “taste” in the car-collecting community was represented and that’s a good sign for the overall health of our hobby.
I’m sure everyone had a favorite car. I spotted several favorites.

Mine included a 1963 Cadillac convertible with some mild custom touches, including a horizontal bar grille, louvered hood, lakes pipes and cruiser skirts, topped off with four 1959 Cadillac bubble taillights protruding from within the stock rear bumper pods. This cruiser had a lustrous purple paint job and custom hubcaps to complete the vibe.
That wasn’t the only modified 1963 Cadillac to catch my eye. A 1963 Cad hardtop in white and purple was sitting low. The roof had intricate painted lace and rose panels.

I also was drawn to a 1938 Pontiac four-door sedan painted in gleaming white with red accents. The red and white motif was carried through on the lavishly upholstered interior and the confines of the large bustleback trunk.
This Pontiac also had the chromed Indian chieftain hood ornament, wide whitewall tires and large chrome hubcaps. A fairly recent restoration, this Pontiac had a lively, eye-catching demeanor to it.
Following along on the vintage vibe theme, a 1938 Plymouth two-door sedan also sported the rounded bustleback trunk and the Mayflower-inspired hood ornament. The black paint needed a little freshening up but the car still presented itself well.

A 1950s Chevrolet pickup done in street machine style had a bright lime green metallic finish, tunnelled headlights and general removal of chrome trim. It was very classy and certainly worthy of note.

There isn’t space enough to list all the vehicles looking their Saturday best on Broadway. Several of the cars had the not-finished look that seems to be very popular these days.

A 1947 Plymouth Special Deluxe four-door sedan had some of its original blue paint and an original-appearing interior in remarkably good condition for 70-plus years. This big family car definitely had graduated from barn find status but had not yet achieved the “look at me shine” appearance.

One of the early arrivals was a 1956 Oldsmobile two-door hardtop.This Olds had a modern LS-1 engine borrowed from a Chevrolet, with custom air cleaner and valve cover surrounds.

Patina was the rule with this 1956; its original two-tone colors had significantly faded and swatches of rust were evident, all covered with a modest clear coat. The interior looked almost brand-new (another part of this trend) and the car was shod with modern black-painted spoke rims and blackwall tires.

Like a steak, I prefer my cars well-done rather than medium-rare but it’s still worth savoring.
A 1954 Chevrolet two-door sedan had a plain-Jane but spotless look to it. It was painted a light green, with matching wheels and small dog dish hubcaps. It was something Aunt Sadie would have ordered but was nothing to blush about in the open or hide in the corner.

So you know it’s the real deal, Otis has a convincing siren and red lights to let you know when you’re in a heap of trouble.
On the third Thursday night of the month this summer, the Vista Winery on Highway 140 between Merced and Planada is hosting car shows on its grassy area in front.

At the Vista on June 20, I noticed a restored 1960s Ford Bronco 4X4 looking pretty sharp. A somewhat-faded 1953 Ford two-door sedan still was worth many glances, along with a showroom-fresh 1956 Oldsmobile four-door hardtop.
A beige-colored 1932 Ford roadster pickup still had its flathead “motorvation” and a few street rod touches which didn’t betray its vintage vibe. A 1932 Ford fenderless “high boy” roadster had massive steamroller-sized rear tires and a muscular grunt coming from its tailpipes.

Chevrolets from 1955-1957 are well-represented at most car shows. A pastel blue 1956 Chevrolet two-door post sedan was doing a good job representing the Tri-Five contingent. While the sedans were more basic fare way back when, they have the same charm that the pillarless hardtops do and often as much or more horsepower to boot.

One doesn’t see too many 1968 Ford Torino fastbacks but this sloping roof GT was a welcome sight. So was a 1968 Oldsmobile 4-4-2 hardtop looking showroom-new.

Just about everybody’s welcome at a car show, including a Jaguar XK-E sports car and a 1950 Chevrolet lowrider two-door sedan. There also was a 1966 Volkswagen “bug” sedan rubbing fenders with its American counterparts.

I’m always glad to see a 1969 Chevrolet Nova two-door sedan, keeping company with a slightly-updated 1970 Nova sedan. These Novas showed some economy but had engines that could make them scoot along smartly.

The Fruit Yard restaurant complex on Geer Road between Turlock and Oakdale hosted a “Back to Graffiti” car show. This June 15 event had a respectable showing of vintage vehicles, parked around a little lake and “supervised” by a crew of ducks, geese, hens and roosters.

One of my favorite cars at the Graffiti gig had to be a 1968 Firebird 400 two-door hardtop. Firebirds and their fraternal twins the Camaros were introduced in 1967 and had the familiar long hood and short rear deck styling, plus fairly respectable performance. The Firebird just has more flair and pizazz than the Camaro, to my way of thinking. Lots of Camaro lovers are likely to disagree and that’s fine.

This 1968 Firebird had a mint-colored metallic paint job hearkening to its factory introduction, and its prominent chrome grille and vertical slotted taillights. I wish I could have persuaded this 1968 Firebird to come home with me, but it was loyal to its master.

Another car I wish had been calling “take me home” was a 1963 Chevrolet Nova two-door hardtop. The Novas certainly have economy but adapt well to performance upgrades and reek style like their bigger brothers.

Other sightings of note included a “first series” 1955 Chevrolet pickup truck painted in a brighter and lighter green than we are used to seeing. A 1950 Ford F-1 pickup truck had a bright red paint job, wide whitewall tires and small chromed hubcaps.

Car shows, of course, can peg an auto enthusiast’s nostalgia meter. Such was the case with a 1961 Corvair Lakewood station wagon painted in the original, but faded, two-tone green.

Also of nostalgic note was a 1947 Chrysler New Yorker four-door sedan. This featured white beauty rings around the edge of the wheels, with domed chromed hubcaps providing the crowning touch.

One doesn’t often see a 1968 Mercury Montego convertible out and about. And 1957 Nash Metropolitan convertibles aren’t a frequent sight either.

Muscle cars and station wagons don’t seem to be a close match but the Graffiti show had 1964 and 1968 Plymouth family haulers on the grounds. Both had high-performance engines to counteract some of that station wagon heft.

Parked right outside the restaurant was a bright red 1941 Buick Sedanette, with a mild street rod look to it but keeping its original features.

Needless to say, there’s been plenty to see of late and I’m a happy camper reliving memories of all this fine rolling stock from days gone by.

A Flat Tire Can Totally Change The Course Of Your Day

Automobile fan in Merced has reasons to be thankful

Enjoy The Holiday Season, But Proceed With Caution

Politics As Usual Is Absolutely Necessary For Our Democracy

Merced should not give up on planned police station site