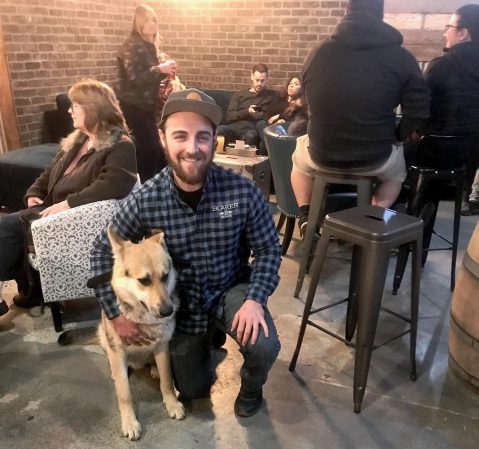 Keaton Williams, president of Blaker Brewing, had experience as a home brewer before he came to work for the tap room in Ceres owned by the Lucas family. During the last couple of years, he worked his way up, and is happy with his dream job. 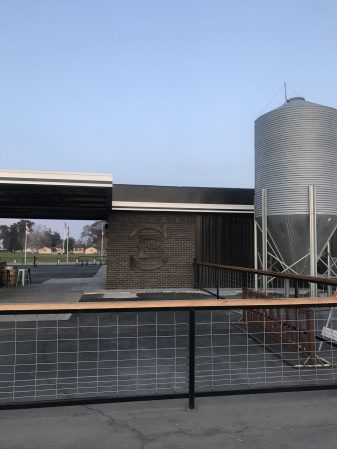 Blaker Brewing’s new tap room at 1930 Airdrome Entry, inside the former Castle Air Force Base, is known as ‘The Tarmac.’ 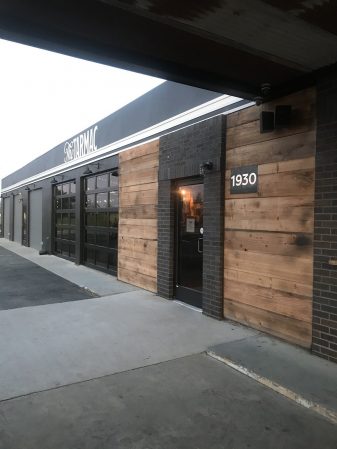 Blaker Brewing’s new tap room at 1930 Airdrome Entry, inside the former Castle Air Force Base, is known as ‘The Tarmac.’

Blaker Brewing, a family-owned business which began in Ceres in 2018 as a tap room featuring fresh craft beer, opened its second tap room last month at 1930 Airdrome Entry in Atwater on the former Castle Air Force Base.

The soft opening hours have been 4 to 10 p.m. Fridays and Saturdays. On Jan. 24, the business will hold a Grand Opening, and after that the “Tarmac,” as it’s called, will be open Thursdays through Sundays.

As the crowd builds, the days it is open may be extended further.

The new tap room was constructed at the site of a former convenience store and gas station.  The exterior of the building has a somewhat rustic look, and there are two patios outside.  The interior is beautiful, clean and comfortable with an attentive and welcoming staff.

Tyler Lucas, Chief Marketing Officer and the son of owner Tom Lucas, told the Times last summer, “People in Atwater don’t have a lot of places to hang out and socialize with others, and it will be a good place to get to know their neighbors better and enjoy some good beer while they do it.”

On a Friday evening in January, the Tarmac was indeed filled with people chatting and relaxing as they enjoyed a cold one.

Guests at the Tarmac told the Times they ordered all-you-can-eat tacos by purchasing a wristband for $10.

Keaton Williams, President of Blaker Brewing, was there in a small office, along with a big, beautiful German Shepherd he had just rescued.

With a kind smile, he offered a mug of the popular and delicious Honey Babies craft beer.

He told the Times, “I saved this German Shepherd from a canal in Ceres today on my way to work.  He was wet.  I pulled up the chain link fence, and pulled him out. He’s a very nice dog.”

Williams was planning to find him a good home or else adopt the dog himself.

The dog was friendly and cooperative as Williams made sure to keep him in check around the brewery.

Describing the job he loves at Blaker Brewing, he said it was rewarding and at the same time relaxing, and he had put in a lot of hard work during the last year-and-a-half.

He told the Times, proudly, “I started as a keg washer, then I was a cellarman, cleaning up, then Assistant Brewer, then Events Coordinator, and now I’m the President, working directly for Tom Lucas, the brewery owner.”

Describing the business, Williams said, “The Lucas family is a dairy family in the Turlock area.  They sold their cows three years ago, and kept their almond and citrus trees.

“We make all our beer in Ceres.  We make 15 barrels at a time, which is 450 gallons.  We make two batches of Honey Babies back to back, so that’s 900 gallons.  It’s really popular.

“We have 22 employees, including both tap rooms. At the Tarmac, I’ll be here off and on.  Customers will also see Bia Hoskins, a tap room manager, and Raul Rivera, a shift leader.

“The goal is to open additional tap rooms because you don’t want the beer to sit around. You want it to go while it’s fresh.

“This is a bigger and swankier brewery than the tap room in Ceres. Square footage-wise, it’s double the size of the other one, and triple the size in patio space.

“We’re really into having a great selection of flavors.  People want a variety of flavors.  We offer lighter beer like Honey Babies.  Our middle beer is IPA, red ale, brown ale, pale ale and some lagers.  The heavier beer is our Vanilla Bean Milk Stout and Big Nothin’ Scotch Ale, which is our 9 percent beer.

“Honey Babies is a blonde ale (4.6 percent alcohol), which is a clean, crisp, easy drinking beer. All the flavor of honey is from the malt.

“Vanilla Bean Milk Stout (5.5 percent alcohol) has notes of chocolate and coffee. Lactose is added for a nice, creamy smoothness, and real vanilla bean aged for two weeks which comes from either Madagascar or Mexico.

“Plowed Under (7 percent alcohol) is an IPA beer with notes of citrus. It’s dank with a bit of clean bitterness.

“The beers are more about flavor than getting a big buzz.

“We can do in-house sales of our own beer and one cider. We sell our beer in 16-oz. cans. At any given time, we have six or eight beers you can buy in cans, or  you can buy a growler, which is beer in a 64-oz. green, fully recyclable glass container, and you can fill it with whatever beer is here.”

Williams concluded, “We’re here to serve the community. The former base has fallen off a bit, and it was right to re-energize the area. Our motto is Cultivate Your Craft. It means do something you’re passionate about, move through any obstacles, and continue to grow. We like to look through these lenses — craftsmanship, friendship, ingenuity, and sustainability.”