More concerns on city parks, how they are being used

'Against The Wind' ... a column by Jonathan Whitaker 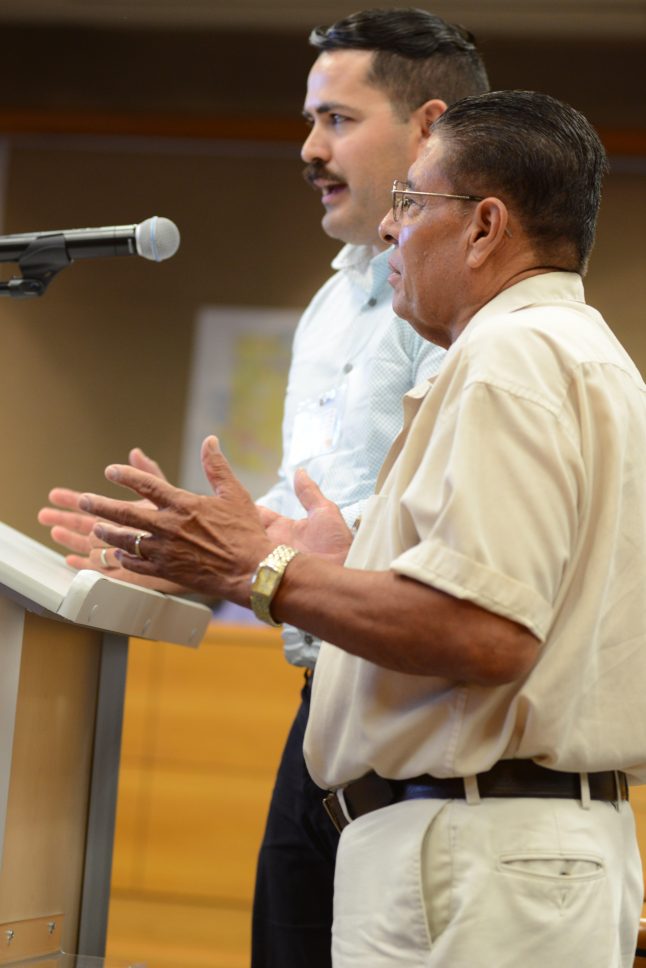 Jorge Garibay to the Merced City Council in Spanish with the help of translator. 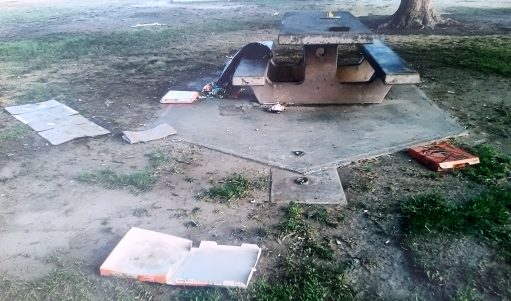 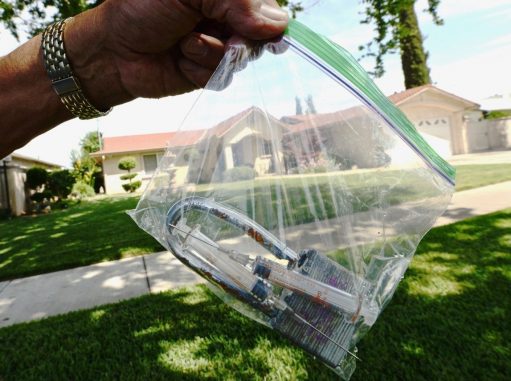 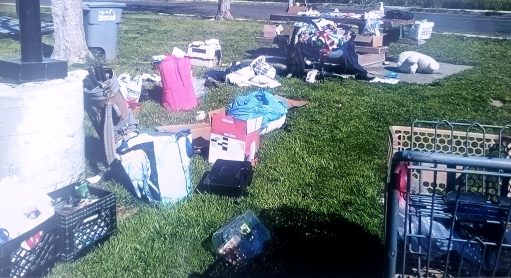 Personal belongings are seen near a park bench at Stephen Leonard Park in this picture taken by homeowner Jorge Garibay. 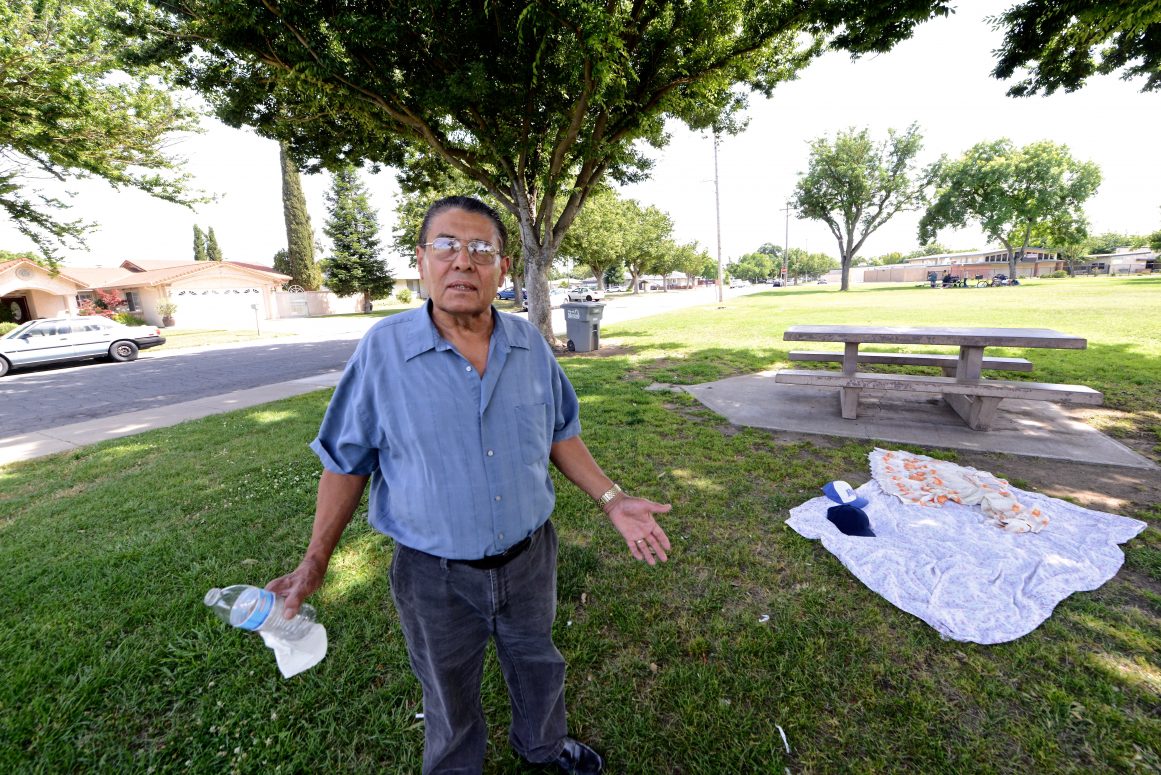 When last we left …

The 71-year-old homeowner says he has witnessed criminal activity linked to some who frequent the park, or hang out there all day. He says transients often shout threats at him. He says he is worried about the safety of his 70-year-old wife, and the belongings in their home. He says neighborhood parents are afraid to let their older kids go play in the park without supervision. And he points out that trash, personal belongings, and even drug paraphernalia can be found on a daily basis strewn about the park.

Garibay has been speaking up at the regular meetings, off and on, for about a year, and in turn, Mayor Mike Murphy has been suggesting to him that he meet and discuss his concerns with city law enforcement representatives, along with other officials at other city departments.

The mayor points out that the public comment period is for residents to express their concerns and for leaders to listen to them. The topics raised during public comment are not up for council discussion or action unless they are on the official agenda for the night.

However, on this particular night, Murphy added that the police has been in contact with Garibay and that there are “two sides to the story.” He suggested that if the council takes up the issues Garibay has raised, the “full story would be told and it could be very embarrassing.” Later in the meeting, Councilman Fernando Echevarria also commented that there’s “another side to the story.”

I later talked to Garibay about what the mayor said, and he just shrugged his shoulders. He said he hasn’t had any problems on his end with the local police. He admitted he calls on them constantly to report problems at the park. And he quickly added that he would defend himself and his family with force if anybody tried to break into his house.

Garibay is a native of Michoacan, Mexico, where he drove a delivery truck as a younger man. He immigrated to the United States in 1979, arriving in Chicago. He later made his way to Merced, and worked for Foster Farms for 28 years. He has owned his own home in front of the park since 1986.

“It never used to be this bad,” he said pointing to the park lawn. “Look at the trash they left from last night. Do you think it’s right to live among this trash. It’s not right.”

He continued for several minutes about a variety of things he is not happy with at all.

“They say the park is for people to relax, but here they are smoking marijuana. They sell marijuana. And they do other drugs too. They bring all kinds of bicycles. One guy brought up to 20 bikes one day. It’s obvious they are stealing them. I see couples entering the bathrooms like they are going to have sex. If no one calls the police, sometimes they sleep in the park. It’s not right. The park is for kids.”

Garibay has a tough-looking pit bull that barks behind a fence at the entrance to his home. However, he said he still feels uneasy about leaving his wife in the home while he goes to the store for some groceries.

“Would you leave your house if you look across the street and see what I’m seeing?”

He said a church next door hands out food on Saturday mornings, and some of the people that are constantly in the park do take advantage of that service. He said he sympathizes with the plight of the homeless, but what’s happening at Stephen Leonard Park is out of control.

Garibay also brought out a bag revealing two syringes and a lock he said he found on and near his front lawn.

“If the city doesn’t do anything, I’m going to go over their heads,” Garibay said. “I’m going to go to Sacramento. … If they close this park down, it would still be better than the situation we have now.”

On another side of town, across from Applegate Park, home buyer Sair Lara is encouraged by news that the city and county of Merced are working together to add more shelter sites, beds and services for the homeless.

Nevertheless, new facilities are still at least a year away from completion.

Lara has his heart set on a beautiful home on 26th Street, right across from the park, however; for the past several weeks he and other neighbors have witnessed a variety of issues they are concerned about near the park’s gazebo, rose garden, Scout hut and historic Laura’s Fountain.

He hopes eventual new shelter capacity in Merced and Atwater will help residents “take back the park” with family and community-oriented activities. He also hopes more adequate beds for homeless people will give police some leverage in enforcing municipal codes in place to protect park features, pathways, and facilities from transients who choose to camp about with large quantities of personal belongings.

In recent days, fencing has been placed around the gazebo to restore the surrounding landscape, and some groups of people who have inhabited the area have moved closer to Bear Creek, according to Lara.

I saw Merced Police Chief Chris Goodwin at City Hall on Monday night, and he told me patrols have responded to suspicious activity and code violations in the very same Applegate Park area a total of 29 times last week in a 7-day period. That’s about four visits a day, and the response was recorded at all hours of the day and night. Last year, he said, police were called to the area or initiated proactive patrols a total of 512 times.

Merced Must Prioritize Stimulus Pay For Our Undocumented Farmworkers

City approves police upgrades after questions about the need