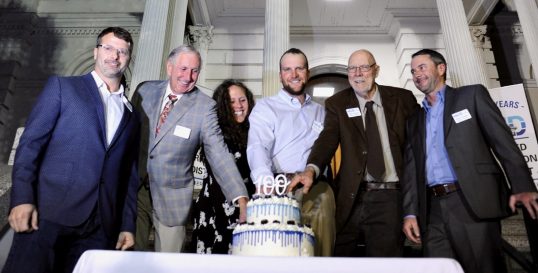 The Merced Irrigation District’s leadership team did the honors of cutting the cake to celebrate 100 years of service to the local community. From left, General Manager John Sweigard, and members of the Board of Directors, Dave Long, Suzy Hultgren, Mario Bandoni, Bob Weimer and Scott Koehn. 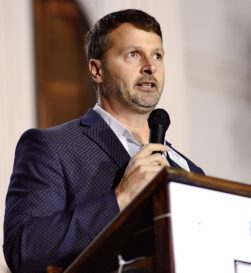 MID General Manager John Sweigard talks about his family history with the agency and the current mission to provide water and energy to local customers, while defending valley rights with lawmakers in Sacramento. 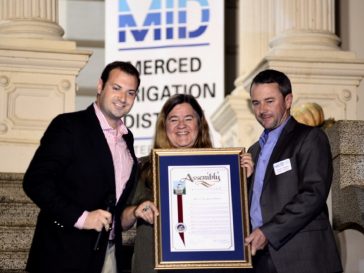 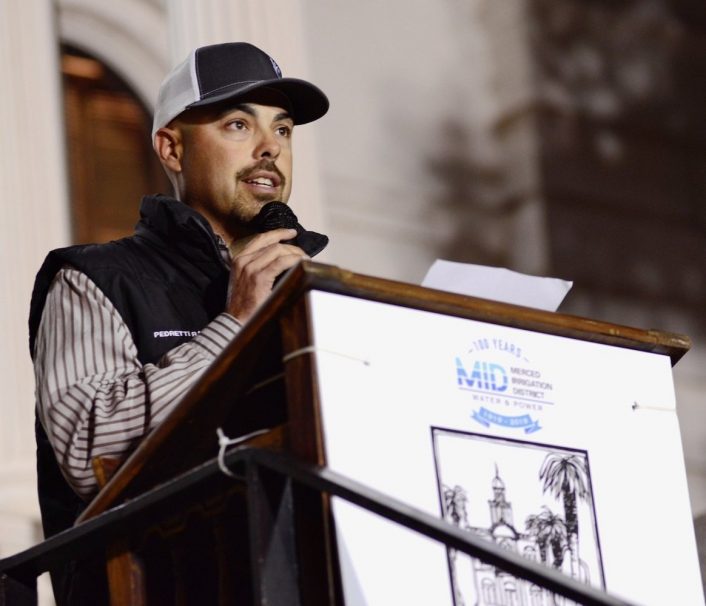 Gino Pedretti, the president of the Merced County Farm Bureau, speaks to the crowd about MID’s critical role MID in local agriculture. 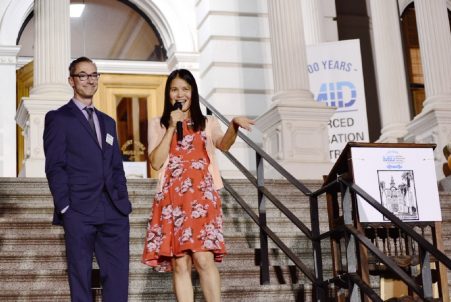 MID’s Mike Jensen and Museum Director Sarah Lim welcome residents to the 100th anniversary celebration and exhibit from the steps of the Courthouse Museum. 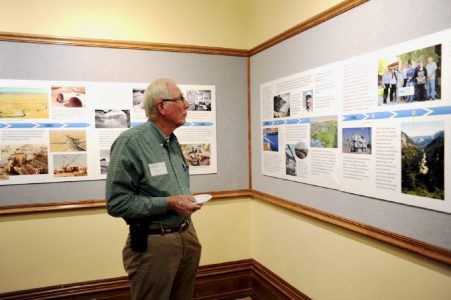 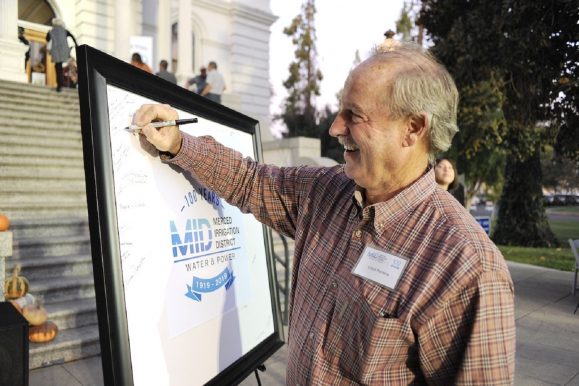 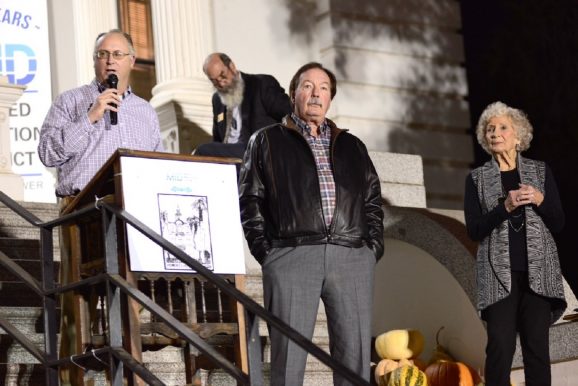 A large gathering of people from all walks of life were treated to an amazing event, both inside and outside of the museum. The Marchini family of Le Grand brought in their famous pizza oven and they were handing out slices to the crowd outside. There was also a table overflowing with delectable dessert items. And big round tables with chairs were set up all around the outside of the Courthouse for people to enjoy the food and, of course, to listen to the night’s presentation and guest speakers.

Inside, there was even more gastronomic treats — local cheese samples and nuts, hors d’oeuvres, and even a fine wine bar. But the big attraction was the museum’s latest exhibit that was on display. Residents were able to learn about how MID was formed in 1919 with the mission of providing water to local farmers. Photos, text and artifacts also illuminate the transformation over the past century, as MID evolved from a purveyor of water for agriculture to providing power and recreation to the community it serves.

Sweigard talked about how MID has become deeply engaged in a host of environmental stewardship efforts and is on the frontlines of many of California’s most pressing water policy challenges. Mayor Murphy praised the beneficial relationship between the city of Merced and MID, and new initiatives to sustain local water needs into the future.

Admission to the MID Centennial exhibit is free. Museum hours: Wednesday – Sunday, 1 p.m. – 4 p.m. The museum is located at 21st and N streets in downtown Merced.