Derek Parker has been named the City of Merced Fire Chief by City Manager Stephanie Dietz. He will start Jan. 4.

This is a homecoming for Parker, and his wife, Kimberly, since both grew up in Merced. He is returning to the community after working his way up through the Sacramento Fire Department.

“We are fortunate not only in having Derek’s experience but also in that he is closely connected to our community,” Dietz said. “In addition to his strong administrative and leadership skills, Derek brings a strong work ethic and commitment to excellence that will serve the department well.”

Parker, 44, started his career in 1995 at the McKee Fire Station working as a firefighter for the Merced County Fire Department. He left Sacramento as a battalion chief overseeing a $33 million budget.

“I’m thrilled to have the opportunity to come home and bring the experience that I’ve been able obtain from larger agencies back to the City of Merced and move forward with it,” Parker said.

“The Merced Fire Department has a great history of providing community-based services at a very high level,” Parker said. “The opportunity to expand on previous successes is an opportunity which I can’t pass up.”

For the past nine years he has been a Federal Emergency Management Agency section chief and has responded to incidents across the country. Most recently, he has been called out on Hurricanes Florence, Michael, Delta and Dorian to serve as the section planning chief.

Parker started out in Sacramento as a firefighter/paramedic and worked his way up as an engineer/paramedic before being promoted to captain/paramedic. Even as battalion chief, Parker said, “I am still a paramedic. One of my goals is to bring paramedics to the Merced Fire Department.”

A 1994 graduate of Merced High, his family owned Parker’s Hardware for decades. After high school, he worked for Riggs Ambulance for four years, then briefly in Selma, before heading north to Sacramento.

Parker started studying to be a firefighter at Merced College under former Fire Chief Ken Mitten. He holds a bachelor’s degree from Sacramento State and is working on a master’s degree in fire and emergency management from Oklahoma State University.

Parker is married to the former Kimberly Williams, and they have two sons, Aiden, 16, and Brett, 13.

He is a sports enthusiast, with football being his favorite, but, he said, “I follow lots of sports.” He likes to run and ride bikes to stay active.

Spending time with his family is a priority, and that includes traveling with them during vacation. “Unfortunately, we haven’t done much of that this year,” he said. 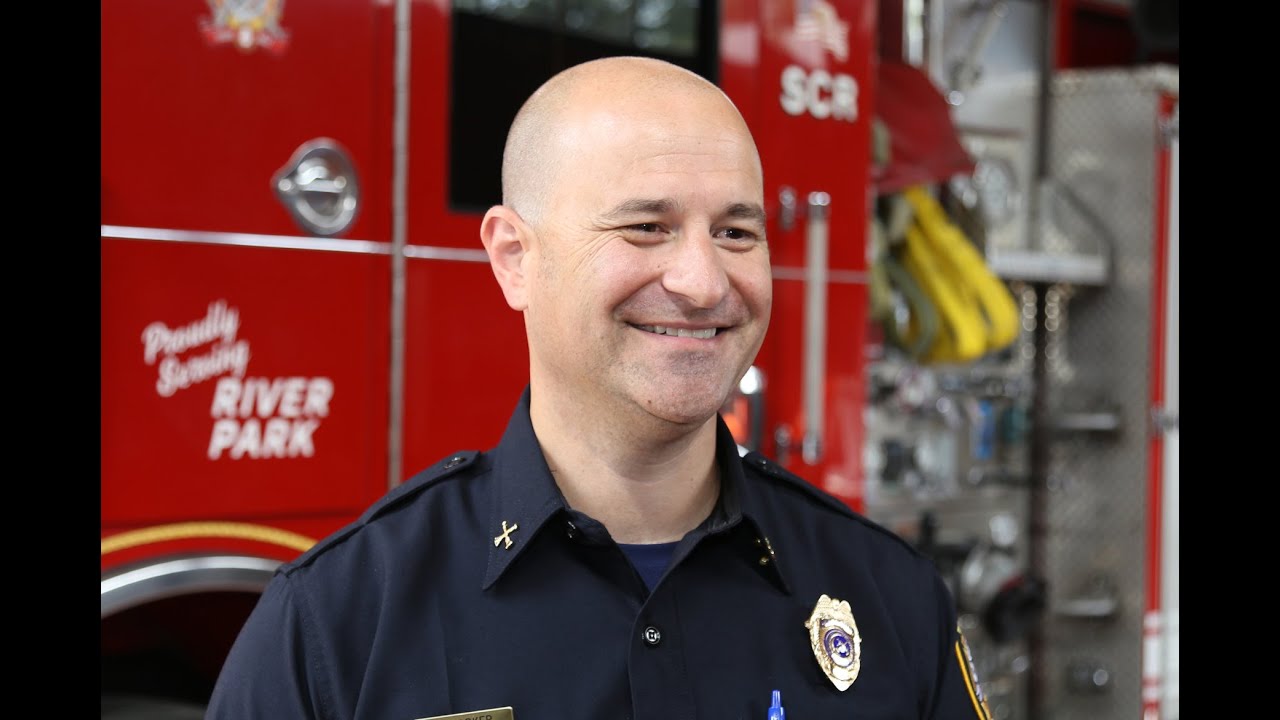