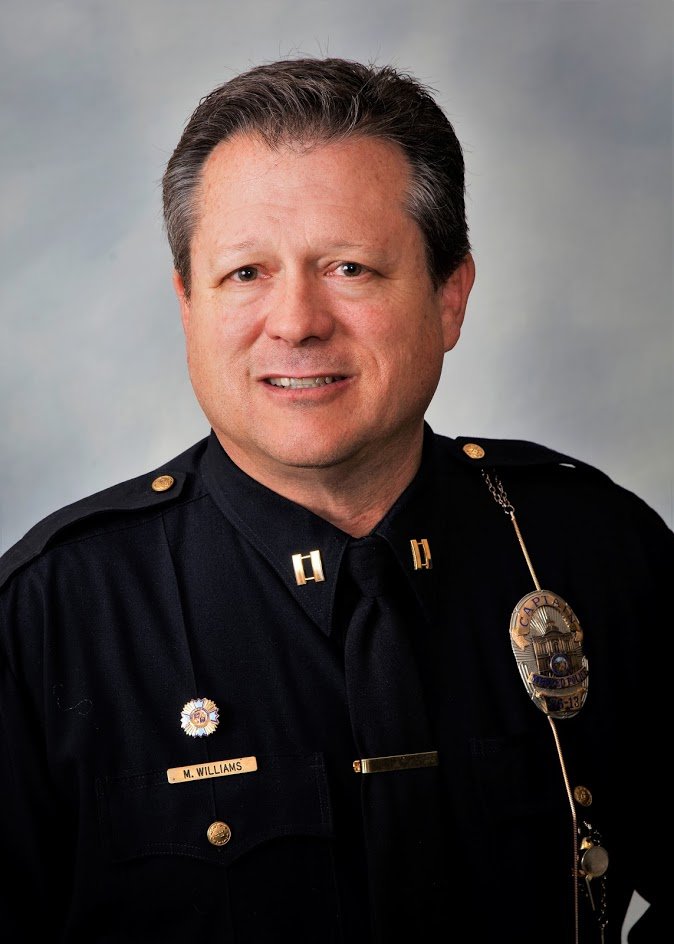 Capt. Matt Williams, a 30-year veteran of the Merced Police Department, has been named the acting police chief. He fills the vacancy left by the retirement of Chris Goodwin.

Williams, 55, will take over day-to-day operations of the Department Friday. For the last three years he has been on assignment as the Director of Law Enforcement at Merced College.

“Matt has been a tremendous asset in the Department,” said City Manager Steve Carrigan. “He knows the Department thoroughly, he understands police work and he identifies with the community. He will be key during this transition.”

Williams started his police career as a reservist in Atwater and in January, 1989, joined the Merced Police Department. Except for a three month break when briefly worked for a department in Montana, he was been in Merced. He worked up through the ranks, as an officer, sergeant, lieutenant and making captain in 2016.

Although he has served in SWAT, overseen special units and served in a number of other details, Williams said, “My heart is in training new officers.” He enjoyed his time as a field training officer and overseeing the training unit.

In 2016 the City contracted to oversee the Merced College Police Department, and Williams was put in charge. “I’ve been able to give the officers a lot more training and a lot more community activities – Shop With a Cop, National Night Out – so they can connect with the rest of the community.”

While he has been there the college has expanded the cameras on campus, installed new parking meters, started using a safety app and instituted active shooter training for everyone on campus. “It’s sad to say in the world we live in today that you have to have everyone from little kids in our preschool to staff members know how to react to an active shooter,” Williams said.

The 15-member college department also works and trains closely with the Merced Police Department, so the two agencies can operate together during a crisis. “They use our dispatch center, our evidence management system, report writing system, they wear body camera like our officers do,” Williams said.

Raised outside of Atwater, Williams worked in the family construction business as a child and before joining the Army. He served four years in the 75th Rangers Regiment, what he called a “foundational” experience.

Williams has been married since 1985 to Jeri, and has three adult sons and three grandchildren, with one on the way.

His years in the construction industry gave him the training to build his home from the ground up, with the help of his wife and some friends.

In his spare time he enjoys mountaineering, climbing and cross-country skiing. He’s a graduate of the Union Institute & University.