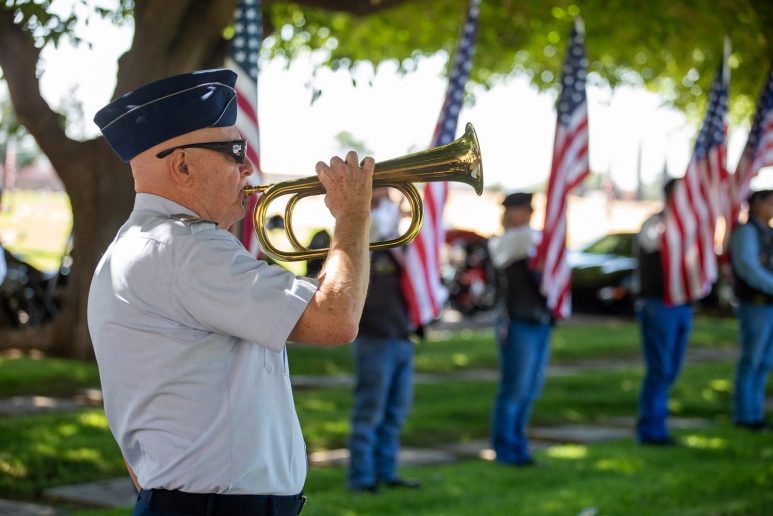 Flags line the perimeter of the Merced District Cemetery as the playing of Taps begins on Monday morning. 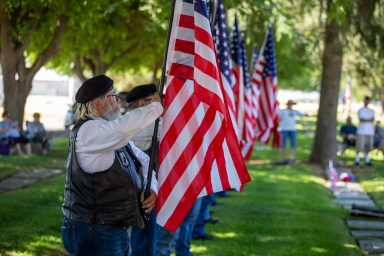 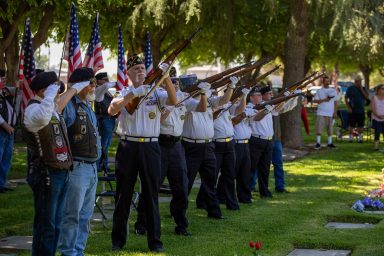 A 21 Gun Salute is performed at Monday’s Memorial Ceremony. 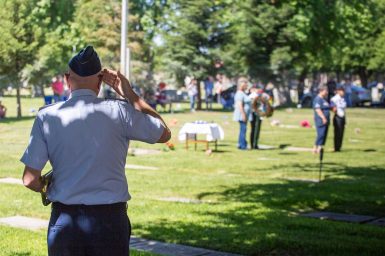 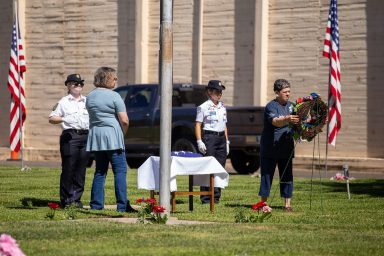 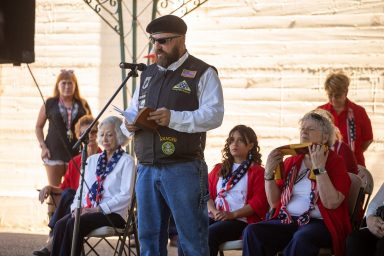 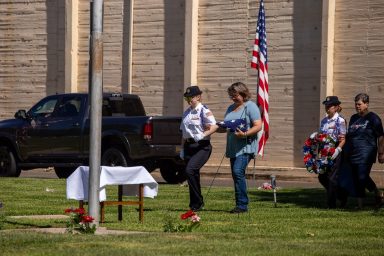 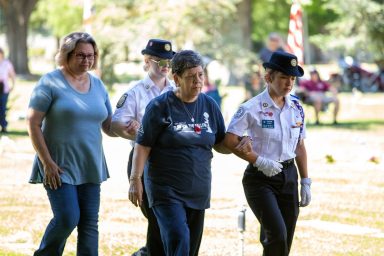 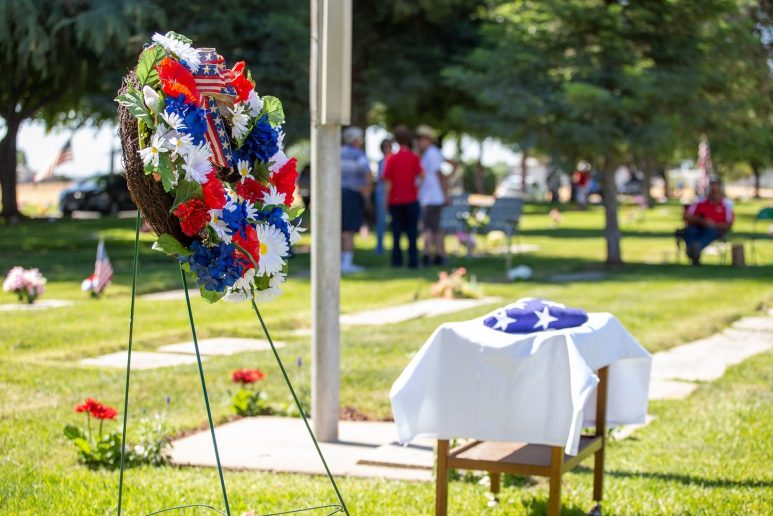 A wreath and a folded flag were placed next to the flag pole as part of the ceremony. 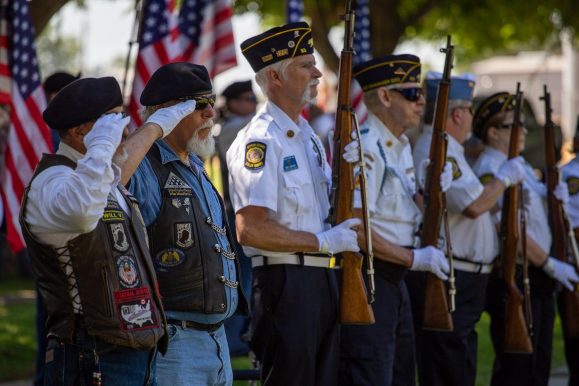 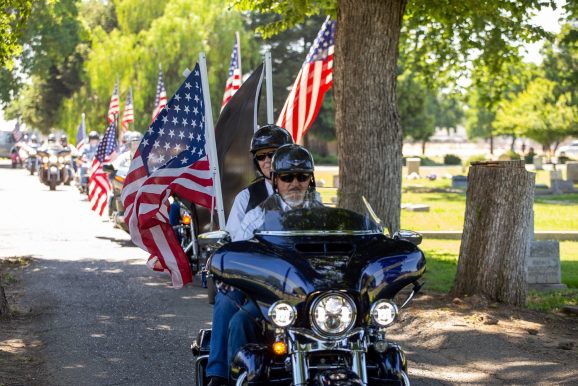 American flags wave in the wind alongside of flags that line the cemetery as the American Legion Riders exit the ceremony.

Residents from across Merced came together at the Merced District Cemetery on Memorial Day to honor those who have served the country. The ceremony brought together speakers, songs, prayer, as well as a flag-raising ceremony, a 21-gun Salute, and the playing of “taps”. Hosted by the American Legion Post 83, Monday’s Memorial Day service was highlighted by United States Army Special Forces veteran Randy Lane who served as the event’s keynote speaker.