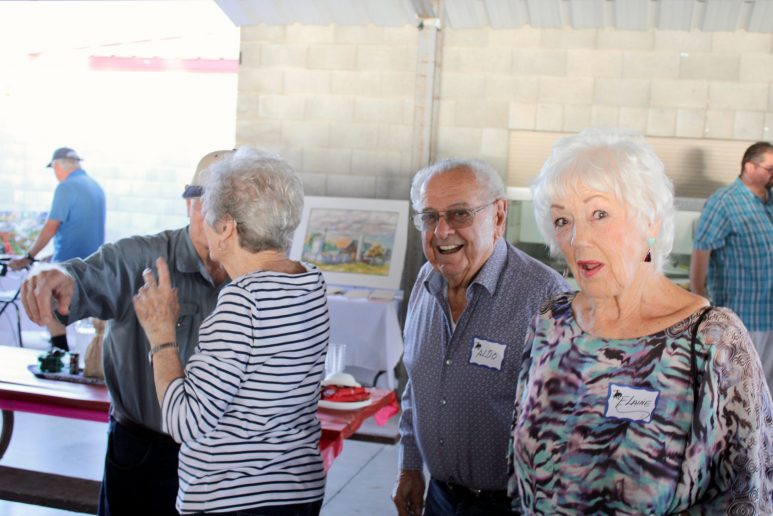 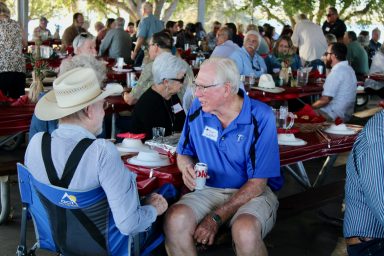 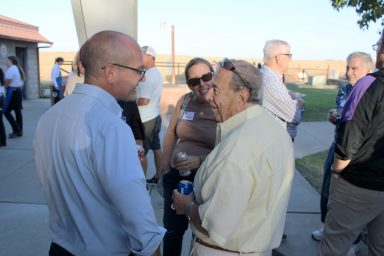 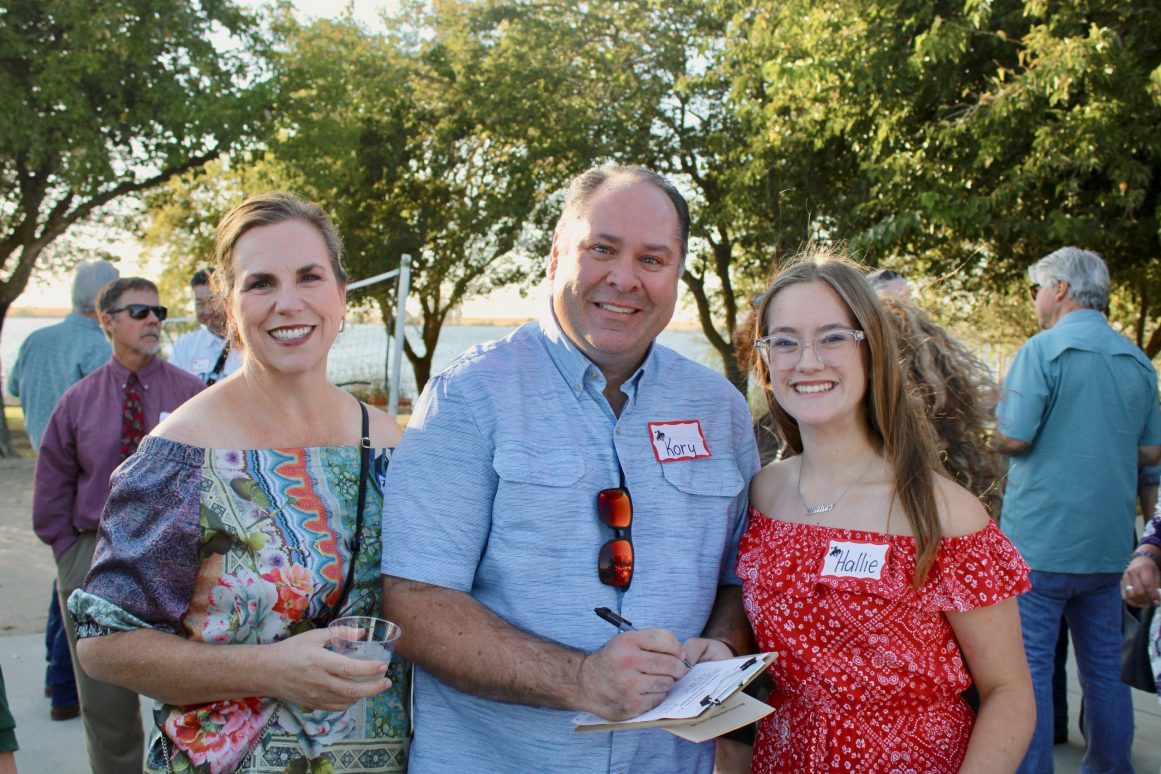 It is amazing when events like the Merced County Historical Society’s Bill Kirby Western BBQ keep getting better with each passing year.

Last week’s Western BBQ at Lake Yosemite was no different. A packed house was served up BBQ steak and chicken, but the auction, which pays for so many of the displays and other running expenses, went over the top.

Jim Cunningham and his friends’ dinner for 20 at Kathleen Crookham’s Ranch went for $3,500 to Peggy Larson and her team at TransCounty Title. A smaller dinner of ten catered by John Pedroso went to Cory Billings, a local Realtor.

The evening could not have been better. The weather, which had been so hot for the past couple of weeks, cooled off, and there was a nice breeze coming off the lake.

Sarah Lim was in her glory as the house was packed with all the supporters of the Courthouse Museum. She estimated 320 guests by the tickets which were sold.

Jill Cunningham did a great job as Master of Ceremonies and assistant to Auctioneer Connor Erickson,

Thanks to the help of the Future Farmers from Golden Valley High School, the service was fast, and the meat was still hot and tender. The chefs were Dave McComb, John Pedrozo, Richard Regalo, Bob Souza, Jim Cunningham, and Skip George. The bartenders were Neil Morse, Grey Roberts, and Berna Lucas. The kitchen crew was led by Julie Marchini, and the auction committee was chaired by Joyce Mattos. And the sound engineer was Nick Cuccia.

Special thanks to the Merced County Historical Society Board of Directors, Courthouse Museum Committee members, and volunteers for making this an excellent evening for all.

The Merced County Historical Society and Courthouse Museum is very grateful for the support and generosity of the community members.