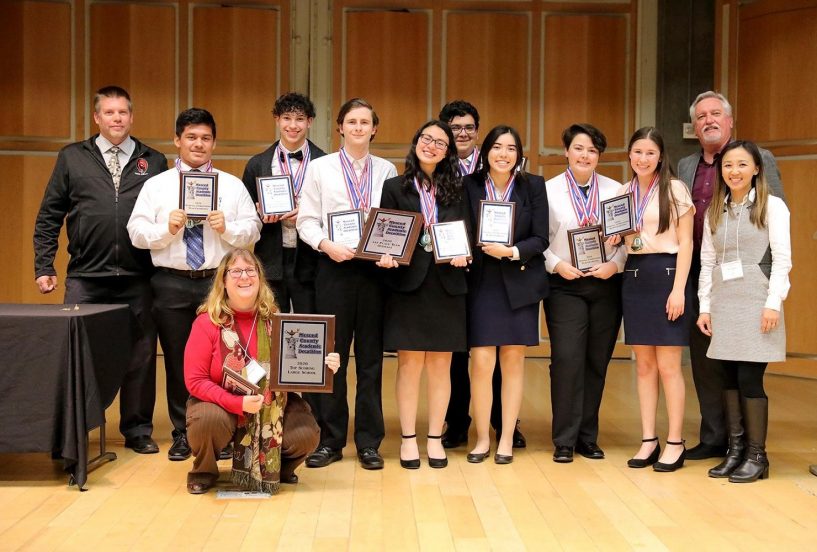 For the 12th year in a row, Merced High School took the top spot at the annual Merced County Academic Decathlon. 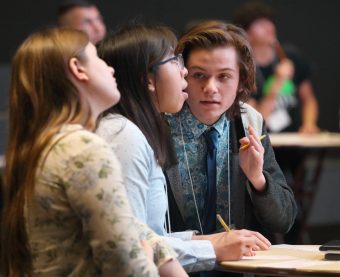 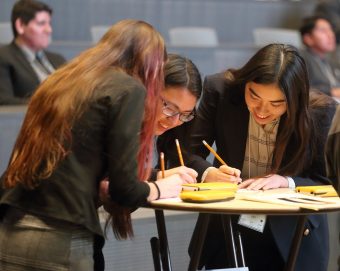 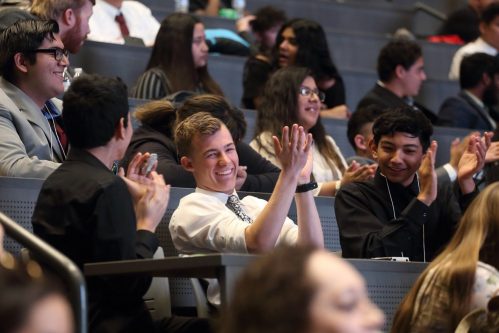 Throughout the competitive event, students, teammates, parents and supporters from competing schools cheered for their favorite students. 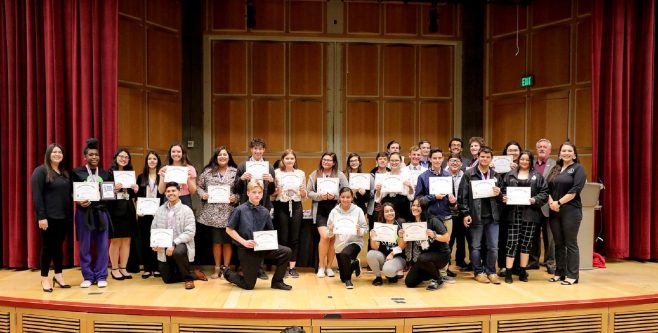 Merced County Academic Decathlon participants who earned the Merced School Employees Federal Credit Union’s Robert Wayne Scholarship. The scholarship awards $500 to the highest scoring student on each team and $250 to two other top scoring students on each team.

The Bears did it again last Saturday at UC Merced as they faced off with students from 10 Merced County high schools in the 39th annual edition of the decathlon.

Held in classrooms and lecture halls across the university, students displayed their competence in a variety of academic areas, including art, economics, language and literature, mathematics, music, social science and science. Materials presented throughout the competition followed this year’s theme of “In Sickness and in Health: An Exploration of Illness and Wellness.”

Golden Valley was the highest scoring team for the Super Quiz, while Merced High team member Laura Ness was the top-scoring student once again this year. She was also the top scorer in last year’s decathlon .

With the overall win, Merced High will go on to represent Merced County in March at the State Academic Decathlon in Sacramento.

Founded as a unique way to promote scholastic excellence, the Academic Decathlon brings together teams of nine students from a wide range of backgrounds and academic interests. During the months preceding the event, teams are coached by instructors as they prepare themselves for competition day. Coupled with the material in each academic area are communication tests that include essay writing, prepared and impromptu speeches, and oral interviews. Those placing in the top spots for the competition can walk away with awards and scholarships.

Sponsorship partners for the Academic Decathlon include the Educational Employees Credit Union, Community Foundation of Merced County, UC Merced, Merced Vein and Vascular and the Merced County Office of Education.

In addition, Merced School Employees Federal Credit Union donates $5,000 to sponsor the Robert Wayne Scholarship Program. Participating schools pay a $750 participation fee. Of that, $500 is matched by the Robert Wayne Scholarship Program. This brings the scholarships to $1,000 for each school. All participating teams are awarded that in scholarship money, two scholarships at $250 each and one scholarship at $500. Wayne, who founded Merced School Employees Federal Credit Union and served on the Merced County Academic Decathlon Board for many years, passed away on Nov. 9, 2009.

Top Scoring Student On Each Team