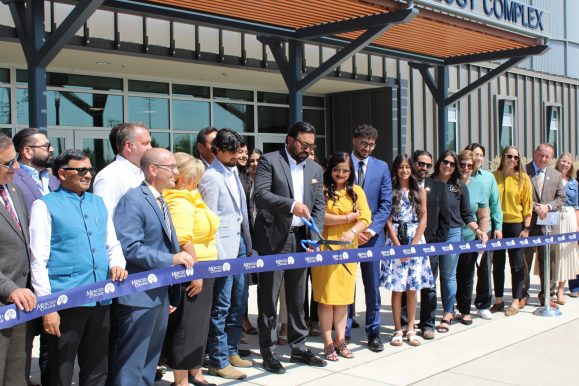 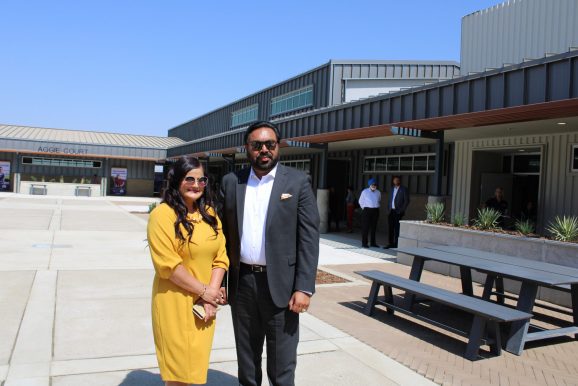 Merced College has opened the doors of its new Raj Kahlon Agriculture and Industrial Technology Complex — the first new building on campus in more than a decade.

A large crowd of agriculture students, staff and faculty members, local civic leaders, and state officials were joined by top officials from India and the extended Kahlon family, for a ribbon-cutting ceremony which was held last week.

Local farmer Raj Kahlon has committed $5 million to support the programs within the 29,000-square-foot complex — amounting to the largest donation in Merced College history.

Raj Kahlon said it was his way of “giving back” for having received the blessing of being able to succeed as a farmer in California’s Central Valley. His son, Udayraj, told the audience “The Power of Education” is essential.

And in a surprise moment, Kahlon said he and his two brothers, Paul Kahlon and Roma Kahlon, are pursuing an effort to add another $3 million to their family’s ongoing pledge to Merced College in support of agriculture education programs.

On hand for the event, California’s Attorney General Rob Bonta described the new campus facility as “investing in the community.”

Dr. T.V. Nagendra Prasad, the Consul General of India, said it was “a collaboration of two countries”.

Last but not least, Merced College President Chris Vitelli said, “The beautiful new facility is an incredible addition to Merced College’s main campus. It represents a remarkable investment in our students and in the future of our region.”

The $20-million-dollar building was paid for in part by a local bond passed in 2002, as well as special state funding, and the $5 million from Kahlon.

Jill Cunningham, the vice president of external relations for the college, was the MC of the event, announcing a long list of local people who had made the building possible. Dignitaries included Assemblymember Adam Gray, and there were also recorded video messages from H.E. Taranjit Singh Sandhu, Ambassador of India to the United States, and Congressman Jim Costa.

The building features a conference room named after Gray, a Merced College alumnus whose support helped secure state funding for the construction project.

“This is how we create better jobs, better lives and better opportunities for the students of Merced College and the people of the Valley,” said Gray. “To build this took dedication, determination and sacrifice by people like Raj, President Vitelli and many others. That’s what turned this complex into reality.”

Among the building’s highlights:

New Year, New You: Get Healthier, Happier With Merced College

A welcome break during ‘cram week’ at Merced College