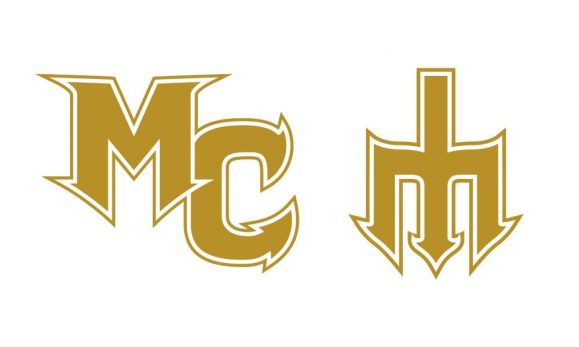 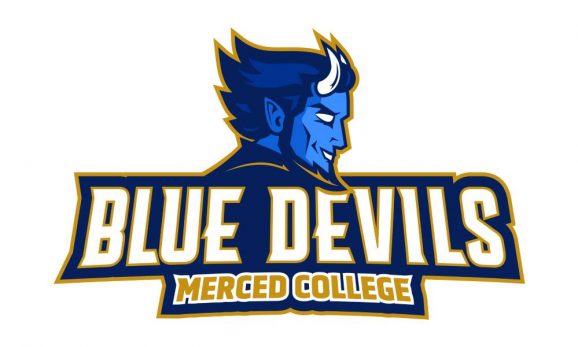 Nearly 60 years after students voted for “Blue Devils” over “Vikings” as the Merced College mascot, the college has unveiled a series of fresh new logos and wordmarks for its athletics teams and spirit branding.

The new Blue Devil will be featured in sports uniforms and on merchandise that will be available on campus and online in the coming weeks. A new version of the popular trident logo is also part of the brand refresh, along with a new “MC” monogram logo.

The new logos were designed by External Relations staff, with input from student-athletes, coaches and others.

One element that has remained consistent throughout the decades: Blue and gold remain the foundation of the college’s color palette.

According to a local newspaper article from September 1962, blue and gold were chosen as Merced College’s colors, beating red and gold in a student vote of 223-44. The Blue Devils vs. Vikings mascot vote came a year later, in October 1963.

“We’ve been Blue Devils in blue and gold for six decades, and that is not changing,” said Jill Cunningham, Vice President of External Relations. “Our sports teams and alumni deserve a modern, dynamic brand to capture the historic spirit and pride of Merced College, and we’re proud to give that to them. This has been a long time coming.”