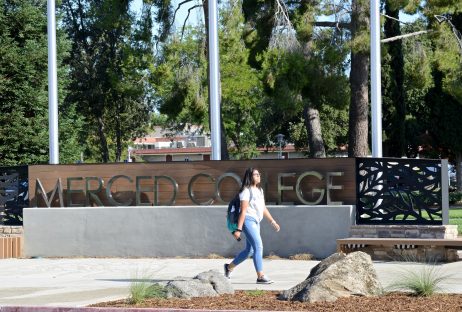 A Merced College student walks by the new flagpole centerpiece and sign at the main entrance to the campus along Community College Drive. 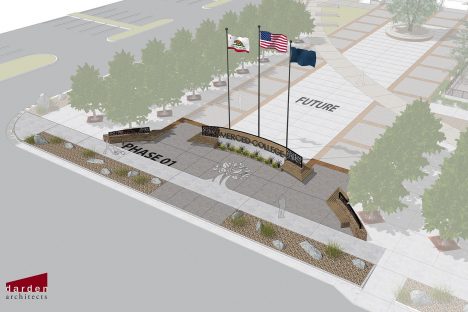 An artist rendering of the Plaza Project at the entrance to Merced College. 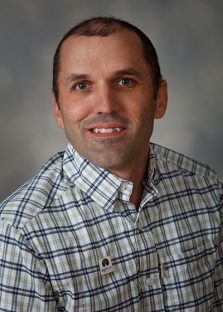 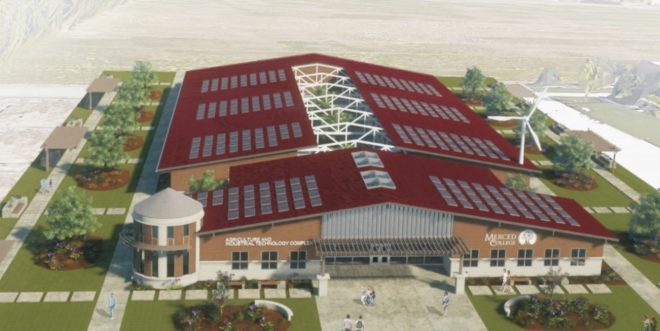 A rendering of the planned Agriculture and Industrial Technology Complex at Merced College. A design consultant is expected to be hired this fall, and college officials are hoping for ground to break on the project in spring of 2020. 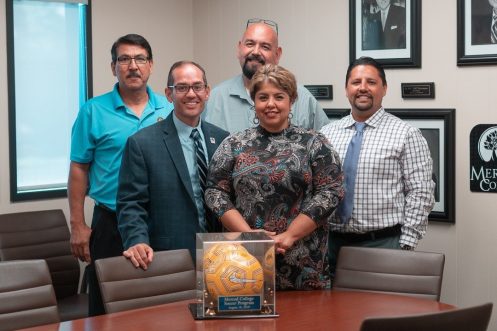 With already strong momentum in the areas of enrollment, affordability, investment and campus life, Merced College is on a roll at the start of the 2019-20 academic year.

Early data indicates enrollment is continuing near or slightly above last year’s phenomenal level of more than 10,000 “full-time equivalent” students, among more than 18,000 total students exploring opportunities at the college and its network of services.

MC officials say transfer rates are up, and completion rates are higher.

Excitement is in the air with the recent announcement of a new collegiate soccer program returning to campus.

At the campus main entrance, an attractive flagpole centerpiece is now in place — part of the first phase of an ambitious Plaza Project to welcome students and visitors alike.

The Ag Division, by the way, has a new, dynamic dean that many in the community already know. Bryan Tassey has interacted with the college since he was a kid following in his father’s footsteps. He will have a lot to work with including rows and rows of pistachio trees that are being planted on about 100 acres of college land just outside of Merced on McHenry Road. The project will generate additional funds for the college as well as provide an agricultural land lab for students to learn production and harvesting practices.

“For the first time in many years, there are a multitude of positive things going on with Merced College, and people in this community are realizing the value of education they receive at their junior college,” said MC President Chris Vitelli in an interview with the Times. “If a student at a high school wants to go directly to a four-year university, I want that for them. But I also want them to know that they also have a high quality educational opportunity with a two-year college. I think the community recognizes that. People are speaking very highly about what we are offering right now.”

Vitelli added that “well-grounded” two-year transfer students to universities have a higher completion rate than those who go directly to four-year universities.

And he credits the recent surge in enrollment to two key initiatives, one of which he calls a “game changer for Merced.”
“First, I think Merced College is reminding folks in the community of the valuable education they can receive. And second, we have the College Promise program which means ‘First-Time plus Full-Time equals Free’ … Now full-time students have an opportunity to be part of an institution that is focused on teaching, and tuition is free for their first year.”

Not only that. Governor Newsom just signed a bit that will extend the “promise” to a second year that’s free for students. The extension could be in place as soon as next spring.

The MC Board of Trustees gave the green light last week for the return of competitive Men’s and Women’s Soccer to Merced College, some 15 years after cutting ties with a previous program.

“The thing I’m most excited about is that the community has embraced soccer for many, many years,” said Trustee Ernie Ochoa. “We are a community that loves soccer. Now a lot of our kids growing up here will have a pathway from grade school to high school to Merced College and UC Merced. We are finally connecting all the dots.”

Two coaches are expected to be hired this spring, and competitive play could begin as soon as the Fall 2020 season.
Dr. Michael McCandless, the vice president of Student Services who was on the soccer task force, said the idea of soccer teams at the college was one of the most frequently asked questions during community outreach in recent years.

Over the years, maturing trees have grown to a height that obstructs the original college flagpole near the Administration Building.

In recent years, the Merced College Foundation Board became involved in a relocation plan. Members worked with the school administration and private architects on a new Plaza Project. The location is in close proximity to the annual Field of Honor that’s hosted every November for Veterans Day, and also the Peter Gallo Veterans Resource Center.

Harris Construction began Phase 1 this summer, and today three new flagpoles and a Merced College sign are now in place along Community College Drive. The new design will include the California and Merced College flags flanking Old Glory on either side. Also, the college logo is beautifully imprinted into the concrete in front of the sign. An official flag raising ceremony for the community is expected sometime in October.

Each plant being used to landscape the plaza will be entirely new to campus and will offer plant identification challenges for Landscape Horticulture students. The start date for Phase 2 is still to be determined but will include the addition of dozens of shade trees and seating options for students.

His father worked at Merced College and he practically grew up on campus, according to President Vitelli.

Tassey is a Merced College and Cal Poly grad. He worked for many years as a faculty member in the Horticultural Department. More recently, he has been the director of Landscape, Farm Management and Special Projects.

Said Vitelli, “Bryan has a long history with the ag department. We are excited about him stepping into the role, and I know he will be vested for many years and help grow the program.”

It would be the first time in nearly two decades that the college would ask local voters to support a tax to improve agricultural programs, classrooms, and laboratories.

“We have to expand our instructional space and our footprint in order to expand access to the community,” Vitelli told the Times. “The board will consider action in October. Right now we are exploring the opportunity. We do know the community has been overwhelmingly very supportive of Merced College and what we are doing.”

Last but not least, there’s something else the community and its leaders might want to consider as Merced moves forward with more and more students and expansion plans.

The Times asked President Vitelli about the role Merced College plays in regional economic development and workforce development — two topics that are of the utmost importance for local communities struggling with some of the highest unemployment rates in the state.

Vitelli said: “If a company or an organization is considering Merced County as a place for business, a majority of their workforce is going to come from skilled laborers that we are producing at Merced College. … We have some of the strongest workforce development programs in the valley, and companies need to know that. This community needs to tout all the educational opportunities they are getting from Career Technical Education programs located at Merced College.”