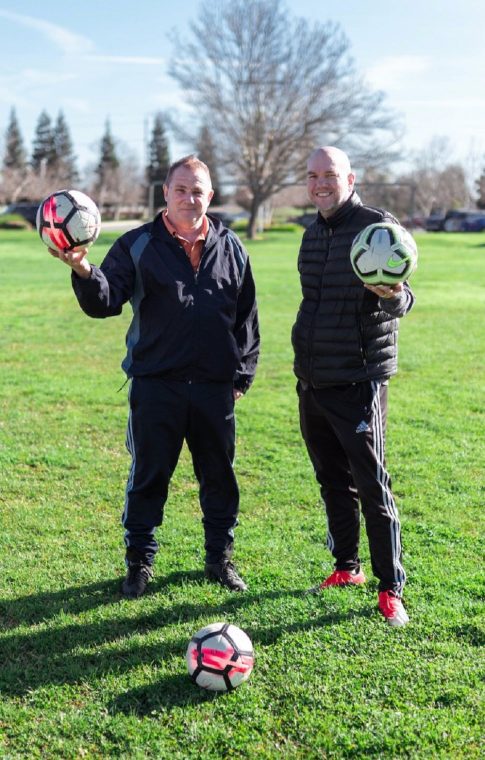 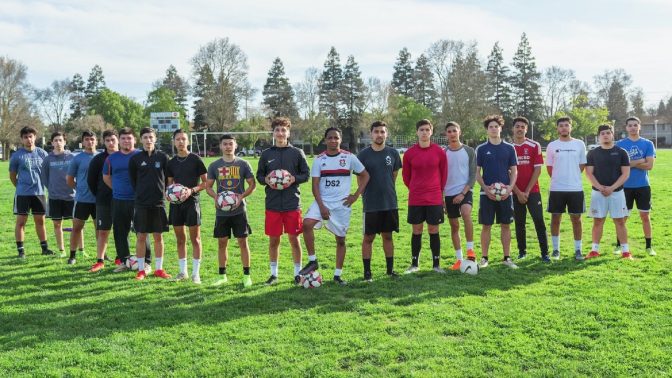 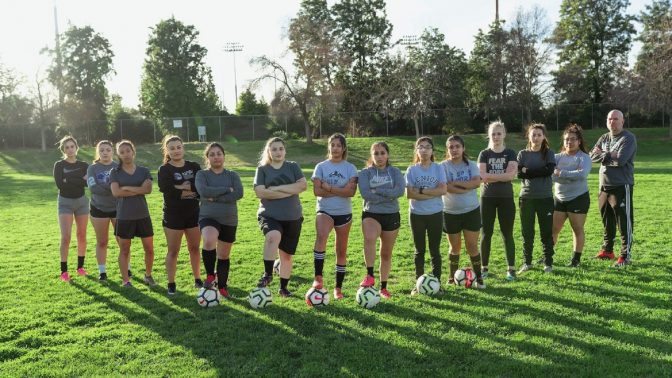 As a kid growing up in Doncaster, England, soccer was less of a sport and more of a way of life for Ian Stapleton.

From the time he was seven years old, the new Merced College men’s soccer coach said his free time was spent on some form of pitch or another.

“It’s not like in the (United) States,” Stapleton said. “We just played soccer all the time. We’d just pull off our jerseys and they’d be the goal posts. All through Saturday and Sunday, me and my mates would just play.”

The Merced College women’s soccer coach was well into adulthood before soccer immersed itself into his life.

It started with watching Spanish broadcasts of the English Premier League. Within a couple years, it had bloomed into a full blown love affair. Daughdrill quickly made up for lost time, joining Merced’s old indoor soccer league as a player and getting into the youth coaching ranks.

“I came to soccer about the same time I stopped watching basketball,” Daughdrill said. “It all started with just watching games in Spanish and I became obsessed pretty quickly.

“It’s pretty much my life now. After class, I’m going to go do some scouting and catch a high school game. We have college showcase this weekend with our club team. And of course, it’s the EPL tomorrow. So, it’s soccer, soccer, soccer.”
As different as Stapleton and Daughdrill’s backgrounds are, their knowledge and passion for the sport made them obvious choices to help lead the building of the men’s and women’s soccer programs.

They won’t have to sell the idea. For years, new Merced College students have been listing “soccer” as their No. 1 interest on entry surveys they fill out when they start.

The push to add soccer grew when the CVC added the sport in 2008. The Merced College Board of Trustees appointed a task force to study the feasibility of adding women’s and men’s soccer to the athletic slate. The answer the committee came back with was, basically, “Do it. It’s a no-brainer.”

The coaches will have to hit the ground running. Both teams are set to start competing in Fall 2020. The process moved quickly. The CVC only needed a letter from the College saying they were ready to compete.

Stapleton and Daughdrill can develop their teams by recruiting on campus and developing a pipeline from their own backyard. They can grab seasoned players from local feeder schools and track the waves of youngsters who play at Merced College facilities year-round.

“Every day in the fall, our fields are filled with youth soccer leagues,” said Merced College Vice-President of Student Services Mike McCandless. “I remember our president Chris Vitelli once telling us that if we were to build this school today, soccer would be the first sport we would add.

“We can’t put this off any longer.”

The resources are there. Now comes the work.

“It’s definitely daunting thinking about how fast it’s all coming and how much needs to be done,” Stapleton said. “It’d be a lot easier if I was just stepping in to something that was already established.

“It’s also exciting knowing that I get to help shape the program as we build it from scratch. And I think it’s something the school and community need.”

“It’s kind of a travesty that we are losing so many players to other places,” McCandless added. “It puts an undue burden on them to continue their athletic careers, having to attend school away from home.”

While this will be the first program Stapleton has started from infancy, he has plenty of coaching experience to call upon to build a Blue Devil soccer home.

The accounting professor played soccer throughout college and even earned a few professional tryouts before settling in as a coach at Weymouth College for 12 years. He took a little time off after his move to the U.S., but eventually started up again with Merced United after his own children started playing.

“There’s a lot of good players in the area, so I’m hopeful we can put together a program we can be proud of,” Stapleton said. “I think the potential is there to have a solid first season and then we’ll be able to build off of that and just get better and better.”

Daughdrill’s coaching resume isn’t as lengthy as Stapleton’s, but he has the advantage of knowing the Merced County soccer scene well.

Daughdrill has consistently coached youth soccer in the Merced area since 2007 and began coaching at the competitive level in 2011. The English professor has been a competitive head coach for the last four years and is in the process of completing the U.S. Soccer Licensing Program.

“That first season is definitely coming up fast,” Daughdrill said. “The coaching, I’m not concerned with. That part is easy. It’s the fundraising, the paperwork and all that other stuff that’s going to be completely new.

“I’ve been leaning on the Caseys, Bob and Jessica, and Nate Devine, asking a lot of questions about how they go about running their programs. They’ve given me a lot of good information.”

Both programs are set to have a soccer conditioning class beginning in Spring 2020. It’ll allow the two head coaches to get a feel for players already available to them on campus and the areas they are going to need to fill via recruiting between now and Fall 2020.

Again, Daughdrill and Stapleton are not going this alone. McCandless said when the college first announced they were mulling over adding soccer, all the soccer heads came out of the woodwork.

“We had more volunteers to help than any other initiative we’ve had at the college,” McCandless said. “We had people sending in resumés just to get on the task force. They just wanted to be a part of it all.”
Blue Devil soccer is off to a good start.

Nannini Game is back in action