They Fought, Died For Our Freedom 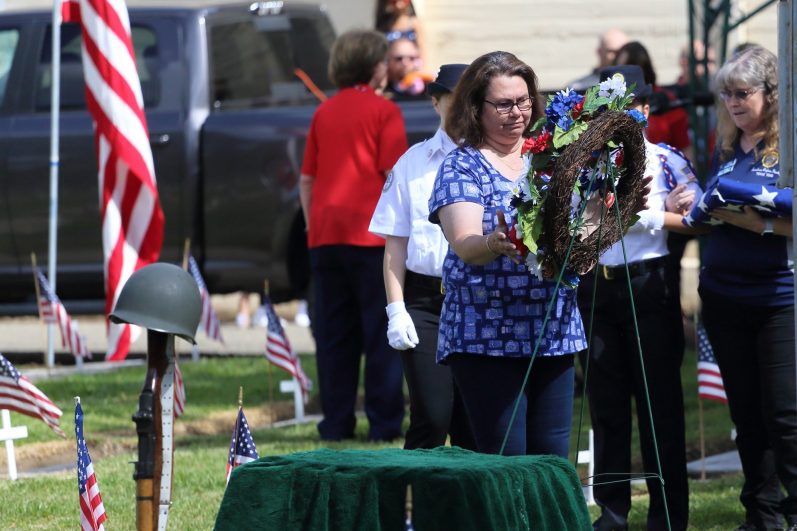 Blue Star mothers Sandy Tollefson and Danielle Lightner lay a wreath and folded flag at the base of the flag poll during Monday’s Memorial Day ceremony. 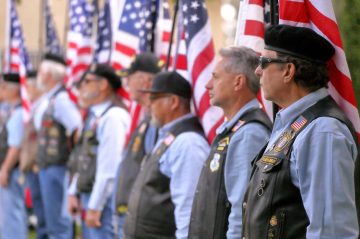 The American Legion Riders Chapter 83 stand with the American flag in hand. 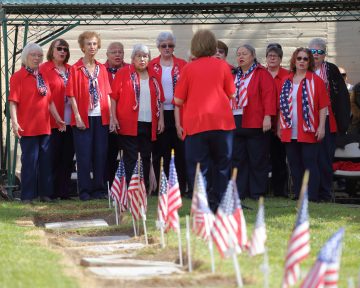 Members of Harmony Valley Chorus perform the Battle Hymn of the Republic during the Memorial Day ceremony at the Merced District cemetery. 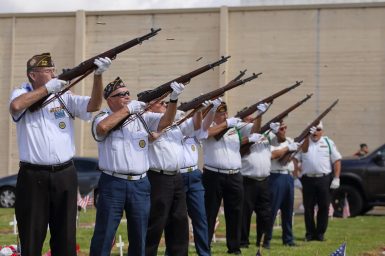 Members of the American Legion Post 83 Honor Guard fire their weapons during a 21-Gun Salute on Memorial Day at the Merced District Cemetery. 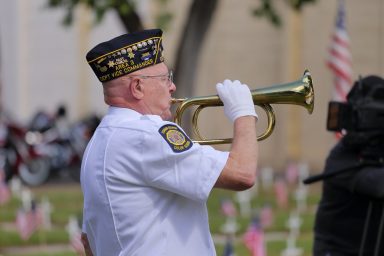 Bill Dacus fills a quiet cemetery with the somber sounds of Taps following the 21 Gun Salute. 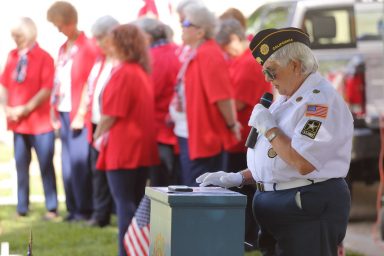 Residents from throughout Merced County made their way to the Merced District Cemetery on Monday to pay their respects to the brave men and women who fought and paid the ultimate price in securing the liberties and freedoms enjoyed by citizens across this nation.

The ceremony started in the morning, inside the Veterans Section of the cemetery, with an invocation by Post Chaplin Josie Fragnito-Lira. The following proceedings were led by District 12 Commander Gene Hamill.

A Presentation of Colors was conducted by the American Legion Riders Chapter 83, as the Harmony Valley Chorus performed the Star Spangled Banner.

Blue Star Mothers Sandy Tollefson and Danielle Lightner were called upon this year to conduct the presentation of a folded flag and wreath at the base of the centerpiece flag poll.

As the event came to a close, the chorus filled the air with a rendition of the Battle Hymn of the Republic. Following the Memorial Day ceremony, those in attendance were invited to make their way to a BBQ lunch onsite, and an open house at the American Legion Hall on Main Street.