MCSD board introduces next leader of city schools 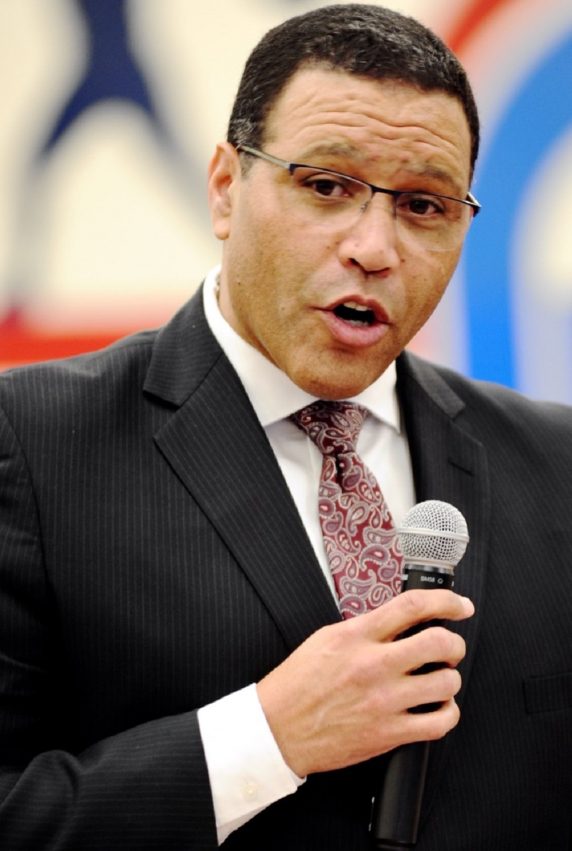 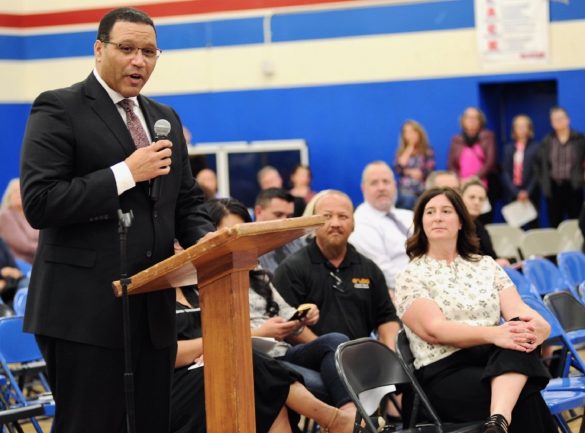 Dr. Richard ‘Al’ Rogers speaks to the Merced City School District Board of Education as his wife Holly (at lower right) looks on. 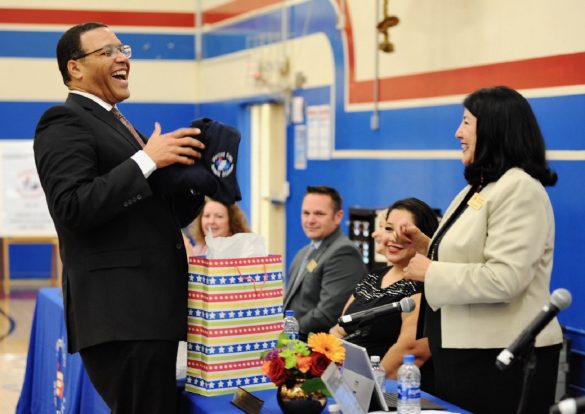 Dr. Richard Alan “Al” Rogers, the next superintendent of the Merced City School District, received a warm welcome at Tuesday night’s Board of Education meeting, held inside a crowded Hoover School Gym filled with parents, students, administrators and elected leaders.

“I commit to you that I will work collaboratively with all staff, our labor partners, our community at large, and especially with parents and families, to sustain and extend the district’s tradition of excellence and service to children,” Rogers told the board after members approved his hiring.

Rogers — who most recently held the position of deputy superintendent for the Sacramento County Office of Education — will officially start in his new role on Jan. 1. His board approved annual base salary was set at $250,000.

He replaces Dr. RoseMary Parga Duran who is retiring after a remarkable 12 years of leading the district which she has served for 35 years, and a 43-year career as an educator in Merced County.

In Sacramento, Rogers organized and led more than 700 full-time and 500 part-time employees. He led a team that provided a wide array of programs, projects and services supporting over 245,000 students in 13 public school districts.

According to a district bio, “Dr. Rogers grew up in the Sacramento area in a tough neighborhood and found, in the public school system, his path to a career in which he feels in his heart that his mission is to make his community stronger and more responsive to all young people, but especially those who need the most support. This is his ‘North Star’ and he carries it into his work with staff, school districts, and everyone in the community. He is truly dedicated to making schools in the community he serves the best they can be in offering all students the opportunity to reach their full potential.”

Rogers earned an Ed.D. from the University of the Pacific. He also has two master’s degrees from Chapman University: one in school administration and another in curriculum and instruction. He earned a bachelor’s degree in history/Spanish from Sacramento State University, and an associate degree in languages/literature from Sacramento City College. He is the product of Sacramento public schools, having graduated from Sacramento High School.

At the meeting, Rogers told board members: “As the elected representatives of this community, along with parents and families, you carry ultimate responsibility for the learning and development of over 11,000 children, and I know how seriously you take these responsibilities. And I’m happy to stand alongside you and the rest of our school community in service.

“My first grade teacher remains for me a shining example of how arts, music and family can be woven together to make a child feel free, safe, and happy while learning how to compute, read and to write well. The impact of one caring adult can have such a powerful effect on a child’s life and I won’t lose sight of this in the work ahead.”