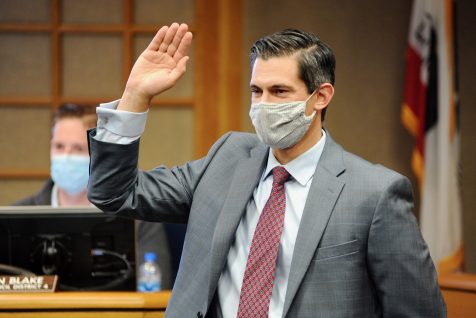 ‘To me there is nothing better in this world than to have the opportunity to do important work, to do big projects, and to do so with people who you really like and respect. And to have purpose to tackle big challenging issues and to be really in the middle of things.’ — Matthew Serratto, new mayor of Merced. 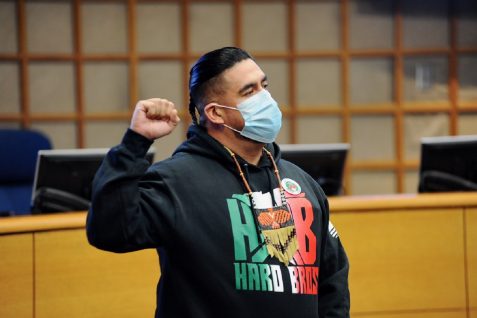 ‘I feel like I live in the best community. I feel really invested in my district. And I’m really grateful that the voters in the district took a chance on me and invested in me.’ — Jesse Ornelas, new Merced City Council member represening District 1 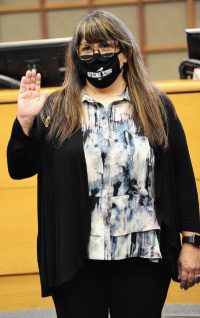 ‘I just want to say thank you for giving me this opportunity to be able to bring some change to the city of Merced.’ — Bertha Perez, new Merced City Council member representing District 3. 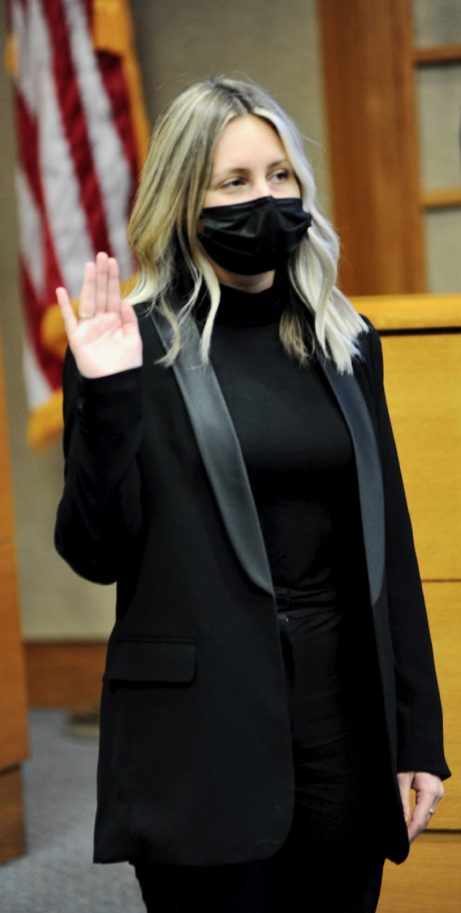 ‘It’s going to be a lot different sitting here for the City Council meetings and not watching them in the living room on my TV. Thank you again to everyone. I’m really happy to be here and excited to be doing this.’ — Sarah Boyle, new Merced City Council member representing District 5 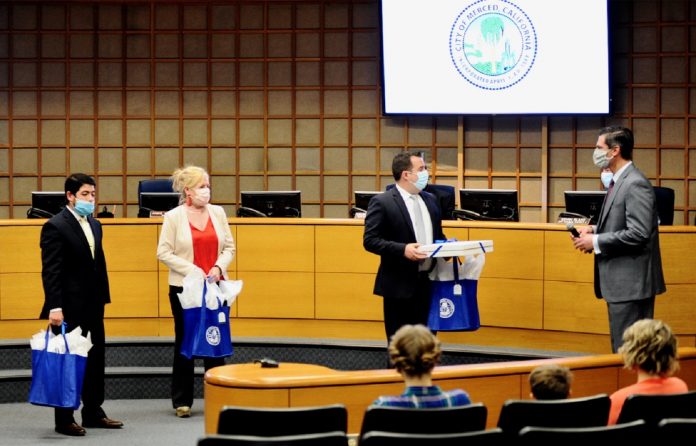 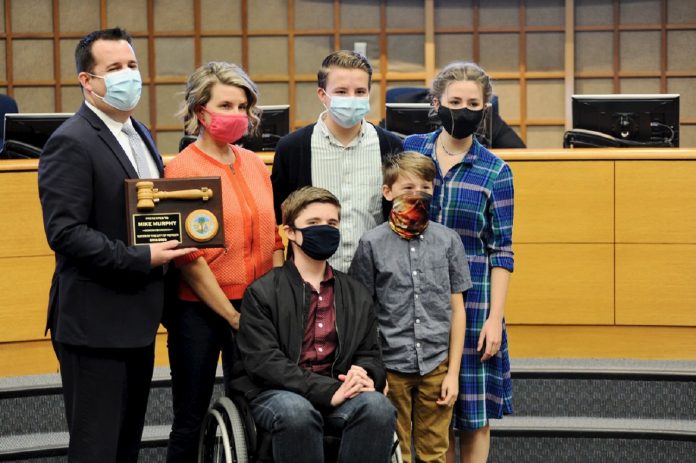 Former Mayor Mike Murphy and his family members pose for one last photo in the City Council chambers.

Mayor Matthew Serratto — the former councilman who represented District 5 up until this month — was sworn in to a four-year mayoral term — a historic first after voters decided in 2018 to extend the mayor’s term by two years.

After everybody took their new seats, Mayor Serratto reminded his new colleagues: “Sometimes we’re going to have spirited debates, but at the end of the day we’re all part of the same team.”

The new members join Fernando Echevarria (District 2), Kevin Blake (District 4) and Delray Shelton (District 6), who are already on the council.

In his first official action as mayor, Serratto nominated Blake as the new mayor pro tem for the next year. The rest of the council unanimously agreed.

The pomp and circumstance also included a farewell to outgoing Mayor Mike Murphy, along with City Council members Anthony Martinez and Jill McLeod.

Blake told Murphy: “We’ve spent the last seven years together … When you began, you really brought a level of professionalism to this council that I hadn’t seen up to that point. And you maintained it the whole time.”

And Serratto said a special goodbye to both Martinez and McLeod together since they all were first elected together back in 2016.

He said: “It’s difficult to be in closed session all the time, dealing with difficult issues — issues that sometimes we are not going to see eye to eye on — and never once did any of us lose any respect for one another … It was always professional and always constructive. And I think our class, 2016, did great work.”