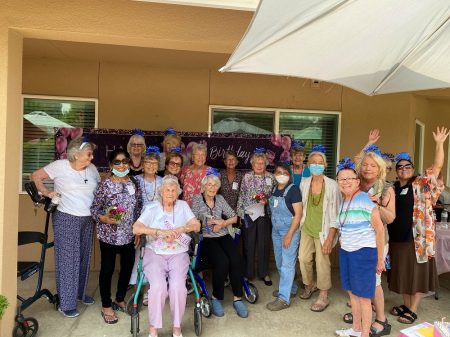 The Merced Garden Club celebrate with Mary Berklich on her 100th birthday. Mary has been a member of the club for more than 45 years. 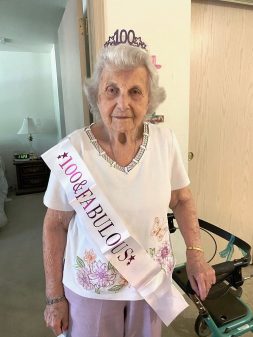 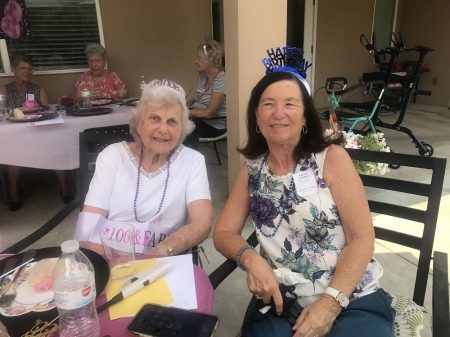 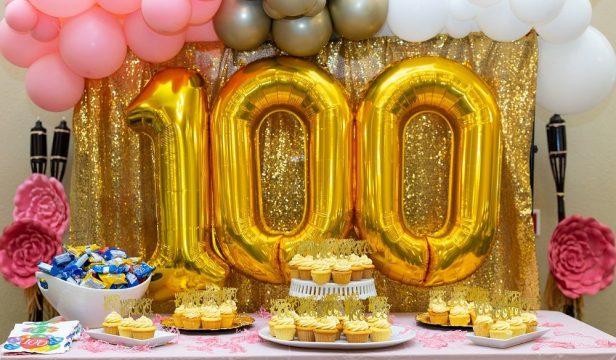 Golden cupcakes for the centennial celebration. 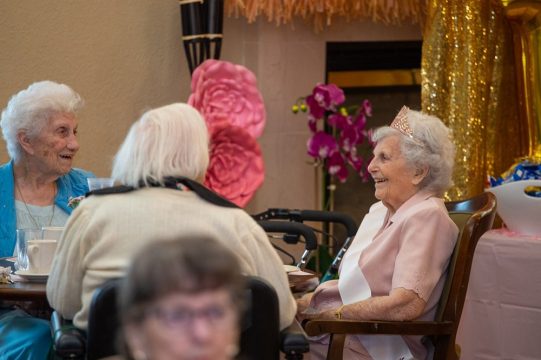 Mary Berklich smiles with friends during her 100th birthday party at The Hampshire.

Family and friends joined together last Saturday to celebrate the 100th birthday of Mary Garrity Berklich.

Berklich said she feels great and was happy to be celebrating her 100th birthday as she was surrounded by friends and family. When asked about the secret to living to the age of 100, Berklich said she was able to do it by focusing on “just taking each day one at a time,” and that while “some days are good and some may be bad, you have to continue working through them.”

Berklich resides at The Hampshire in Merced, and staff members helped prepare a special lunchtime celebration for her. They noted numerous historical events that had taken place throughout the 36,525 days that have comprised her life so far. And they were happy to report that Berklich remains healthy and strong.

Berklich was born on Aug. 21, 1921, in Milwaukee, WI, and grew up in Hibbing, MN. She attended school in Hibbing, and later St. Scholastica College. During World War II, she worked in the regional office of a large iron ore company. It was considered an essential business for the wartime effort to produce vast of amounts of steel. All employees had to work rotating shifts as the company was running 24 hours a day.

She met her future husband after the war, and she and Mike married in June 1948.

Berklich fondly recalled her wedding ceremony and the birth of her children. She laughed when she remembered a hectic family move to California as she rode in a car with an 8-month old on her lap and the family dog inside of a transportation crate on the roof of the car. The dog became sick and they had to pull over. They had decided to clean the animal on the side of a riverbank when one of the young kids inquisitively asked what a rattlesnake looked like. After relaying a general description to the child, it was at that point they all realized a rattlesnake had actually appeared from the brush and was far too close for comfort, and they quickly got back in the vehicle.

Over the years, Berklich has devoted her time to a number organizations throughout the local area, including as a hospital volunteer for 40 years, singing in the church choir, and teaching religious education at Our Lady of Mercy. Mary has also been a member of the Merced Garden Club for over 40 years. On Aug. 18, members of the Garden Club surprised her with a luncheon in her honor. Berklich was presented with a gift of 101 dimes for the 10-cent bingo she plays with other residents at The Hampshire. Berklich is also season ticket holder with the Merced Symphony.

Her husband Mike died four years ago, and Mary resides now at the Hampshire where she remains quite active. She went on her first cruise at age 97 and loved it. She still enjoys traveling to see her children. Mary has four children. She also has four grandchildren and two great grandchildren.

Her birthday celebration continued at the Branding Iron restaurant in Merced where she enjoyed lobster and a glass of Chardonnay with her family.