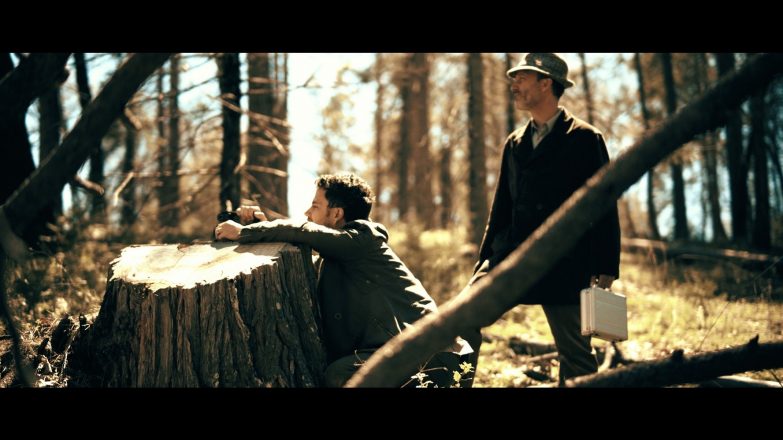 The local ‘Chronofilm’ project started with an award-winning short film and has transformed into a TV show series. 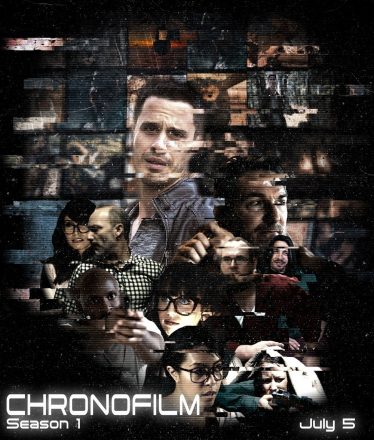 The local ‘Chronofilm’ project started with an award-winning short film and has transformed into a TV show series.

Andrew Burkum, a local artist, acting teacher and one of the founders of the  Merced-based Phoenix Creative Collective, and Christopher Velazquez, a local filmmaker who heads Violette Films in Merced, shared with the Times how Chronofilm the Web Series was created from a short film which won awards at festivals and is now available for viewers to see as a TV show streamed on Amazon Prime Video. The concept for Chronofilm was originally formed by Christopher Velazquez of Violette Films in Merced.

In 2011, Velazquez had the idea for a film about time travel, recording history and the stress that witnessing events that have already taken place without being able to change them would create in his team of time travelers.  It took him about five years to get the story idea written down, and in 2016 Velazquez filmed the short, entitled “Chronofilm”.  After a successful local debut, the film traveled the independent film festival circuit and did remarkably well.

In early 2017, a team of local filmmakers led by Burkum, Joseph Hypes, and Travis Walsh got the ball rolling on a web series based on the premise of the Chronofilm short. The series took almost four additional years to create, but finally made its streaming debut on Amazon Prime in 2020.

What is the background of Chronofilm?

Joseph Hypes played the lead role of Max Recloud in the original short by Velazquez. A talented actor of Playhouse Merced fame, Joseph also recognizes a good idea when he sees it and approached Burkum, who also played a small role in the original film, with the suggestion of exploring the ideas expressed in the film in a longer-form web series.

The show follows the adventures of the character Max Recloud, who is part of a documentary crew that travels through time, seeking to document history as it actually happened, always observing, never changing anything. This footage is released to the public through the in-universe hit TV show known as Chronofilm, which positions itself as a historical re-creation program.

At first, the crew is happy to perform their task of carefully documenting the annals of history.  Eventually, though, they discover the dangers of traveling through time and uncover a deadly conspiracy that could threaten not just the Chronofilm Institute but the entire history of the world as they know it.

Since Hypes loved the story so much and saw such potential in it, after discussing the idea with Burkum, he immediately approached Velazquez about the possibility of exploring the idea further in series form. Velazquez, always excited to promote local arts and artists, was open to the idea. And so, the production company, Three Dads Productions, was formed by Hypes, Burkum, and their business partner and fellow Merced local, Travis Walsh.

The three had worked together in live theater for some time prior to going into the film business together. “One of the things that we talked a lot about in the early days was how the story affects our characters,” Burkum said.

“We saw the trauma and dilemma of time travel and of interfacing with difficult periods in history, such as the Civil Rights era and World War II.  One of the major themes we wanted to portray was how difficult it is for the characters to watch these events, knowing what the outcome will be, and not being able to change anything. The show reveals the trauma and daily wear and tear on the characters, but there is also a good helping of action and drama and a lot of comedy to keep things from getting too heavy, thanks to our talented cast. “

Velazquez told the Times, “One of my favorite scenes is in an episode of the series that I got to co-direct. The characters have an idea of where they’re going and what’s going to happen. They go back in time to the era of unrest around the American Civil Rights movement. In this scene, our actor was in a church talking with a pastor about what’s happening in the world around them. As the action builds, Patrick Nalty, who plays Mitch Jackson in the show, knows what’s going to happen to this gentleman (a local civil rights leader) and he has to talk to him and relate to him, but he can’t warn him of his fate.

“To find out what’s going to happen to the pastor, you’ll have to watch the show. People will be hooked. Every episode has a meaning and a reason. The topic in that scene is civil rights, how people treat each other and the hope that things will change. You know as an audience that things aren’t going to get better for that gentleman. That’s one of the scenes that gives the audience an idea of what the characters feel because they’re helpless — they can’t do much.”

Even a small series isn’t created and produced without a massive team effort. In addition to Hypes, Burkum and Walsh, a large cast and crew of local talent was required to bring the show to life.

One of the most defining moments, according to Burkum, was when Robert Hypes, Joseph’s twin brother, agreed to come aboard to direct the series.

“He very quickly became not just our director, but my writing partner and one of the most influential forces for shaping the show as it was realized,” said Burkum. The two quickly expanded the show from its originally intended format of five to seven-minute short episodes into a much larger story that includes a deeply interwoven conspiracy and development of the characters. Those characters are brought to life on screen by a truly impressive cast of local talent, along with some established industry professionals — all cast by Joseph Hypes, himself.

The show stars Hypes as the conflicted and tormented Max Recloud, documentarian and time traveler, Madison Mitchell, who is remarkably engaging as the young, intelligent but sometimes socially awkward tech specialist Rebecca Freeman, Travis Walsh as the lovable but prickly Operations Manager, Ed, who maintains the time machine along with his brilliant and pop-culture educated wife, Judy, played by Dania Denise. Rounding out the principal cast is Colton Dennis, who is believable and multi-faceted as the team leader Richard Kline, a man with a military past and plenty of secrets being kept.

Colton is also the director of the Merced Multicultural Arts Center (MAC), which is where much of Season One of the show was filmed.  The Chronofilm Institute, the organization that backs the time travel operation, is open to the public as a sort of arts and history museum, which serves as a front for the time travel adventures (which are later aired as “ incredibly accurate recreations” on the in-universe hit TV show, Chronofilm).

With its beautiful gallery and functional black box theatre (where the team built the time machine set), the MAC was the ideal location to double as the Chronofilm Institute. Footage was also shot at a variety of recognizable local locations such as Lake Yosemite, and the alley next to the Merced County United Way building.  The team also had the opportunity to shoot wilderness footage in Mariposa on some stunning open land owned by friends of the producers.

“The look, feel and sound of the series is every bit as important as the performances on screen,” said Burkum.

To this end, the team was able to secure the talents of Chad Phillips as Director of Photography.  Phillips secured some amazing footage, from stunning forest vistas to down-and-dirty action sequences.

Matthew David Wheeler served as the composer for the series, and he put a remarkable amount of work into creating themes that are evocative of the tensions and experiences of the characters in the show.

Once the series was completed, it was shown at festivals all around the globe, where it won several prominent awards for its performances, stories, music and cinematography. The final goal was achieved when the series was submitted and accepted for distribution on Amazon Prime Video.

What is the latest development?

The team is currently in pre-production on Season Two of the series. “Rob and I have been working hard on the stories for this season,” said Burkum. “And I think we’re going to see an even more engaging story than we saw in Season One.” In the first season, Burkum wrote seven of the eight episodes, but in Season Two that will change.

“We really want to bring in some additional writers because we’re trying to expand the show to include greater diversity and representation.  So we want to bring in additional perspectives from other communities that might be marginalized or disconnected from the history of the United States as it has been traditionally recorded.  We have some really talented writers from different cultures and various communities in the Central Valley and we want to tap into that talent for the show.”

The message of the show may be more timely than one might expect for a modern-day science fiction show. Burkum explained, “A central theme of the series is choice and agency.

One thing you see the characters grapple with is choice versus determinism.  Are things being played out and we’re stuck watching history repeat itself over and over again, or do you look at the past with open eyes and understand how we change our future by taking action today?”

‘Mercado’ on Main to commence on ‘Cinco de Mayo’