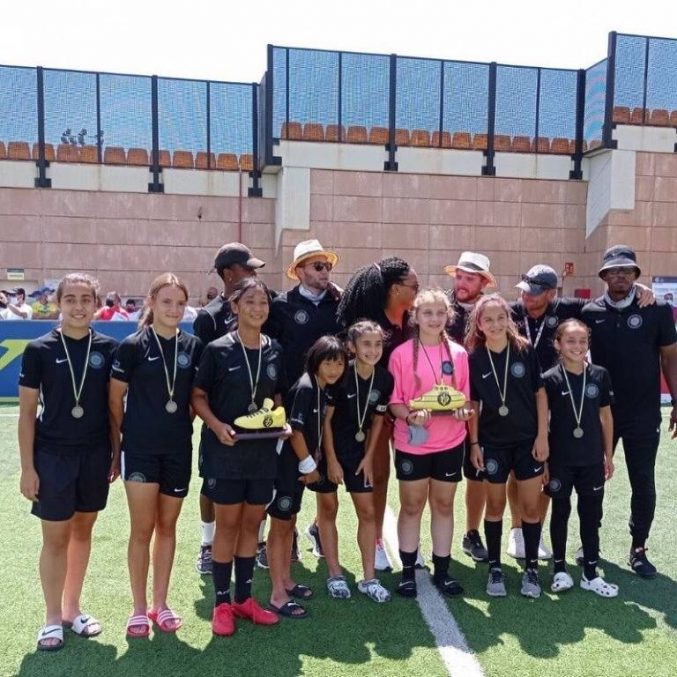 The International Prospect Academy in Villarreal, Spain. In 2021, the team won the Summer Villarreal Yellow Cup. Campos is the second to the last player on the far right. 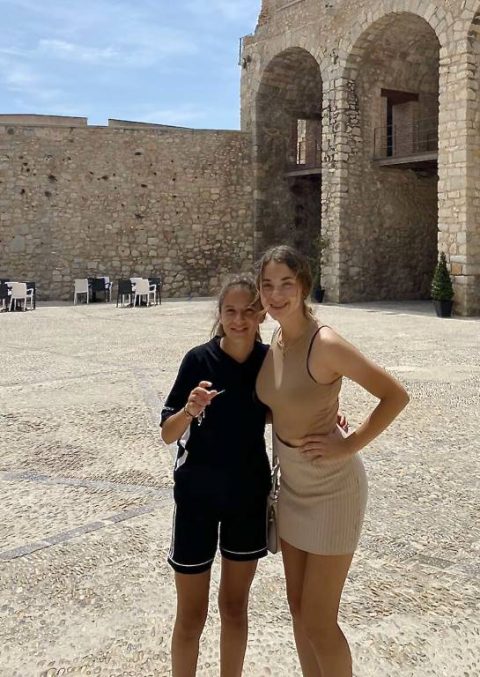 Camila Campos, at left, and her sister Esbeidy, enjoying the sights in Spain.

Camila Campos is only 13, but she has already scratched playing competitive soccer in Spain and Portugal off her list. The Atwater Bellevue Middle School student is currently gearing up for her second trip to Spain in two weeks!

“I enjoy playing,” Campos explained. “It’s fun playing with the ball. I’m competitive with everything.”

She remembers making her first connection with soccer when she was only 3 as she watched her older brother play.

At 6 and 7, she was already playing indoor and recreational soccer. She then went on to play for Merced’s Club Leon, which at the time did not have a girls team for her to play on. She ended up joining a boys team, struggling to play only the last 15 minutes of each game. But Campos was persistent and became disciplined in her practice by training every day.

In 2018, with Merced United and Club Leon’s merger, Campos was finally able to join an all-girls team and still continued to play for the boys team.

When COVID hit in 2020, and practice was cancelled, Campos resorted to practicing by herself and via zoom.

“It wasn’t enough,” she explained. “A coach in Modesto offered to let me train with his team, the Stanislaus United Soccer Club. My mom immediately told him that I wasn’t going to move, but he was OK with that because he knew I had no other form of practice.”

The friendship with her coach at SUSC quickly led Campos to an opportunity to attend an ID Camp in Visalia. At ID camps, aspiring players can be scouted and recruited by other coaches if they see any potential in the players.

“They liked me and we kept in touch,” she explained of one coach. “A couple months later they invited me to play at a camp in San Diego at Chula Vista, and after that, I was invited to play in Spain and Portugal.”

Campos traveled to Europe in 2021, playing at Villarreal in Spain and in Lisbon, Portugal.

“I feel really grateful,” her mom said. “A lot of coaches are opening the doors and opportunities to my daughter.”

Campos has also played as a guest for Central Valley Fresno and for the Portland Oregon Girls Academy.

She dreams of playing soccer at Stanford University and playing for the United States Women’s National Soccer Team.

“Camila is one of many in our club, Merced United, that has the ability and potential to play collegiate soccer and in the professional ranks,” said Daniel Pulido, president of Merced United. “Our coaches believe in developing every player to their highest potential. Winning on the field is great, but winning off and on the field is what our club stresses the most. Winning on the field means nothing if our players don’t have opportunities to play at a higher level, and we encourage our players to pursue high academics, as well as collegiate and professional soccer pathways. We are proud of our college and the professional soccer clubs we have networked with to open those doors for players like Camila.”

On March 11, Merced United presented Campos with a $1,000 scholarship to go towards her training and travel expenses.

“Camila is a straight A student who has represented Merced United for the past SIX years,” the team said. “She truly embodies what a Merced United player is: hard working, coachable, great teammate, and technical with the ball.”

Not even in high school yet, Campos is seen as one of the most promising athletes coming out of Merced County!