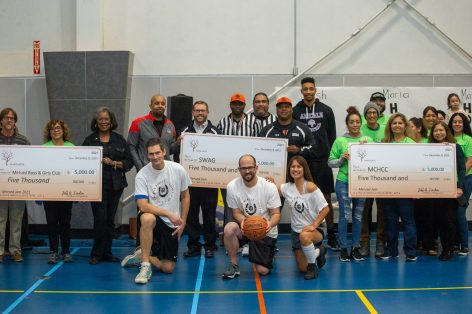 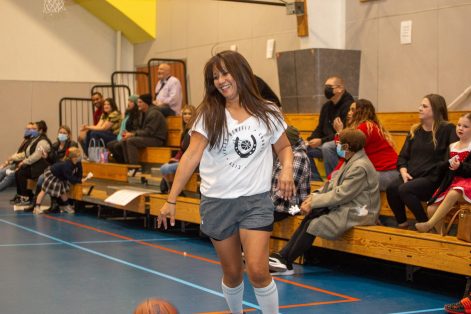 Maria Soto, representing the city of Livingston, had displayed some outrageous skills on the court. 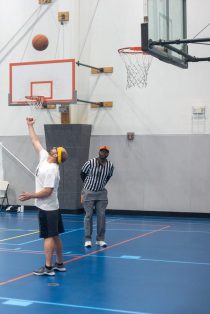 Supervisor Josh Pedrozo sends up a trick shot that wowed the crowd. 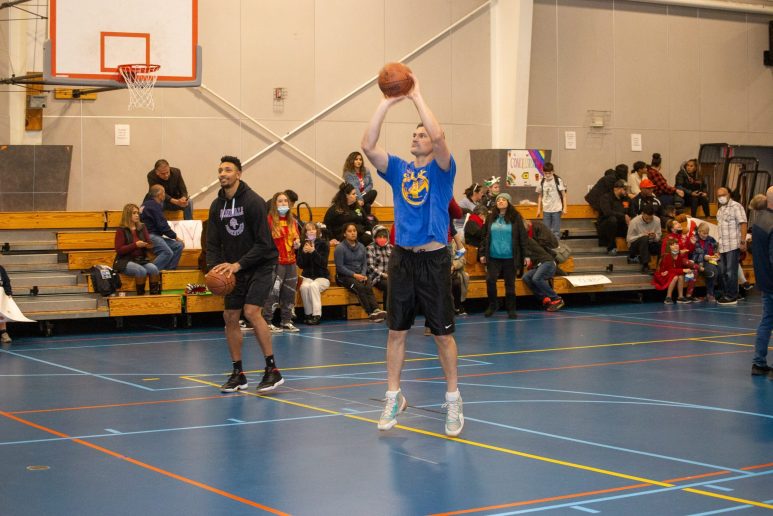 Mayor Matt Serratto pulls up for one of his trademark jump shots. 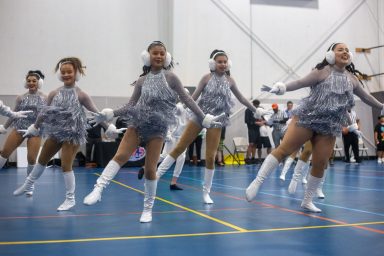 Student dancers perform for the crowd. 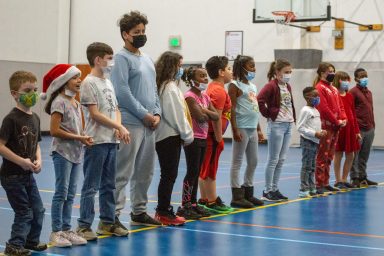 Young players line up for a chance to score big during the competition.

Three community leaders faced off on the basketball court at the Merced County Boys and Girls Club last week to raise funds for local charities by trying to best each other during a challenging game of “Horse.”

The idea of the game involves matching baskets. The player who makes shots that the opponent does not duplicate, wins the game.

Merced County Supervisor Josh Pedrozo, Merced Mayor Matthew Serratto, and Livingston City Representative Maria Soto displayed surprisingly good basketball and “Horse” skills, but there was only one who came out on top.

And that was Mayor Serratto — a towering figure who made spectators wonder about his potential to play at a professional level if he didn’t have a day job as a prosecutor in the District Attorney’s Office.

Presented by Manzanita — the cannabis company with a local retail outlet — the event saw a cumulative $15,000 donated to The Merced County Boys and Girls Club, the S.W.A.G. organization, and The Merced County Hispanic Chamber of Commerce.