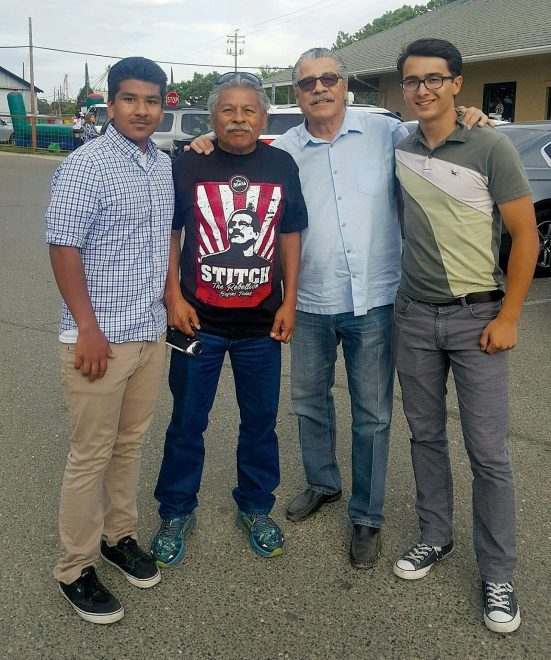 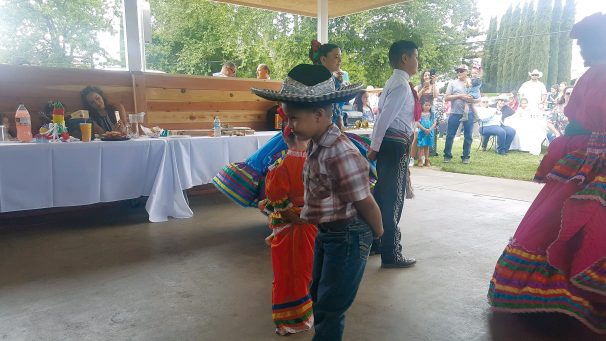 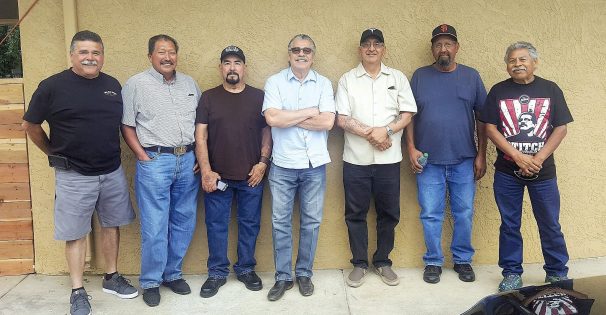 “We are grateful to Mr. Duran for coming to spend his time talking to everyone, sharing his autographs, and taking photos with people,” said Noel Cornejo, who owns the LeGrand Pizza Factory along with his wife and cook Yolanda. “Several kids from the boxing gym in Planada came to get their gloves signed. He understands them and can relate.”

Le Grand resident Frank Miranda invited Duran to the celebration when he learned the well-known personality would be in town. The two men were classmates at Le Grand High School and graduated together in 1970. They, and other classmates, stay in touch. They got together at the Pizza Factory when the movie “Creed” came out – including Duran’s performance – and then they all went to see it together.

Duran has appeared as a cut-man in three films of the Rocky film series. In the sixth film, “Rocky Balboa,” he plays the cut-man for Rocky’s opponent, Mason “The Line” Dixon (played by real-life boxer Antonio Tarver). In the seventh film, “Creed,” he portrays himself in a supporting role.

“Before his work in the movies, Duran had worked hard and established himself as an expert boxing trainer, promoter and corner man – along with being known as one of the best cutmen in the business,” Miranda explained. “He was working at a fight nearby on Saturday and that is why he was going to be in town for Cinco de Mayo.”

“I was excited to see so many members of the community get involved with the Cinco de Mayo celebration,” Yolanda Cornejo smiled.

The Cornejos have big plans to entertain and inspire the Le Grand community. They plan to reduce the size of the laundromat (also in their building) to allow space for an arcade. They are setting seven dates to hold a Farmers Market with entertainment from local bands. And, they will be holding movie nights, karaoke, and corn hole tournaments through the summer.

“We are trying to do a little bit more for Le Grand. We have built a new patio area with a fence to keep children out of the road,” Noel explained. “We want to have a positive mindset for all of our youth.”

The Cornejos are happy to see community groups get involved in Le Grand events. They offer special thanks to the dancers from the school and to Robobank Yosemite Ave. for donating a free meal to a pizza customer.

Free Shakespeare In Park This Weekend!