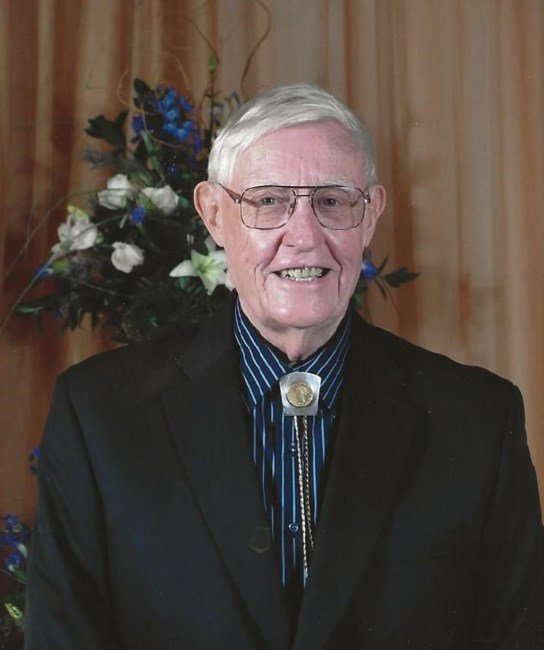 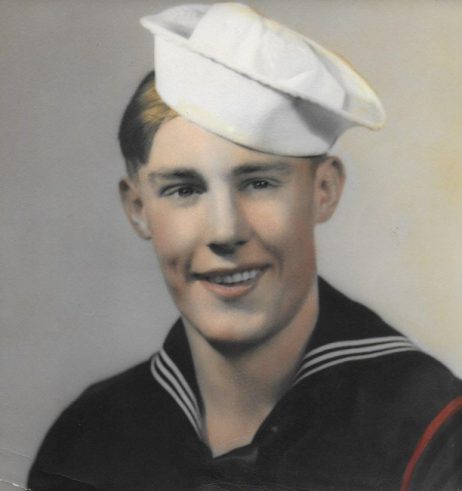 McCabe in the Navy during WWII. 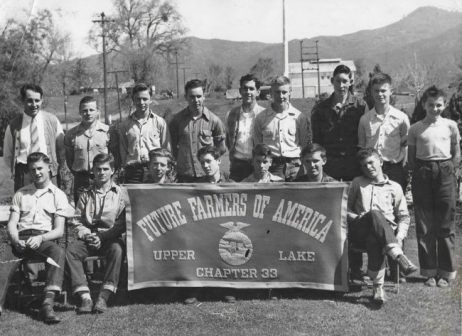 Hebert Leslie (Les) McCabe, Jr., at 92 years of age passed away on Sept. 1, surrounded by family.

Family members and local friends attended a prayer service at the United Methodist Church in Merced on Sunday, Sept. 8, and paid tribute to his life and contributions to the community.

McCabe was born to Hebert Leslie McCabe and Cora Laird Isley McCabe on April 9, 1927 in Upper Lake, Lake County, California. He was a fourth generation Californian whose ancestors in 1852 settled in Lake County having migrated from Texas in an ox-driven cart.

He was raised on the family homestead in Upper Lake, California helping his dad grow walnuts and raise sheep. While attending Upper Lake High School, he met the love of his life, Elizabeth (Liz) Chase Downes. Upon graduation from High School in 1945, he enlisted in the Navy to serve in World War II. At the war’s end and his military service, McCabe enrolled at the University of California at Davis earning a Bachelor of Science degree in Agriculture Education and a Masters of Education. He earned his Doctor of Education from Nova-Southeastern University.

On June 28, 1947, Les and Liz married at the North Hollywood United Methodist Church. They celebrated their 72nd wedding anniversary this past June.

McCabe was a lifelong educator. He taught a total of eight years of high school agriculture at Marysville, Lincoln and Yuba City High Schools. During that time he served as the Future Farmers of America (FFA) advisor; ten years in the University of California Agriculture Extension Service as a County Farm Advisor in Shasta and Nevada Counties; and 30 years teaching and administration as the Financial Aid Director and Vocational Dean at Merced College. He capped his work careers by being elected and serving 16 years on the Merced College Board of Education.

McCabe was a child of the Great Depression and was born, raised, educated in, and held a vigilant passion for the importance of agriculture and agriculture education. He considered the U.S. agriculture industry a matter of national security, requiring strong, clear, faithful and committed visions, energies and leadership to continue the growth and maintenance of our country’s food and fiber production and services in the future. He took particular interest in helping agriculture’s youth in 4-H, FFA activities and at fairs.

4-H and FFA was a natural for McCabe. He was a 4-H and FFA member himself earning the State Farmer degree while in the Upper Lake FFA. In addition to being an advisor to the 4-H and FFA as part of his jobs, he helped as a judge at the State FFA prepared and extemporaneous public speaking contests. He routinely provided coaching to youth in public speaking contests at the local, section, region, state and national levels.

He encouraged and helped his children with their registered Suffolk Sheep projects and grew, picked, packed and shipped persimmons through the Blue Anchor Cooperative from his 12 acre orchard.

Memorial donations in memory of Les McCabe can be made to the Merced College Foundation, Friends of the Merced County Fair, Merced 4-H Sponsoring Committee, and the California FFA Foundation.