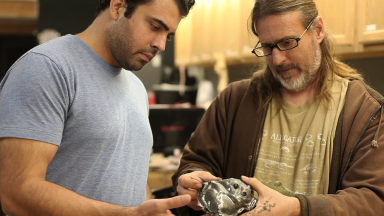 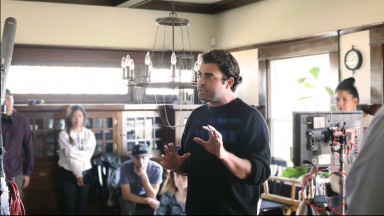 Michael Gallo was born and raised in Merced. Itsy Bitsy is his directorial debut. 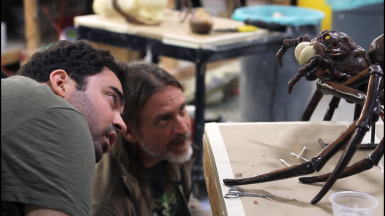 Eeeek! Those of you who are fearful of spiders — BEWARE!

Or if you happen to be an enthusiast, gather in closer for a peek, because the tale of “Itsy Bitsy” is coming to a local theater near you.

The 2019 independent film directed by Merced native, Micah Gallo, will be making its way — for the first time — to the big screen in his hometown.

The film was filmed in Merced, and neighboring cities, and is Gallo’s directorial debut.

Itsy Bitsy follows an estranged family’s move from New York to a secluded mansion in a quiet and rural town across the country. The family is soon taunted by a prehistoric spider that is released from a stolen relic. Together they must fight to survive its capture and poisonous bite.

The film is scheduled for a 7 p.m. showing at Regal Hollywood Merced, located at 403 W Main St on Thursday Nov. 14.

A Q&A with Gallo, cast, and crew — and a red-carpet VIP experience — is set to accompany the arachnid horror film. $10 tickets are now up for sale and available for purchase online at: itsybitsytickets.com.

The second screening will be a free showing of the movie on Saturday, Nov. 23, at the Merced County library, located at 2100 O St. The movie begins at 1:30 p.m., and will be shown inside the Gracey Meeting Room.

The film was inspired by Gallo’s fear and fascination with spiders. A fascination that was only heightened when he set out to make a spider film like no other.

“It started with the high concept of the size of the spider, and the type of spider movie I wanted to make,” Gallo said. “I wanted it to be plausible but heightened. Large enough to see the details of the spider in close-up, but also small enough that it would still behave like a real spider does, not like a monster.”

Gallo took aspects and characteristics from different spiders he found interesting and most terrifying when creating the arachnid. The Itsy Bitsy spider was then awakened and brought to life in collaboration with Dan Rebert of Dan Rebert Creations, known for his special effect in movies and shows such as True Blood, Terminator 2, and Slither.

“We created three spiders altogether, three rod puppets that took five puppeteers and one director to operate,” Rebert explained. “The movement was labor extensive, but Micah was able to work with what we gave him and made the shots work. The rods were later removed in post-production.”

Rebert continued by explaining that although the movie is a low-budget independent film, its presentation and acting was done well enough that it left some audiences thinking the budget of the film was far more than it really was.

“I was reading somewhere the other day that the film cost $7 million to make — I couldn’t believe it!” Rebert exclaimed. “People are looking at the film as if it cost so much more to make than it really did.”

The movie was shot in Merced, Le Grand, Chowchilla and Hornitos. The area provided Gallo with secluded and eerie locations to film, enhancing the chilling setting of his spider tale.

He continued by comparing his directing outlook on filming in the Central Valley to the one George Lucas had when he talked about growing up in Modesto.

“Lucas said it felt like he was living in the Midwest,” Gallo explained. “It feels like California in a way but also feels completely different than any other part of California.”

The grasslands and soft hills of the Central Valley provide a soft and creepy backdrop to the setting of the movie. Highway 99 also makes an appearance in several scenes of the film with shots of big rigs driving by.

“We tried our best to make a movie that you could rediscover over time,” Gallo concluded, noting that after three years, four drafts, and a whole lot of editing, his tale is finally complete.