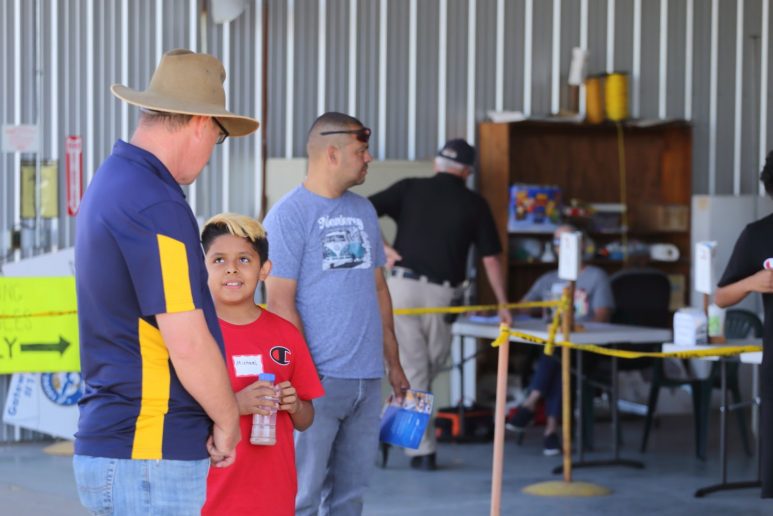 EAA Crew Chief Chris Bodine explains the mechanics of flight to a young resident as they wait for the next available aircraft. 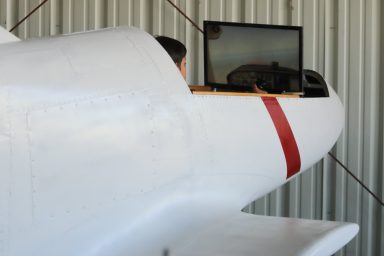 Young adults ages 10-17 try their hand at flying a plane with the help of a flight simulator. 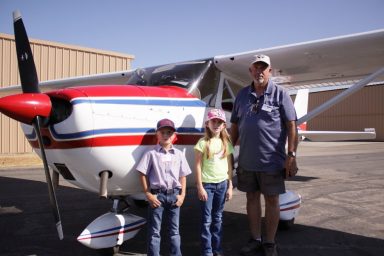 Brantley and Bailey stand alongside of EAA Pilot Wes Toland before taking to the skies during Young Eagles Day at the Merced Regional Airport. 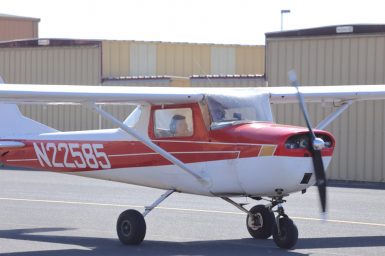 A young participant with the Young Eagles Day program looks out of the window as his pilot taxis their plane to the runway. 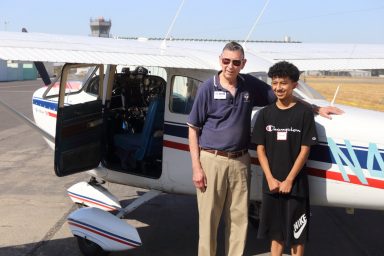 Pilot Linton Wollen stand alongside of Roman before climbing into his plane for the afternoon. 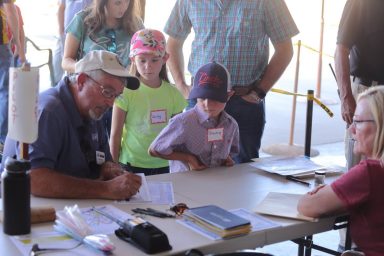 Following the flight those in attendance received a certificate allowing them a large credit towards a ground school program, bringing them one step closer to receiving their pilots license at age 16.

Sponsored by the Experimental Aircraft Association Chapter 1401 in Merced, the event is held each year to generate interest in aviation among schoolchildren. Young participants ages 10-17 are provided unique access to aviation-related activities, including flying in a small aircraft in the sky over Merced.

Youngsters also tried their hands at flying in a flight simulator, and met with local pilots to learn about the mechanics of a plane and pre-flight safety inspections.