‘I Was Saved For A Reason’

After traumatic brain injury, Merced woman thanks God for giving her second chance 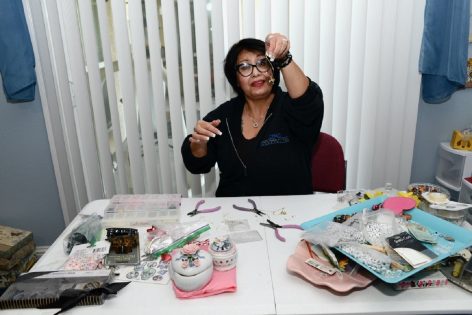 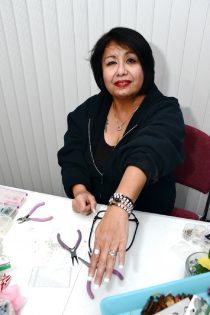 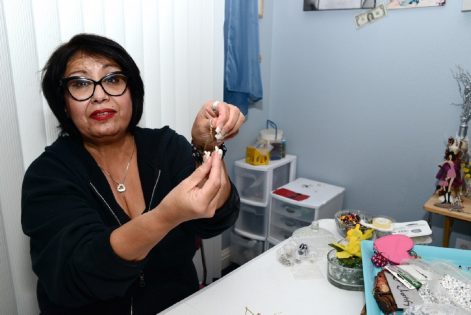 Eleven years ago Mellissa Mondragon was nearly killed in a collision with a semi truck in Merced. The traumatic brain injury meant she had to learn most everything all over again. It left her angry and bitter until she let go of these feelings and surrendered herself to God.

After the Sept. 28, 2008 accident when her Ford pickup truck collided with a big rig within two miles of her home, she was in a coma for three days and hospitalized for nearly two months. With the severe traumatic injury to the frontal lobe of her brain, she had to relearn how to walk, talk, read and write.

She doesn’t remember much about life before the accident.

“I am here for a reason,” Mondragon says. “God saved me to help others. I let go because I believe I was saved for a reason. There is no reason for ugliness and bitterness. You are here to love people and be loved.”

Now the vice president of membership of Talk Show Toastmasters in Merced, she also is the moderator on two online support groups for brain injuries. She says this is very rewarding and helps her healing process.

Mondragon concedes for a long time she was in a dark place. She didn’t want to talk about the accident — which she said changed her life dramatically.

“I believe God is my friend. I actually joke with him and talk to him all day. I am a better person now and I believe I have a softer heart and am more understanding now,” she says.

“I’m a better person now. I appreciate more. I’m thankful he didn’t leave my kids without a mom. I appreciate God so much I can’t thank Him enough.”

Mondragon, 51, started attending Christian Life Center in Merced a couple of months ago. She and her husband Juan have been married 31 years and they have two grown children and five grandchildren.

Before the accident she was a lead family support officer at the Merced County District Attorney’s Office Child Support Division. She was the lead family services representative at the Merced County Human Services Agency and trained line workers on California laws to determine if public assistance is warranted. Having lost her memory she could no longer lead or train and ultimately was medically retired.

She was a speaker at her high school graduation, won a scholarship to college and obtained a college degree. She also graduated from the Federal Law Enforcement Academy in Glynco, Ga., a requirement to work at the maximum security Federal Prison in Atwater.

“I separate my life now, my first life was the time before the accident. My second life is after the accident which I consider my rebirth. My personality did change as this happens with brain injuries. People change either in a positive or negative way. Apparently I was not so nice before, So I was not so patient and understanding. I was more stern and matter of fact,” Mondragon says.

“I have changed! I am more positive! I appreciate life! I am happy to be alive!” she says.

Many people with brain injuries become depressed, are highly medicated and even become suicidal. She said she chose to be the opposite of that.

She believes you can’t help other by being ugly to them. She doesn’t like being sad and wants to be glad and happy. She says she needs to stay positive.

“Please don’t be sorry for me. It actually awakened me. All I know I is my heart was open to learning about God all over again. I want to do more. God gave me another chance at life,” Mondragon says.

Every brain injury is different and people don’t understand the ramifications of those injuries. To this day Mondragon still doesn’t have any sense of taste, smell or feeling and her senses are diminished.

Mondragon explains traumatic brain injuries can be mild, moderate or severe. Her injuries were severe, disrupting the normal function of the brain.

She says her equilibrium was damaged and she does not have proper balance. Although she was college-educated, she had to relearn to read and write.

“I did in fact lose my memory. I was tested by a psychologist who determined I do not have a verbal memory but I do have a written memory so I do keep notes to compensate. My nerve in my right eye was damaged and required two surgeries,” Mondragon says.

Mondragon is the online moderator for the Broken Wing Empowerment Group and the Conquerors Group. She says her responsibility is to open and close the groups’ daily discussions.

“This is rewarding to me. It helps my healing process as I have accepted my injury,” Mondragon says.

As part of her therapy, she learned how to make beaded jewelry. This meant she had to learn how to open and close wire loops and rings. It was part of her post-treatment strategy of relearning how to plan, initiate and organize.

Mondragon says she has always used accessories as part of her attire, and says she designs jewelry to match the occasion. It can highlight one’s face, and complement skin tone.