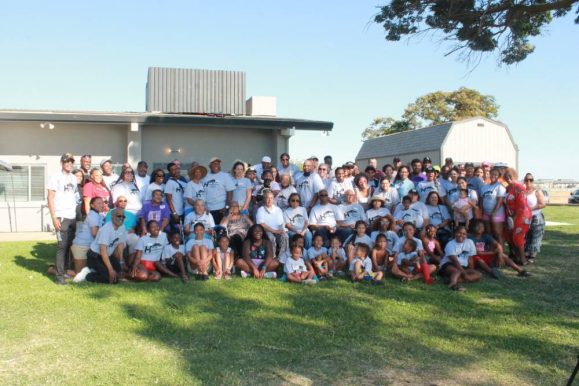 The Huddleston family and friends gathered at Lake Yosemite later in the day to celebrate the final day of their reunion with a cookout. 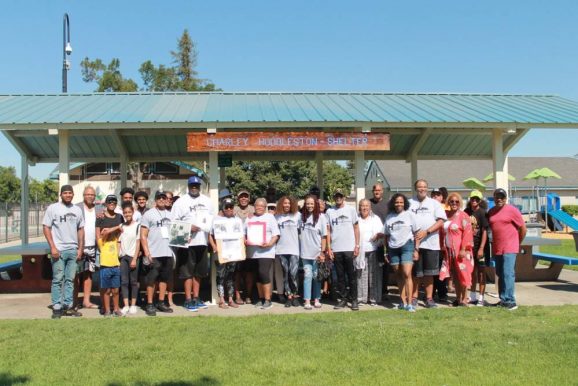 Huddleston family members gathered under the Charlie Huddleston Shelter at McNamara Park early Sunday morning as they paid their respects to the family patriarch.

Held partly as a family reunion, and in part as an honor to their patriarch — the late Charlie Huddleston — the Huddleston family celebrated their annual Huddleston Family Reunion with a three-day celebration that ended with a cookout at Lake Yosemite.

Charlie Huddleston (May 19, 1924 – July 6, 2020) was a well-known community activist in Merced and throughout the Central Valley.

Huddleston was born in Muskogee, Oklahoma, and moved to California when he was 12 years old. He graduated from Merced High School and went on to become an ambitious leader known to many as “Uncle Charlie.”

Through his civil and community advocacy, among some of his accomplishments include the renaming of J Street in downtown Merced to what is now, Martin Luther King Jr. Way.

Huddleston advocated in support of the renaming for a decade, engaging residents and prompting the City Council to follow through with the renaming. The change was finally approved in 1992, and was celebrated with the beginning of the Martin Luther King Jr. March that is held every year in January in downtown Merced.

Continually, one of the picnic shelters at McNamara Park is honored as the Charlie Huddleston Shelter. On Sunday morning, family members — including sons, aunts, uncles, daughters, and nieces and nephews from all over — gathered under the shelter’s roof for a family picture.

“All the people here are the grandchildren of these people here,” Joyce Dale told the Times as she showed a black and white portrait of the original Huddleston family that included Charlie, his wife Tennessee, and children Eddie Dean, McFarland, Irene, Bryce, Annie Mae, Stanley, and Alberta Tennessee.

“They started having these reunions way back, years ago. They would get together at McNamara Park, fill the park up, and now we’ve always done that. As my father was getting older he told me to please continue the family reunions… and so I promised him I would keep on doing it.”

The family hopes to keep Charlie’s story alive by creating a scholarship in the near future to benefit community members.