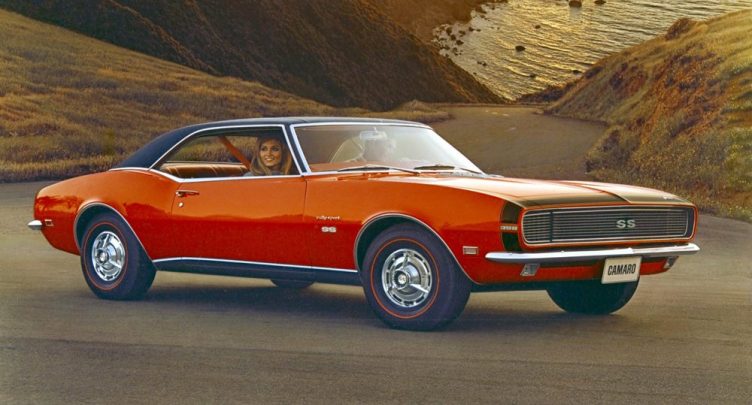 This is how a brand new Chevrolet Camaro ‘Rally SS’ looked like in 1968. You might see a souped-up hot rod version of this classic car still cruising around today. 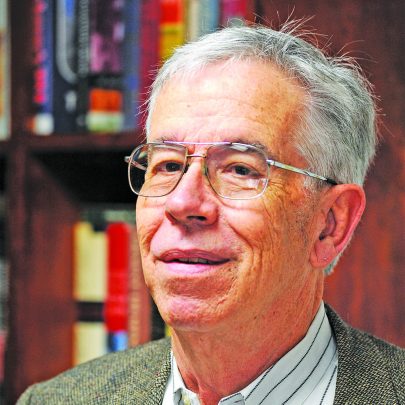 Today’s hot rod definitely would have to be the Chevrolet Camaro.

Nowadays, however, folks are taking the Camaro in many diverging directions. Like a faithful pet cat or dog, the Camaro patiently endures “dressing up” in many different ways.

The Camaro was first introduced in 1967 and has been in the General Motors lineup just about every year since then. Probably the favorite ones to be customized are the original 1967-68 models. The chromed bumpers often get painted out, the emblems get removed and some wild, eye-catching paint scheme with graphics is added.

You can always count on a big, high-horsepower motor to be poking out of the hood, often with a large chromed blower sticking up. And these Camaros often get the wide and fat pro-street tires in the rear.

The next big favorite Camaro for today’s hot rodder would be the 1969 model. A big fuss was made recently over the 1969 Camaro on its 50th anniversary and that’s often the car people associate with the Camaro.

The 1969 Camaro retained the same basic body shell as its predecessors but featured new side panels, grilles and taillight designs. Often the 1969 Camaros are left nearly stock with perhaps a few performance enhancements. They are well-received by everybody, whether mild or wild. Camaros competed successfully on the TransAm racing circuit and now handle stealthily on the pro-touring levels with beefed-up suspension components.

Camaros from the early to mid-1970s also are fan favorites of muscle car aficionados. They also lend themselves to eye-catching paint and graphics treatment, as well as what used to be called “souping up.”

That’s not to say that the more-modern Camaros don’t resonate in the hearts of performance-minded enthusiasts, too. Just the other day we noticed an early 1980s Camaro IROC Z-28 cruising in Merced, with its twin roof panels removed to take in the mid-day sun.

Camaro has carried forth its cutting-edge styling vibe to this day and the modern hardtops and convertibles are very stylish with narrow cats-eye taillights and an equally narrow headlight and grille area. The brand-new mid-engine Corvette seems to borrow some of its styling cues from the newer Camaros.

Needless to say, the demand for Camaros is pretty high these days and the prices are nothing to sneeze at. A number of  aftermarket suppliers make reproduction parts for Camaros, including freshly-stamped complete steel bodies of the old originals. The Camaro is the definition of the modern muscle car. It competed against the Ford Mustang, Pontiac Firebird, Mercury Cougar and the AMX back in the 1960s.

A close friend of mine had an early 1970s Camaro and we took several vacations in it to Lake Tahoe and later the Southwestern states, towing a loaded tent trailer with no problem. The car rode comfortably and had plenty of power to keep up with traffic.

The Camaro was fielded by GM as part of its effort to cash in on the growing pony car craze. The cars had a long front end, short tail section and only came in two-door hardtop and convertible varieties. They could be ordered with economical six-cylinder engines or more stout V-8 motors. They were easy to personalize and that’s part of the charm of a Camaro.

Now is probably not the time to try to buy an old Camaro if your wallet can’t take too much stretching. It’s popular with just about everybody. Like mentioned  earlier, it can be dressed up pretty much where your imagination takes you and will be a hit with just about everyone.