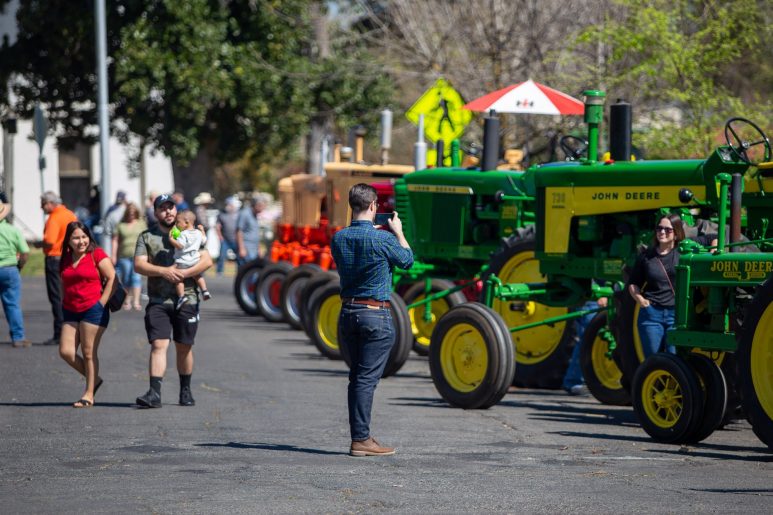 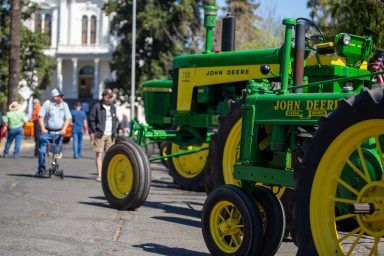 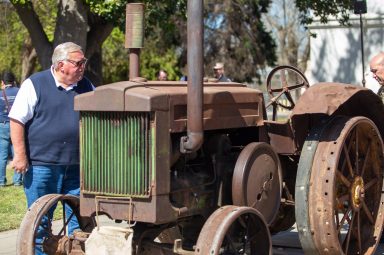 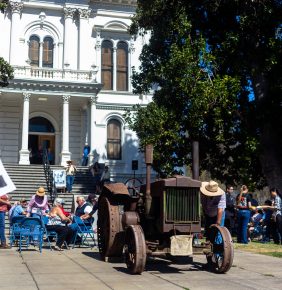 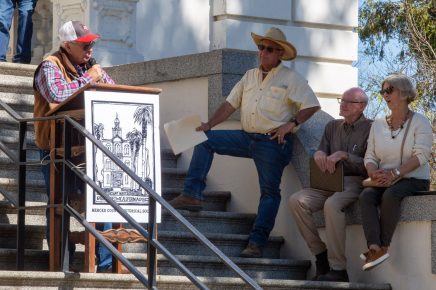 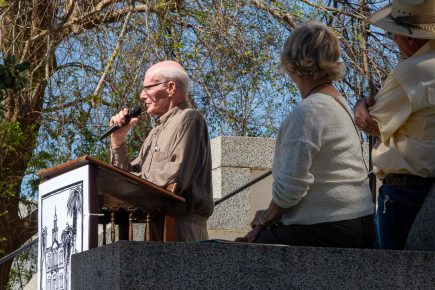 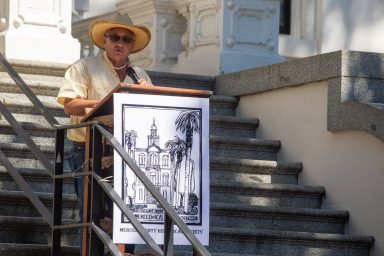 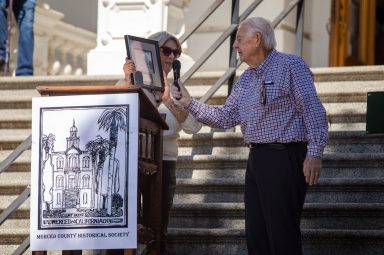 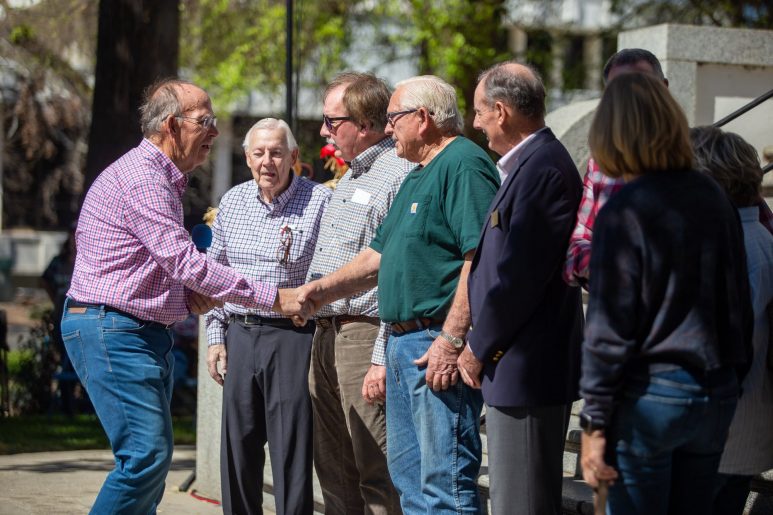 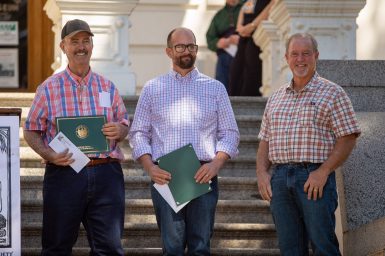 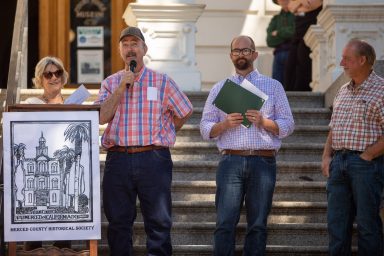 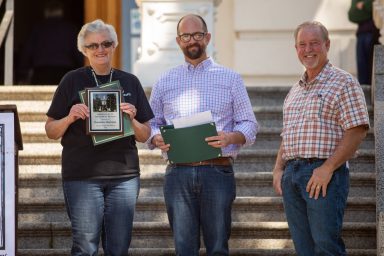 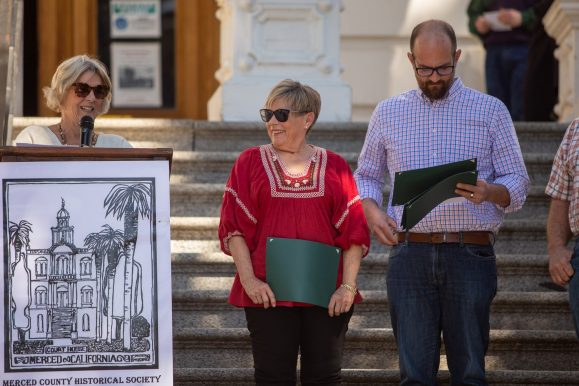 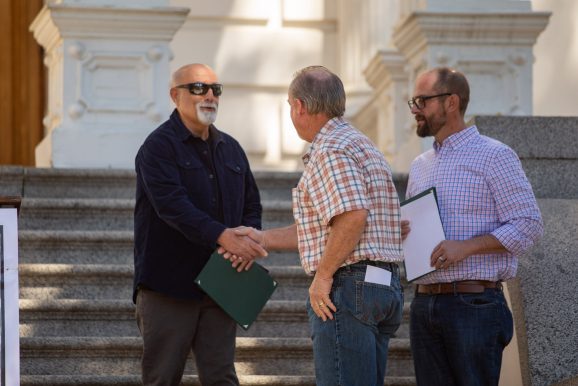 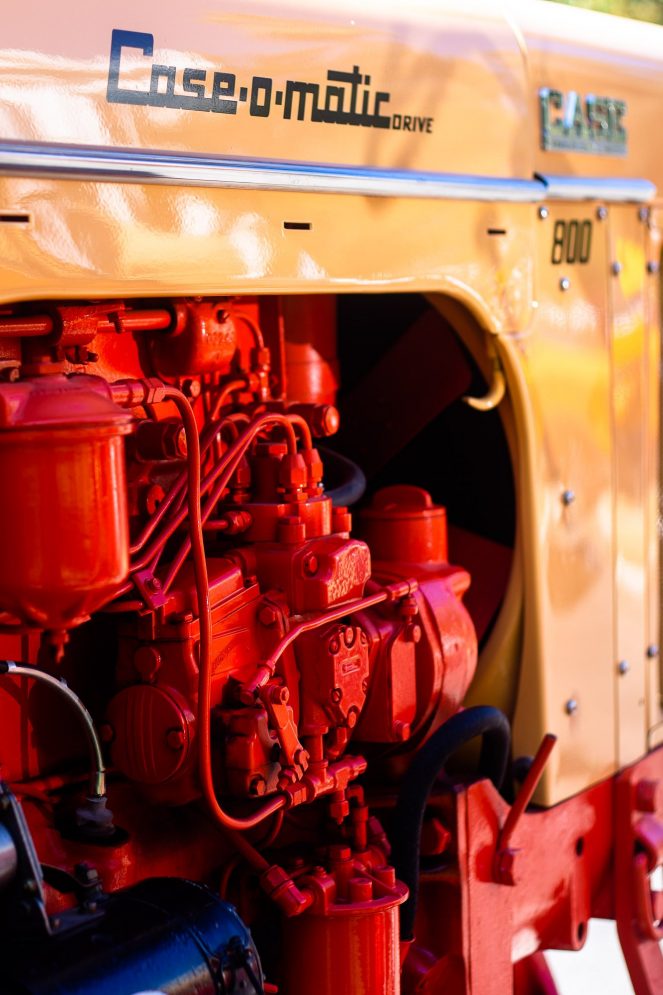 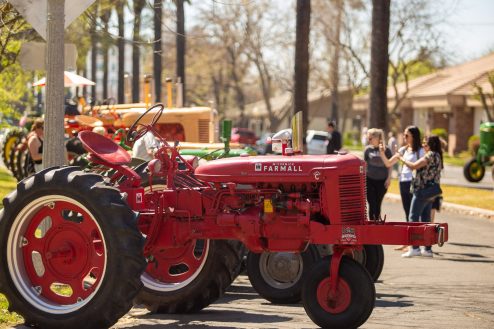 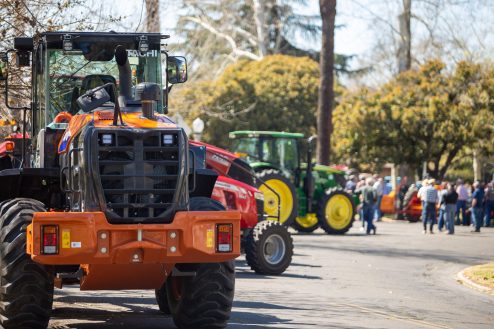 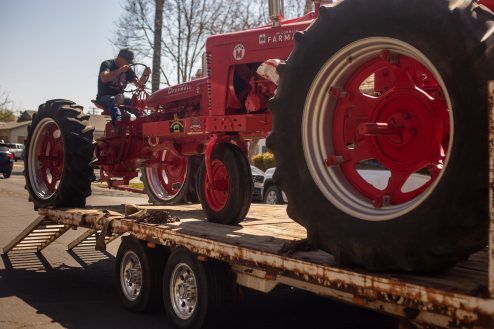 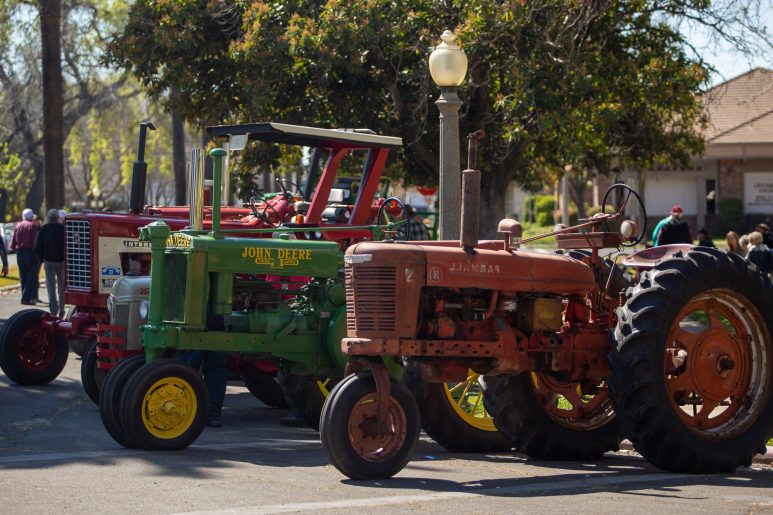 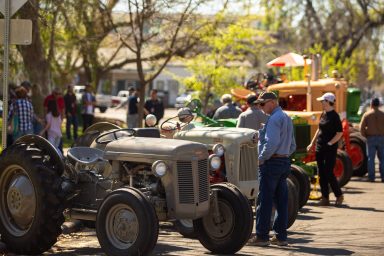 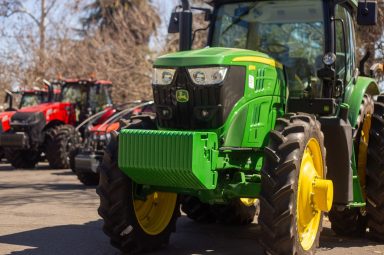 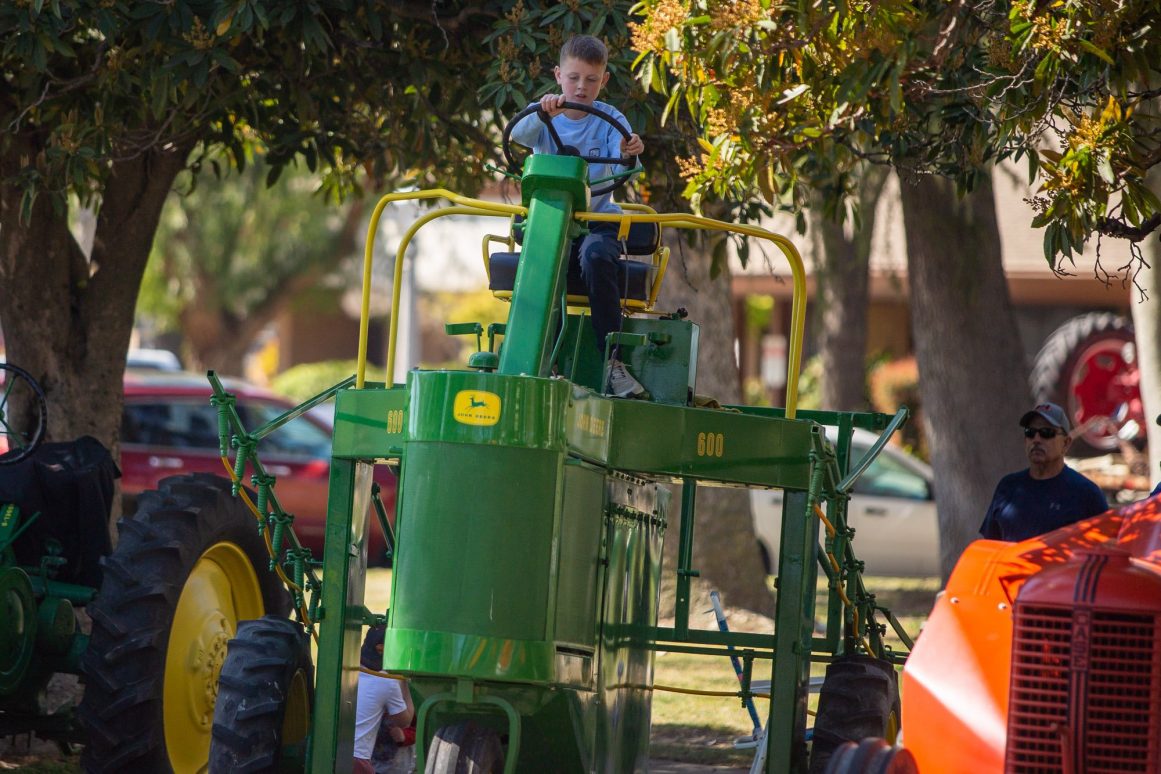 With a grand display of antique and modern tractors, the Merced County Courthouse Museum opened the new exhibit Tractor Dealerships in Merced County on March 12.

The show examines how the evolution of tractors shaped farming in the Central Valley. To celebrate the opening day, dozens of tractors paraded through town and lined N Street all the way up to the courthouse steps for the event.

The 2022 Estep-Burchell Historical Community Grant was presented to the Dos Palos Historical Society for the purchase of a color printer. The 2021 Letus Wallace Award was presented to Charles Mariano for his publication of Merced history books. Carlene Cunningham was the recipient of the 2021 Heacox Pioneer Award. It was to recognize her years of service on the Historical Society Board of Directors, representing the Planada-Le Grand area, and for her excellent leadership as the Society’s fundraising chair. The 2021 Docent of the Year honor was awarded to DonnaLee Hartman for her dedication and service to the Courthouse Museum.

Following the awards ceremony, Bob Souza was sworn in as the Historical Society’s President, along with Charlie Galatro as President-Elect; Mike Bik as Vice President; Grey Roberts as Treasurer; and Patti Kishi as Secretary. Additionally Jim Cunningham, Joyce Mattos, Dan Nelson, Roberta Saling and Chris Tomford were confirmed as Directors until 2025. The Honorable Ronald Hansen, retired judge of the Merced County Superior Court, administered the swearing-in ceremony. Merced County Supervisors Lloyd Pareira and Josh Pedrozo were on hand to help hand out the awards and support the community role of the Historical Society. Past Historical Society President Julie Marchini was also honored for her leadership and service.

Highlighting the exhibit opening was a special program that featured Joe Scoto providing opening remarks and introducing guest speakers Jack Gallagher of Merced and David Santos of Los Banos. The two helped convey the impact that locally based tractor dealerships have had on the agriculturally-based economy throughout the area. Gallagher focused on his experience growing up with his father, Frank, who owned the Gallagher Tractor and Implement company after starting it in 1938. Santos spoke about his 51-year career as a farmer in the Los Banos area.

The “Tractor Dealerships in Merced County” exhibit will run through June 5. For more information, contact the Courthouse Museum at (209) 723-2401. Admission to the event is free.