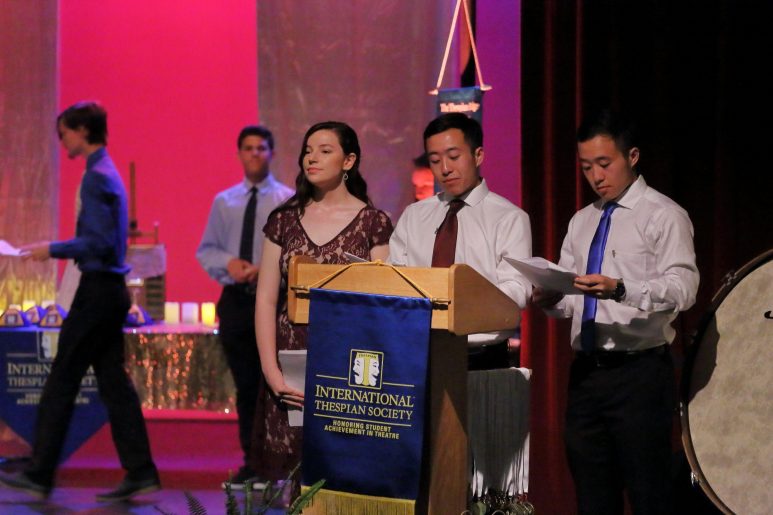 Members of Golden Valley’s Cougar Company drama program shared the podium as they welcomed those in attendance to the event and explained the meaning behind the special night one by one. 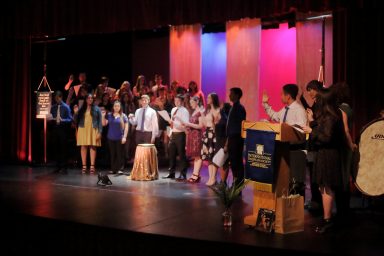 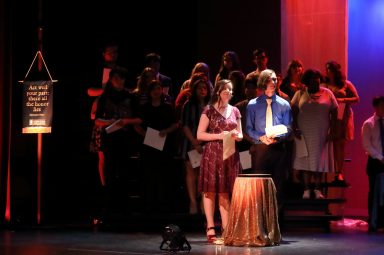 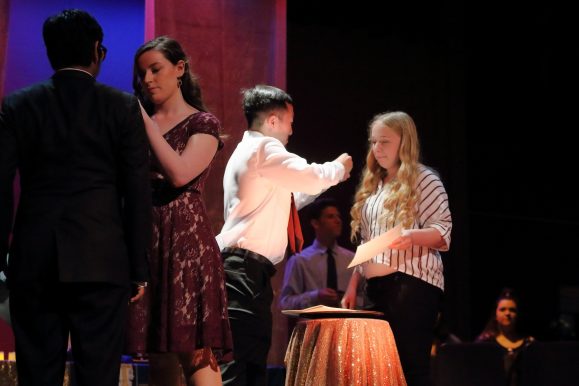 As part of the induction ceremony, members were given a pin to signify the work that led to their membership in the society. 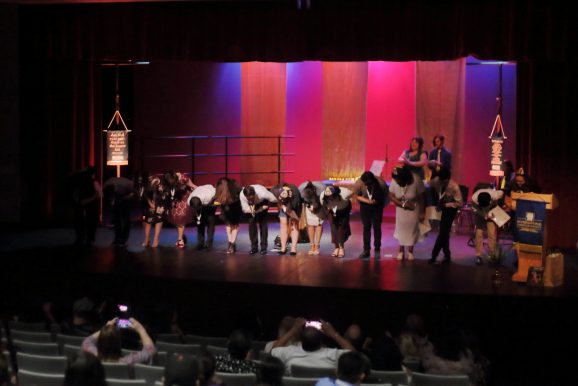 Golden Valley High School Thespian Society members join together in a bow at the conclusion of the ceremony.

The Golden Valley High School’s Performing Arts Academy inducted a new group of theatre students into the Thespian Society recently, and honored those who have performed admirably during their membership.

Founded in 1929, the International Thespian Society is an honorary organization for high school and middle school students who excel in drama at one of the more than 4,600 affiliated secondary schools across America and abroad.

At Golden Valley High School, students who make their way through the program must achieve a minimum of 200 hours of quality production work in a variety of categories ranging from acting to designing, to managing or producing plays.