Gloves come off as race heats up for open Dist. 13 seat in Congress

Three Democrats, four Republicans are poised for a high-profile contest 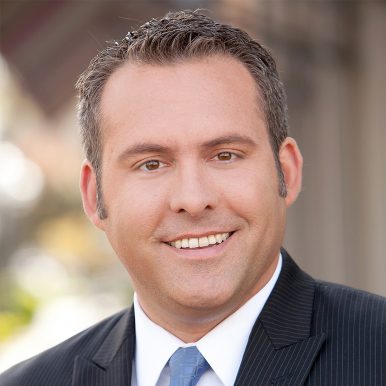 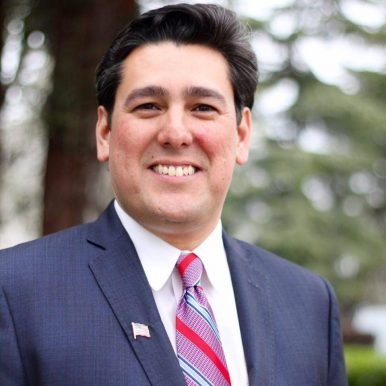 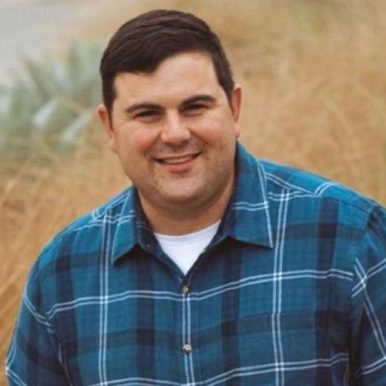 If you are a Merced County voter, and thinking Adam Gray is bound to win a seat in the U.S. Congress after several terms representing this area in the State Assembly — well, think again.

The 44-year-old Merced native has got a real fight on his hands.

At least that’s what’s suggested in the current field of seven candidates so far. Hopefuls from both major political parties say the race to represent the newly formed District 13 — a majority Latino region including Merced County, and parts of Fresno County, Madera, Turlock and Modesto — will draw national attention and some surprising results in the June 7 primary.

One thing is for sure. The top two vote-getters in June, regardless of party affiliation, will move on to the General Election on Nov. 8.

Democrat Phil Arballo of Fresno believes he will be one of those top candidates.

“Merced has been left behind in the last 15 or more years with politicians who have been very comfortable and cozy in their positions, and who side with, and saddle up with, the big special interest groups and the corporations who fill their campaign coffers,” Arballo told the Times this week. “You know that’s what they are there for. Their interests, so to speak. … It’s time to take this valley in a different direction.”

The candidate points out that the new 13th District will not involve a name recognition race.

“This is a brand new district, and it deserves a brand new fresh face to represent it in Congress — not someone who thinks he is entitled to the seat because he ran in the State Assembly. It’s a completely different experience running for Congress than it is running for Assembly. It’s completely different legislatively. … I’m the only one in this race who has ran a national campaign before. You have to get known outside the city of Merced, and I understand that’s where Adam is very comfortable. It’s going to take a lot more resources. You are going to have to get out of your comfort level. You have to go into place like Huron and Mendota. Even Dos Palos and Santa Nella on the west side of Merced County and places like Patterson.”

Arballo is battle-tested after challenging the GOP icon Devin Nunes for Congress just two years ago. But he lost that race. Nevertheless, he recently picked up the endorsement of the SEIU public employee labor union, and he hopes to get his message across in the State Convention of the California Democratic Party this weekend. Initially, Gray received 68 percent of the vote at the Democratic Party’s pre-endorsement polling over Arballo, but that result fell just short of an automatic party endorsement.

Arballo has come out swinging before the convention. In a recent news release, he pointed out public record campaign donations that “show [Gray] is bought and paid for by special interest groups that don’t care about people’s health, our children, or the environment.”

He said $600,000 in campaign contributions to Gray over the years were “from some of the worst political actors, including Big Tobacco, Big Pharma, Big Oil & Gas, private prisons and a payday loan company.” The list included $34,000 from the Juul, the e-cigarette company; and $40,000 from Abbott Laboratories, a large producer of OxyContin.

Said Arballo, “Someone who cozies up to corporate interests and sells out his constituents like voting against raising the minimum wage has no business receiving the Democratic Party endorsement.”

Gray has represented all of Merced and the western portion of Stanislaus counties in the State Assembly for the past 10 years.

And the campaign endorsements continue to roll in for Gray.

The Latino Democrats of Stanislaus County, the Stanislaus and Fresno-Madera Building Trades Council, and the Modesto City Fire Fighters Association are among the latest groups to add their names to Gray’s list.

“Every endorsement is important,” said Gray, “but I am especially proud of those from groups representing working people – such as unions and associations. We’ve had many victories for our area and for the people these groups represent, but we have more work to do.”

Gray has been a strong legislative advocate for a medical school in the San Joaquin Valley and for expanded health clinics and more medical residency positions in the Central Valley.

“Adam Gray in Washington will be a great boon to our area,” said Merced County Supervisor Josh Pedrozo. “He knows the issues and has worked with many of the local, state and federal officials who represent us. He’ll hit the ground running.”

He’ll have to get through a strong field, a primary election and a general election first.

Others who have filed to run in the 13th District include Republican businessman David Giglio of Madera County; Diego Martinez, a Republican from Sonora; and educator Angelina Sigala, a Democrat from Modesto. There’s also Republican Elizabeth Heng who challenged Rep. Jim Costa, D-Fresno, in 2018. Heng is also vying to fill the remaining 2022 term of former Congressman Devin Nunes in the 22nd Congressional District. That will be decided in a special election on June 7 after an April 5 primary. Visalia Republican Matt Stoll appears to have the same strategy, reportedly filing paperwork for both the 22nd and 13th district races.

Out of all the candidates, Giglio has been campaigning the longest — starting about a year ago when he thought he would be going up against Costa before the redistricting process changed the course.

“Anytime you have an open seat you have a much better opportunity of flipping that seat,” he told the Times. The candidate says his team has just finished up some recent polling that show Giglio is statistically tied with Gray in a head-to-head matchup.

“I am the only candidate that comes within 15 points of beating Adam Gray,” he said. “I mean that bodes really well on us this early in the race. We haven’t started to get our ground army out there. We have close to half a million dollars cash on hand. … We are focused on beating Adam Gray. That’s our agenda here since we found out that Adam was the phone-in candidate.”

Giglio warns voters not to be fooled by the way Gray “brands himself like a moderate.”

“He’s not a moderate. He just doesn’t vote on any of the most controversial bills because the Democrats don’t need his vote in Sacramento. He skips out on 30 percent of his key votes. And he’s not going to get away with that in Washington.”

The candidate implores Merced County voters to think about this: “Somebody who is endorsed by Gavin Newsom, Alex Padilla, and Antonio Villaraigosa, the former mayor of L.A. — those people are not endorsing him because they think he is a moderate, and he’s going to Washington to be a moderate. They know that when Adam gets there he’s going to be voting like a hardcore Democrat. And that’s why they are backing him.”

Giglio says there’s another important aspect of the District 13 race that will lead to a heavy national focus on Merced County in the coming months. He says there’s a legitimate chance to flip a seat for Republicans right smack in the middle of California.

“The Republicans need to flip five seats,” he said. “We are going to take back the House, and this is an important seat. We can’t take any seats for granted. You do not get an open seat that is competitive in California very often. This is a once-in-a-generation opportunity for Republicans to flip a seat in the center of California. And I think this race is going to get a lot of attention especially after the June primary when we have a really strong showing.”

Johnny Tacherra of Fresno was the last Republican congressional candidate to win Merced County, and that was the year he almost beat Jim Costa.

Says Giglio: “Our message to Merced County is listen: You guys voted 4 points in favor of the Recall. You are fairly fed-up. You are upset with Democrats. You are upset with the policies. And there’s been this stigma that Republican’s can’t win. But you don’t have to settle anymore for the least worst option. You know a lot of people thought they had to settle for Jim Costa because he was going to win anyway. And now they are think, ‘Well Adam Gray is not that bad.’ Well, you don’t have to settle. This is your chance to get some better representation. … You will never have to worry about where I stand on the issues that matter. Like I said. Adam skips out on 30 percent of the key votes and a lot of the most controversial topics. Things like gun control. Things like abortion. Things like health care. Things like Critical Race Theory. You are never going to have to question where I stand on those things. You are going to know, and you will have confidence on how I’m going to vote in Washington.”

Giglio’s fellow candidate from another party is equally as passionate.

“I’ve had to work those minimum wage jobs,” says Arballo, the Democrat. “I’m raising a family right now. I have to budget. My wife and I are not wealthy by any means We live paycheck to paycheck. It’s time that we have that perspective in Washington and not career politicians like Adam Gray, or what we have had before.  … I’m doing this because I have a vested interest in this race. I do have a small business in the Central Valley. I am raising a family. This is a personal race for me. I don’t think career politicians who have represented this region in the past understand what it’s like to have a personal stake in this race. They get cozy and they get comfortable and they forget why they go, whether it’s Sacramento or Washington, to represent the people, and not to grow fat, so to speak, on the taxpayer dime.”