‘Friends of the Library’ pay tribute to lifetime members 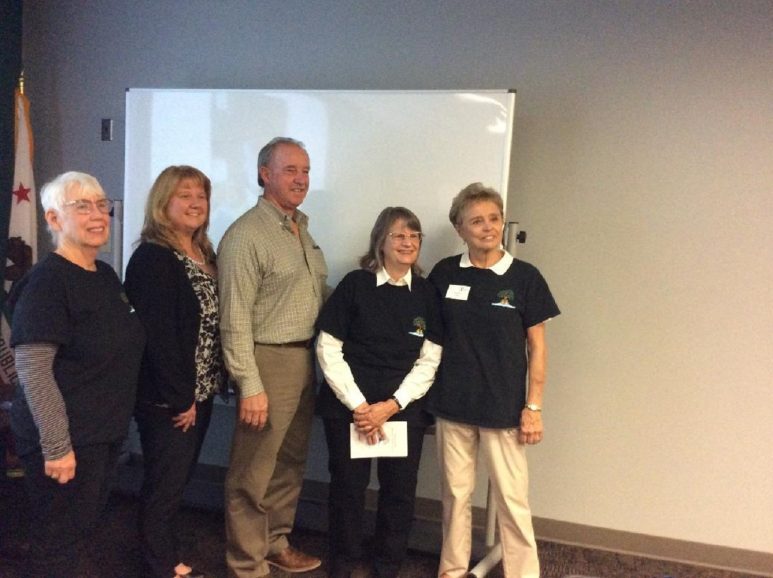 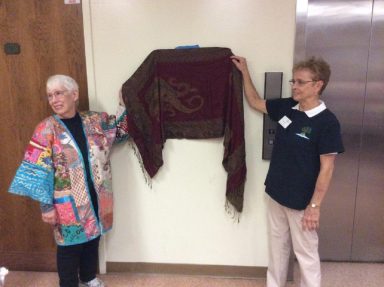 At the event, Friends of the Merced County Library unveiled a plaque displaying the names of its lifetime members. 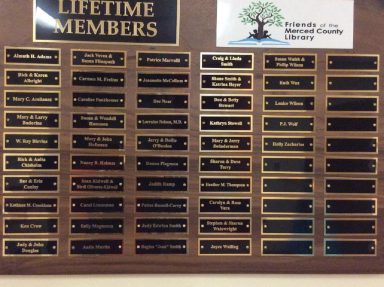 The Friends group is a non-profit dedicated to supporting all branches of the Merced County Library. It has a record of funding programs for families with young children, like Summer Reading and 1,000 Books before Kindergarten, and also helps purchase new furniture, safety features, books, and media. Recently the Friends also began to supplement the Library budget for youth programming, and began to plan author visits to the library for the benefit of youth and adult audiences.

The Friends’ lifetime members tribute featured brief remarks by two lifetime members and former Presidents of the Friends, Sharon Terry and Lorraine Nelson, M.D, and by Lloyd Pareira, Chair of the Merced County Board of Supervisors.

A plaque bearing the names of the Friends’ lifetime members was unveiled on the bottom floor of the library, and attendees celebrated the 52-year legacy of the Friends.

Nelson, who was President of the Friends from1994 to 1996 and then Treasurer for 10 years, presented a history of the Friends’ involvement in keeping the library going through tough economic times.

She told the Times, “In 1993, there was a huge crunch in California for funds for County services, and one of the things the Board of Supervisors voted to do is close the library. They felt they had no choice because they had no money for services, and had to cut other services to bare bones.

“In all, the library was shuttered for a short time, at least two weeks in early 1994.

“I was appalled that they could consider closing the library. There had been in the past a Friends of the Library group incorporated with the State of California. In the 1970s, they had been active, but hadn’t really kept up their charter. Along with some other people, we reactivated the charter and became a more active non-profit.

“We knew it would take money to put boards on the windows and leave lights in the hall, and we asked for the use of that money to keep the library open. We collected names of individuals and volunteers and went to the Board of Supervisors, and they agreed to give us the money to keep it open for 18 hours a week.

“We next went to the City Council. They had redevelopment funds available in the approximate amount of $180,000, and we were able to keep the library open 24 to 27 hours a week.

“Many library positions had been eliminated.  The countywide staff went from 30 to 4 or 5, and that included all the branches. We had a County librarian and some part-time librarians at a few of the various branches, but mostly everything was closed.

“We kept pushing the Board of Supervisors to allocate funds, and slowly the library increased in hours.

“For a long time, we had no budget for materials because all the budget from the County was dedicated to personnel and operations.  All of the materials were donated and provided by the Friends of the Library.

“Our money from fundraising went to all branches, but mostly the main branch.

“We still don’t have the materials budget we used to.

“We do have the bookmobile. That bookmobile is second only to the main branch itself in terms of circulation, and we’re trying to get another one.”

In 2017, the Friends adopted a new bookmobile as its long-term goal, saving about $10,000 a year towards that goal.

However, the generator of the current bookmobile broke in May this year, cutting out the vehicle’s lights and air conditioning whenever Merced days grew too hot.

The generator cannot be repaired nor replaced. Consequently, the bookmobile’s summer hours were cut in half, and the need for a new bookmobile became a higher priority.

The Friends now accept donations specifically for a new bookmobile, as well as general donations for the many programs and services they fund.

During the tribute event, Supervisor Pareira commented, encouragingly, “Keep doing what you’re doing. I think it’s vital for the future of libraries.”