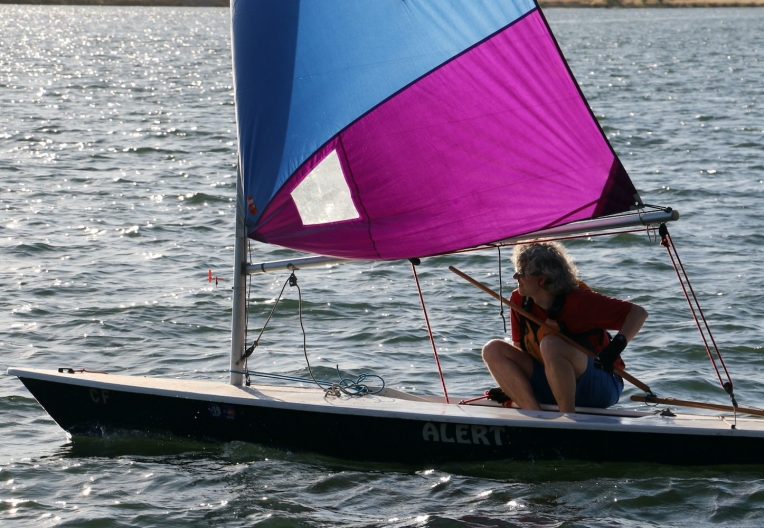 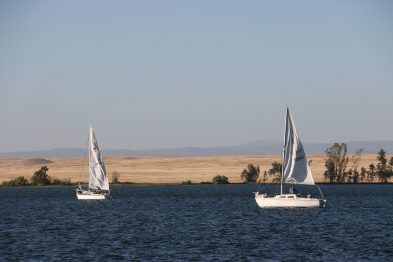 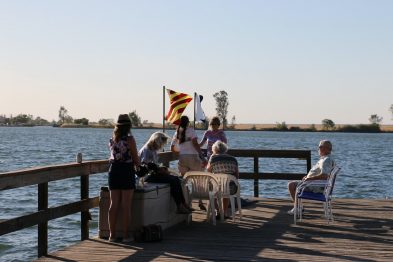 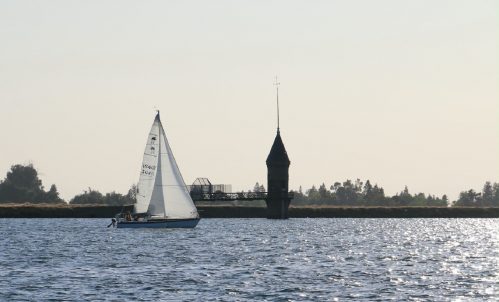 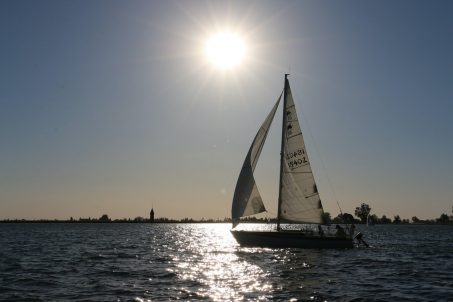 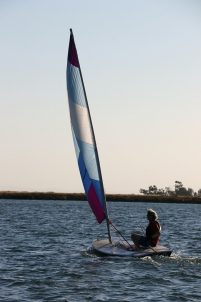 The ranks were thin as the sailors at Lake Yosemite turned out for the first race of the season. These people were members of the Lake Yosemite Sailng Association (LYSA).

Plans were in place to have permanent race buoys by the first race but those plans were dashed as the buoys ended up in Fresno, but made it no further. The Sailing Association has secured permission to have the buoys located next to the 5 mile speed limit markers as well as the starting line.

Rachel Hadley, Race Captain, was on site for the first race along with Debbie Harden who assisted with flags.
All the boats were late at the start with many new crews and much new rigging. The winds were brisk and the evening could not be better.

Winners and losers were not available at press time, but the Thursday night races at Lake Yosemite have been termed as Beer Can Racing on a Mud Puddle Lake.

All had fun. The races are free to watch every Thursday night starting at 6 PM.

Nannini Game is back in action