FEATURE OP/ED: To Be Represented, San Joaquin Valley Must Be Fully Counted In Census 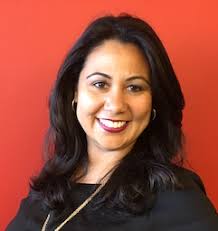 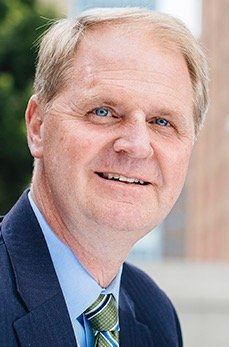 Once every 10 years, the U.S. government conducts a census to determine a precise count of residents in every locality throughout the nation.

This is an endeavor with major implications for our future. Data gathered during the census count is used to determine how seats in the U.S. House of Representatives are divided among states and to draw district lines for state legislatures, counties, city councils, school boards and more.

A major concern we have here in the San Joaquin Valley — and it’s something UC Merced students are acutely aware of — is underrepresentation. At UC Merced and the Latino Community Foundation, we take pride in working to improve the lives of historically underrepresented populations such as Latino Californians.

The impact of our work is diminished, though, when our region is undercounted in the census. The San Joaquin Valley is one of the regions in California most likely to be undercounted, and California as a state is likely to be undercounted, according to the Public Policy Institute of California. That’s because we have a large number of “hard-to-count” (HTC) residents, which include Latinos, immigrants, young children, lower-income families, individuals with low English-language proficiency, renters, rural residents, and highly mobile residents such as farmworkers and the homeless.

Because California is home to so many HTC residents and communities, undercounting statewide and in regions like the Valley is a near certainty — particularly considering the federal government is providing less funding and less staffing for this year’s census, and we will have more people to count than ever. This undercounting could have dire consequences for our future — according to the Latino Community Foundation’s report, “A Roadmap for 2020,” California is now facing the possibility of losing a seat in Congress for the first time in its history.

And if you think the reduced funding and staffing for the 2020 Census will affect all communities equally, think again. In addition to the reasons why the Latino community is already hard to count — such as the fear many feel that the information they provide could be used against them, and a general lack of trust in the government — the three main cost-saving strategies being applied for this census will each contribute to further undercounting of the Latino population:

• Reducing paper mailings by promoting the Internet as the primary response mode. Many Latinos access the Internet solely on mobile devices, on which it can be difficult to complete the census questionnaire, and many lack broadband Internet access at home.

• Cutting local census offices and field staff. Follow-up is often critical in getting an accurate count of HTC residents, and these reductions will make it more difficult to reach those populations.

• Using government records to build a master address file to follow up with families who did not respond or submitted incomplete forms. Many undocumented residents do not have a Social Security number, so they might not be contacted; also, government records can lack accurate data on the race and ethnicity of residents.

A majority of UC Merced students come from what would be considered HTC communities. We urge them, their families, friends, and all Californians to report fully and accurately in the 2020 Census. This count determines our representation in Congress, where decisions about immigration, social services and indeed the future of our nation will be made. It determines our representation in the state legislature, where funding allocations are made — this is precisely why folks in the Valley have never gotten our fair share.

Nathan Brostrom is the interim chancellor of UC Merced,
and Jacqueline Martinez Garcel is the CEO of the Latino Community Foundation.

Preventative care is more important now, than it was before coronavirus pandemic

THE PANDEMIC: What to expect in days, months ahead