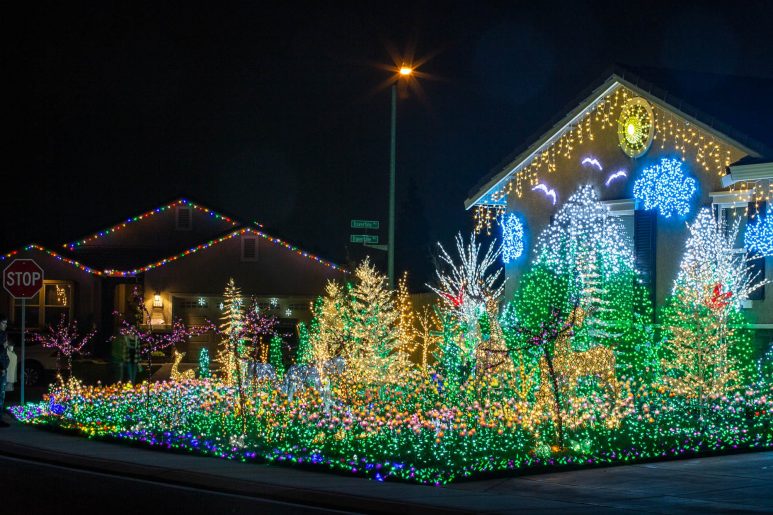 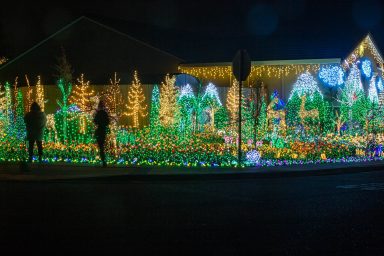 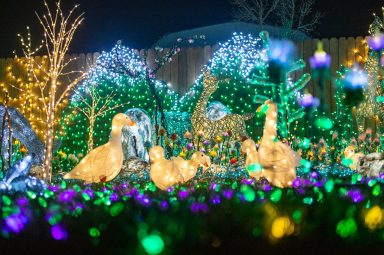 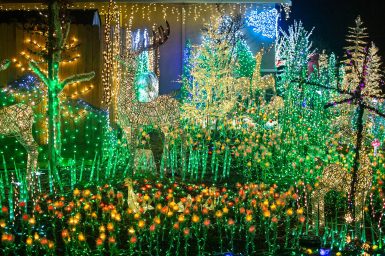 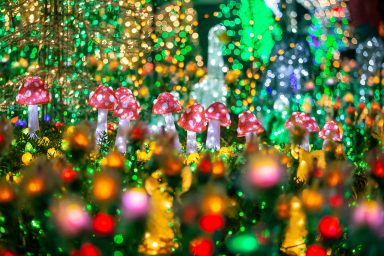 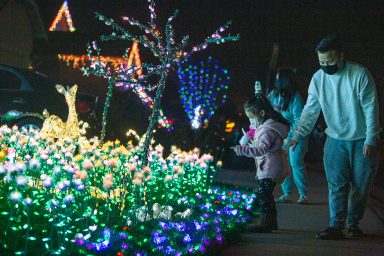 With more than 80,000 lights adorning the Quintero home on the corner of Crystal Drive and Travertine Way in Atwater, it’s easy to see why the family home was recently announced as the top home in ABC’s “Great Christmas Light Fight” — yes that’s a national TV show!

The incredible display depicts a serene scene of a meadow, complete with deer, rabbits, mushrooms, a waterfall, mountains and more. An additional 35,000 lights that accent the lawn consist of hand-painted lights, with 8,500 handmade flowers that help to light up the corner.

The special display is drawing in residents from across the Central Valley, and those who are visiting the area from further away are making detours to see the home that won the $50,000 grand prize, according to Evelyn Quintero, the creative mastermind behind the display.

Quintero started her Christmas decorations around 20 years ago prior to moving to the Atwater area from Vacaville.

“I bought two deer, 20 years ago, and then two Christmas trees,” she begins.

From there, Quintero says the nature scene continued to develop complete with geese, rivers, and clouds.

Quintero says while she was excited to win the nationwide contest, it wasn’t something she ever thought would happen when she bought her home in Atwater four years ago.

She notes that her home was purchased with the decorations in mind, as she wanted to make sure she both had the room to fully decorate as well as giving those who made their way to their home the ability to comfortably view the display.

With several hundred estimated to be making their way to the now famous display of lights on a weekly basis during the holidays, that extra room is being put to good use as residents make their way along the sidewalk to take in the majestic sight.

For those who would like to see the home, they can do so once it gets dark up until 10 p.m. With so much to view, many residents are then getting a more detailed view by getting out on foot after finding an area to park. If your planning on making a trip out to see the lights, make sure to check the weather, as the lights will not be on display in the event of rain.