Today, Fresno City Councilwoman and Fresno City College Adjunct Professor Esmeralda Soria announced her campaign for the newly drawn 27th Assembly District, which includes portions of Fresno, Madera, and Merced counties. The announcement included over 50 endorsements from Valley community leaders, local and state officials throughout the district and across California.

Born and raised in the Central Valley, the daughter of farmworkers and a first-generation American, Soria understands the challenges facing Valley families and residents because she’s lived them.  Having worked alongside her parents in the fields and packing houses throughout childhood, then working her way through college and law school, Soria has devoted her life to public service as an educator, community advocate, and City Councilwoman.

“Valley families, seniors, farmers, small businesses, and workers have faced unprecedented challenges and hardship over the past two years and beyond,” said Soria.  “I’m running for the Assembly to fight for our schools, neighborhoods, and disadvantaged communities to make sure everyone has access to a quality education, healthcare and housing – and that California’s economic recovery from the pandemic doesn’t leave our working families behind.”

Soria’s campaign includes a broad coalition of support spanning across Assembly District 27 and the Central Valley. 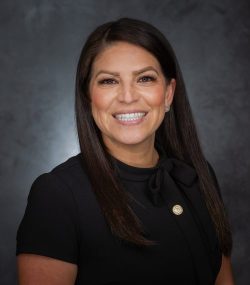 It’s Looking Like: Soria vs. Pazin;  Gray vs. Duarte

Velarde: ‘I’m only in race for students’