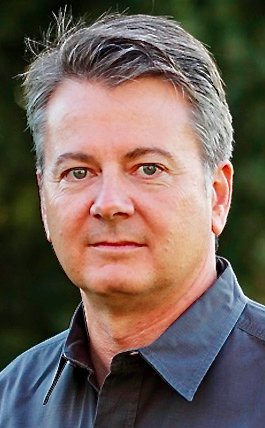 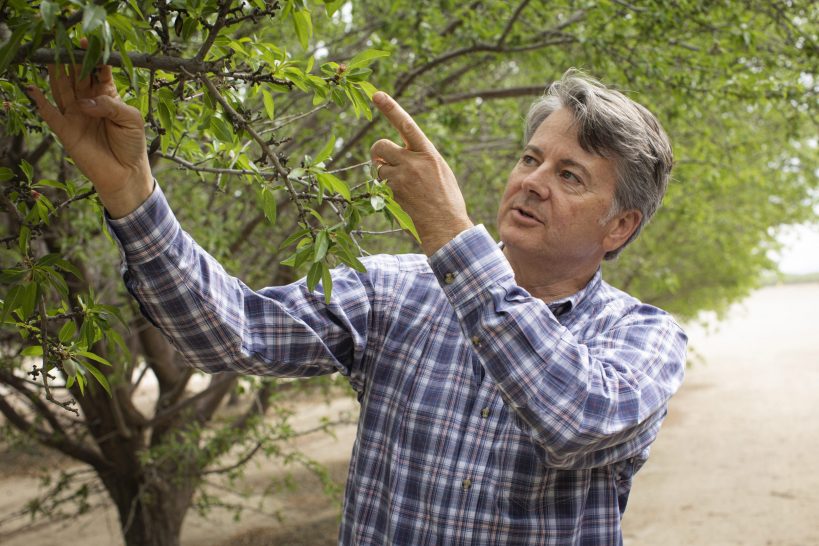 Some believe Republicans are poised to make historic gains in this year’s election cycle. One local race with the possibility to flip this region’s congressional representation from Democrat to Republican involves the open seat for the newly formed 13th District.

Among the Republicans vying for the office is John Duarte, a successful farmer and businessman who announced his candidacy on March 9 — just two days before the filing deadline for the June 7 primary.

“It was a big decision for me to step off my business, and everything I’ve got going on, to run and serve in  Congress,” he told the Times this week. “I came to the conclusion it is the time that I need to serve. I don’t like a lot of what’s going on now in government. I think this country can do better in terms of direction. And a lot of the constituents in the 13th District are working families. The high cost of living, the high crime, the lack of border security, are all impacting them disproportionately. I think there are solutions to these problems.”

Duarte, 55, of Modesto, is the co-founder of Duarte Nursery in Hughson, a company that employs hundreds of workers and thousands agricultural customers every year. The fourth-generation farmer is known for defending property rights in a high-profile case against the federal government, and also efforts to stop water grabs by state and local agencies.

A final candidate list was to be released Thursday, March 31, after the Times printing press started to roll this week. At the time of this report, the two other Republicans in the race were David Giglio and Diego Martinez, and the Democrats were Adam Gray and Phil Arballo.

District 13 includes Merced County, parts of Turlock and Modesto, Patterson, and reaches up to Lathrop, and stretches down through Mendota, and Coalinga in Fresno County. The top two candidates who garner the most votes in the primary will face off in the General Election in November.

Duarte says recent polling shows right from the get-go that he has twice the voter support than Giglio, who started his campaign a year ago. And he says his main competition, Adam Gray, is showing poor numbers for a Democrat in a Democrat-leaning district who basically went from college to some government staffer positions in Sacramento to locally elected leader in the State Assembly.

“Adam Gray has been a professional politician in the district for more than a decade,” Duarte said. “I’m very encouraged with a solid campaign I can win this race.

Duarte points to Gray’s vote to increase the gas tax in 2017 after a last-minute side deal was made to fund the ongoing “Campus Parkway” transportation project between UC Merced and Highway 99.

“California gas prices are so much higher than the rest of the country because of policies Adam Gray supported,” Duarte asserts.

Just two weeks ago, the candidate added, Gray didn’t even vote at all during a two-hour Assembly session that included a motion to allow debate to suspend the gas tax while California and the rest of the nation endures a crippling energy crisis.

“Merced County residents have the lowest incomes in California, and their representative didn’t even show up to vote YES or to vote NO to give them relief on the gas tax that he voted for,” Duarte said. “He’s not even giving honest services for taking the paycheck he receives as an assemblyman.

“Gray supported the biofuels blending mandates. He supported the carbon offset costs. All these things are additional costs on a gallon of gas in California. The person who represents this district of lower-income working families should not be supporting every green fantasy initiative that raises the cost of living. He needs to be held accountable for increasing his constituents cost of living. And I’m going to hold him accountable.”

Duarte has proven he’s not afraid to do battle. In 2011, he led a fight to prevent the sale of a very large, essentially permanent, allocation of local water supply from the Modesto Irrigation District to the city and county of San Francisco. He has worked to remove unfair taxes on farmers that make groceries more and more expensive. And he fought back agains the federal government when the U.S. Army Corp of Engineers accused him of damaging wetlands on his property and ordered a stop to his operations without giving the company a hearing. He eventually settled, paid steep fines, but admitted no liability. His case raised the issues of property rights and environmental law.

Said Duarte, “During the water grab protests [of 2018], our company worked with the California Farm Bureau. We sent four bus loads of Duarte employees — many of whom live in Merced County — up to Sacramento to fight the water grab. We also sent workers to fight the ag overtime bill which is hurting working families in the district. We argued against the ag labor union card check bill. I have a long history of advocacy for farms, farm families and farm workers in this district.”

Duarte said he has witnessed Gray’s actions during the water grab protests and he wasn’t impressed.

“He went up and spoke five minutes into the microphone at the water rally in front of the Capitol. I sent four bus loads of people on my payroll. It cost me $60,000. … I actually fought in a water battle and we won. Adam Gray talks a lot. Ask him about deliverables. What has Adam Gray delivered?”

The challenger also highlights the “historic opportunity” for Republicans in 2022.

“We’ve got Kevin McCarthy well-placed to be speaker of the house. We’ve got David Valadao who is very likely to win his seat. I have a very good shot at this seat here. We have Tom McClintock on the east side of Stanislaus County going down the foothill counties to the south. We have great candidates running against Jim Costa. And another great candidate, Tom Patti, running against Josh Harder in San Joaquin County. And you have Doug LaMalfa up north. We could have five or six Republicans representing the Central Valley with Kevin McCarthy as speaker heading into 2024. We finally have the political strength to get our needs met. However, if Nancy Pelosi is speaker, we are not going to get our needs met. If Kevin McCarthy is speaker, and we have Democrats instead of Republicans in these seats, we are not going to get our needs met as well. A Republican speaker with a Republican caucus here in the Central Valley is going to get the valley what it needs — finally — in terms of water policy, appropriate infrastructure investments and regulatory relief. We will finally become an abundance community. We are going to be about energy abundance. … We need water abundance, food abundance and affordable living. That’s why I’m running. I have a very clear picture of what this district needs and what the country needs from this district. This is where the produce comes from. This is where the almonds come from. We are finally going to be in a position to fight for it effectively.”

Duarte has been married to his wife, Alexandra, for 26 years. They have four children, ages 17 to 23.

The candidate says Duarte Nursery — a 100 percent family-owned business — has customers throughout the sprawling District 13.

“Drive down Highway 5 toward Harris Ranch,” Duarte said. “If you see new almond trees with little blue and white cartons that say Duarte up the side of them — that’s my company. That’s what I do.”

Duarte is sure to introduce himself to Merced County folks. He was one of the guest candidates for the Republican Assembly candidate night at the Elks Lodge in Merced on Wednesday night.

What’s he going to tell the audience?

“I’m a farmer, and a businessman, and a fighter,” he told the Times. “The only difference now, running for Congress, is that I’m getting out of the cheap seats, and I’m going to do the job that Adam Gray isn’t doing. The first thing supporters say about Adam Gray is that he’s a moderate and he’s a nice guy. And you know. He talks like a moderate, and he probably is a nice guy. I don’t know him that well. But if I finish my service as a congressman — if I serve 10 years like Adam Gray has done so far — and all people have to say is, ‘John Duarte is a moderate and a nice guy,’ …. I will have failed.”

Duarte said he isn’t looking to become a career politician — and unlike some former local congressmen in past years — he wants to serve his time and go back to his family business and everyday life in this valley he calls home.

Annexation development not so thrilling for split council