Tony and Carmen Cardenas of Merced wave to their grandchildren during a drive-by parade for Tony’s 91st birthday.
Around TownCultureLocal News

Multiple generations of the Cardenas family worked within the new norms of social distancing to honor their patriarch, Tony Cardenas, on his 91st birthday in Merced last weekend.

Born in the Mexican state of Sinaloa, Cardenas came to the United States with his family when he was young, and he eventually made his way to Merced where he raised his own family.

Today, there are enough children, grandchildren, and other family members and friends to create a small parade — and that’s what they did last Saturday.

The drive-by birthday parade for Cardenas was organized by his daughter Aracely and her husband David Padilla. They were able to gather a collection of classic cars occupied by caring family members who drove by with signs, sirens, and streamers in hand.

It was also a surprise event … well … sort of.

Aracely went to her unsuspecting father’s home to make sure he was out front at the right time as David readied the parade participants.

However, while the idea of asking her father to come out with her to enjoy some fresh air worked for a bit, it would ultimately take Aracely telling her father that his grandchildren had something special for him to see.

“He didn’t know it was going to happen, so I lured him outside to just talk, and told him that we would wear our masks because we haven’t really been out and around. He wouldn’t come at first, so I just had to tell him ‘The kids made you something so you need to come outside!’”

When Tony Cardenas heard the first set of sirens, he immediately became excited and realized what was happening and began to light up.

“Because of his age, he hasn’t really been out a whole lot so he was really happy to see his grandchildren’s faces.  … Even though we can’t all be together, the parade was a way we could at least see each other.” 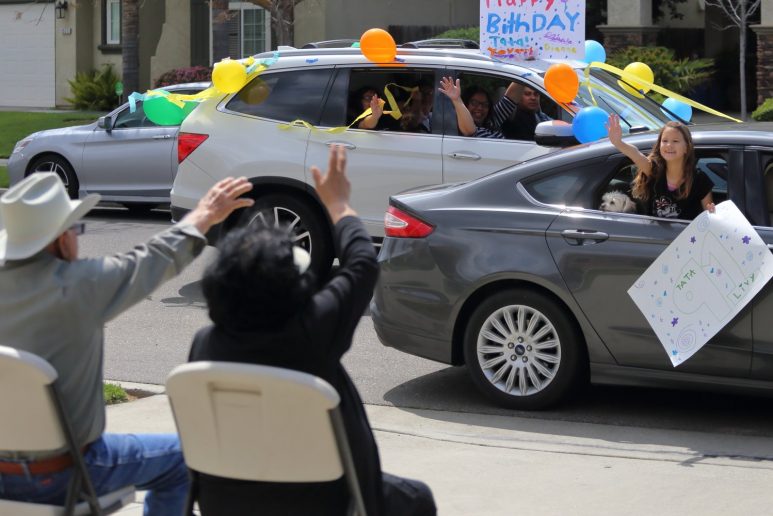 Tony and Carmen Cardenas of Merced wave to their grandchildren during a drive-by parade for Tony’s 91st birthday. 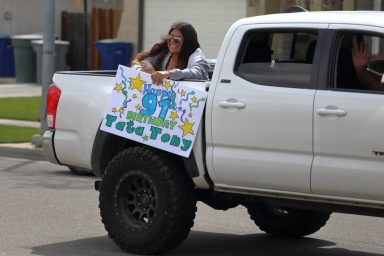 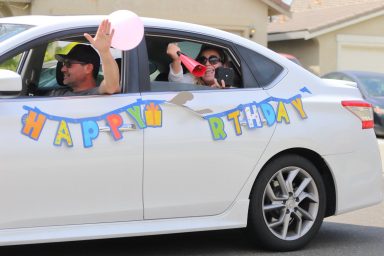 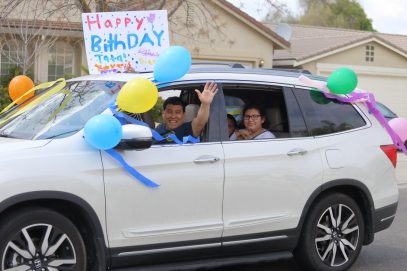 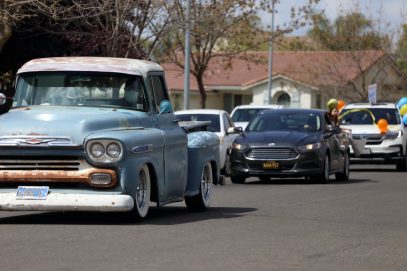 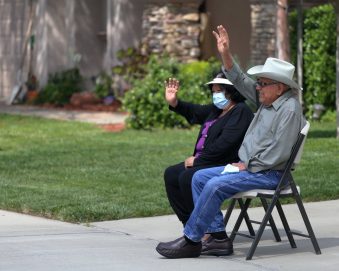 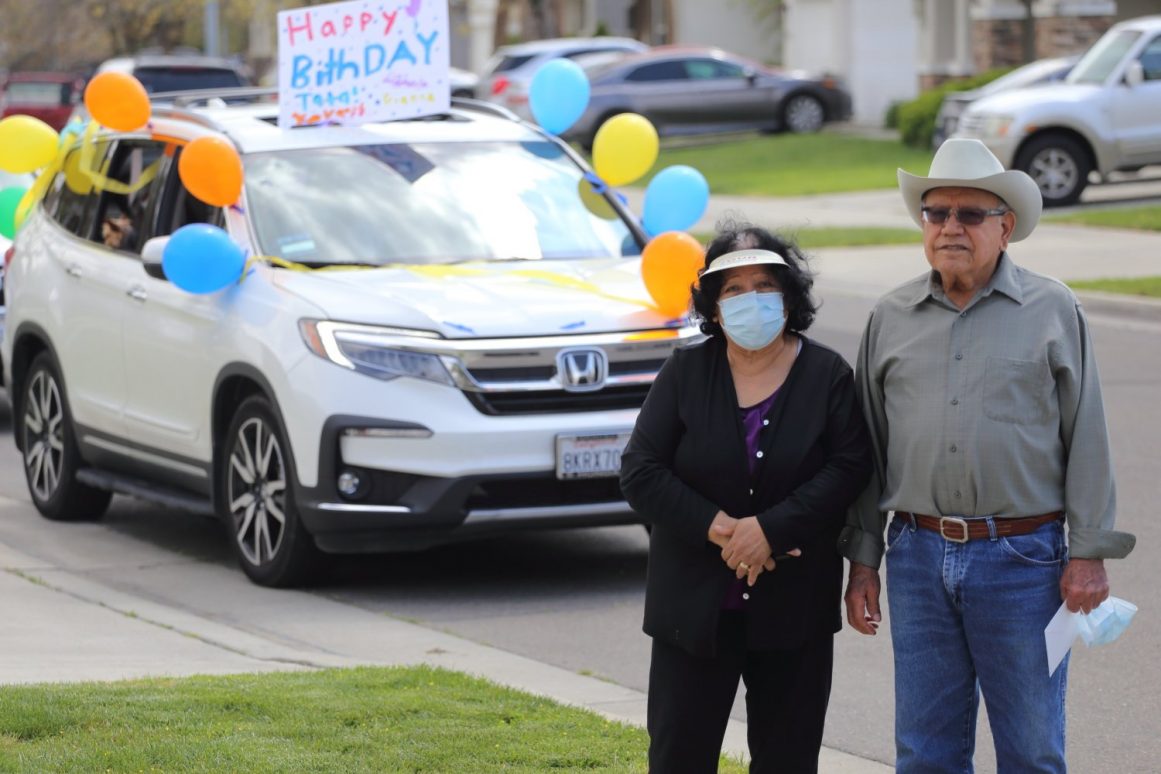