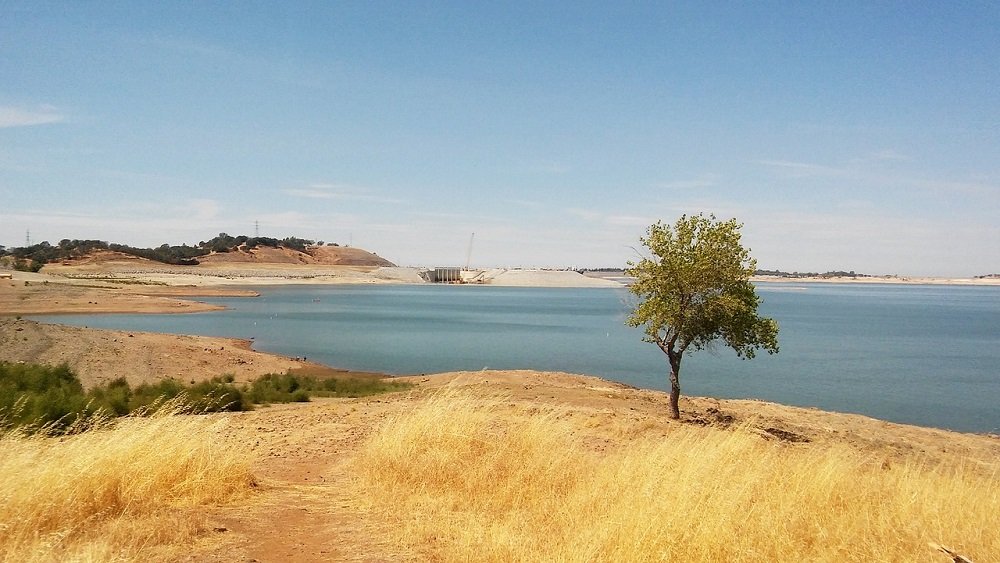 Folsom Lake, a critical water supply to the Sacramento region, is among the state’s most depleted reservoirs

Does time travel exist? Probably not, but let’s take a shot.

The California drought may give us a unique chance to go back to 1955. That’s when the Folsom Dam was built, during they heydays of dam building from the 1950s to the ’70s. California, along with the rest of the United States, experienced major population growth with the “Baby Boomer” era following World War II.

Agencies seeking to meet water demands constructed most of the major dams in California including Oroville, Don Pedro, San Luis, and Trinity Dams — all of which are over 2 million acre-feet. Following the major development of the ’50s and ’60s, the 1970s brought forth an era of environmental awareness.

The environmental movement, combined with the development of most of most major watersheds led to little change in California’s water supply system during the following two decades. According to the California Water Plan, though, three major dams have currently been completed or are now under construction. The largest of these projects, the Eastside Dam in Riverside County, will hold an estimated capacity of 800,000 acre-ft when completed.

With a lack of undeveloped watersheds, California faces the significant and difficult task of supplying water for modern urban, agricultural, and environmental demands. As some would say, “all the good sites are already taken.”

The newest “dam” now under construction is not one that we normally think of as a dam, the Sites reservoir. Sites Reservoir will capture and store stormwater flows from the Sacramento River – after all other water rights and regulatory requirements are met – for release in dry and critical years for environmental use and for California communities, farms, and businesses when it is so desperately needed.

When operated in coordination with other Northern California reservoirs such as Shasta, Oroville, and Folsom, which function as the backbone to both the Central Valley Project and the State Water Project, Sites Reservoir will greatly increase flexibility, reliability, and resiliency of statewide water supplies in drier periods. Water would be pumped into the reservoir rather than blocking an existing river.

What a difference a year makes.

A year ago in July, California’s largest reservoirs were near or well above their average capacity for July 4th. Fast forward 12 months and signs of drought permeate the Golden State’s water supply.

Except for the Don Pedro and New Melones reservoirs which currently hover just under 80 percent of average capacity, California’s reservoirs are showing stark signs of drought fatigue.

Folsom Lake, a critical water supply to the Sacramento region, is among the state’s most depleted reservoirs. Lake Oroville at nearly four times the size of Folsom Lake isn’t faring much better. Folsom Lake is currently at 25 percent capacity (35 percent of average.) One analogy is that Folsom Lake is the canary in the mine for California’s dwindling water supply.

But for us time travelers, we can now see things at Folsom that have been submerged for years. Many areas of the lake are posted as 5 mph zones due to hazards close to the surface. As the waters of Folsom Lake recede to levels rarely seen, the remnants of a long-ago abandoned, flooded Gold Rush village are reemerging.

Visitors can now see building foundations, bricks, broken pottery, and rusty nails that were all once part of Mormon Island.

The town was settled in the late 1840s by prospectors. By 1853, it had a population of more than 2,500 settlers, according to California archives.

What was left of the town got flooded in 1955 when the Folsom Dam was built. So it is definitely a perfect opportunity to see Folsom history. This spring had an awesome display of Blue Lupine in the now exposed soil.

But don’t get your metal detectors out just yet. The entire area is a state park. That means you must not move anything. Yes, an old rusty nail from Mormon Bar may look great on your fireplace mantle, but leave it there for others to enjoy.