Dietz sworn in as city manager during ceremony at City Hall 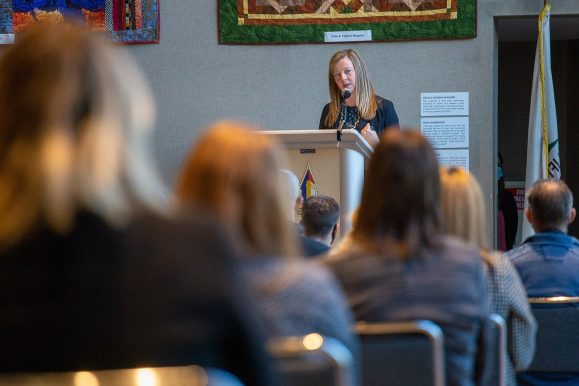 Stephanie Dietz addresses a crowd of supporters after being sworn in as city manager of Merced. 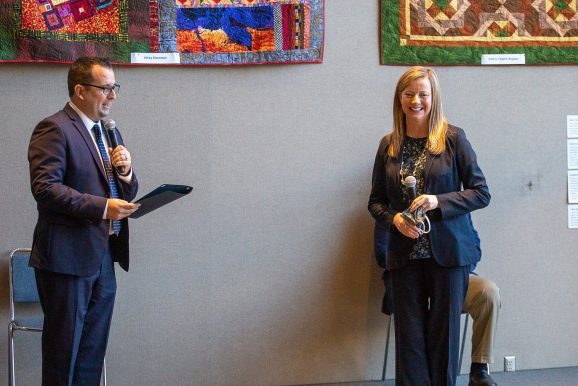 Stephanie Dietz was officially sworn in as Merced’s new city manager during a swearing-in ceremony was held during a special session of the Merced City Council on Nov. 23 inside the Civic Center.

Mayor Mike Murphy led the proceedings, and he was joined by Assembly member Adam Gray, along with City Council members Anthony Martinez and Jill McLeod.

“We had a very robust process with a lot of strong applicants,” Mayor Murphy pointed out. “I say that because it’s really a testament to Stephanie that she rose to the top and was unanimously appointed by the City Council to be in this role.”

Said Assemblyman Gray, “To have the next leader of this City Hall be somebody who was raised in this community, whose family lives in this community, and who truly loves our community as we do is just a huge asset. I look forward to working with you Stephanie, and I know we will do some tremendous work together.”

“As I reflect on the past year and look to 2021, I’m reminded that becoming city manager is much more than being appointed an administrator,” she told the audience. “It’s an opportunity for our council, for our organization as a city, and for myself to be something greater. It’s an opportunity to serve and to be a servant of this great community.”