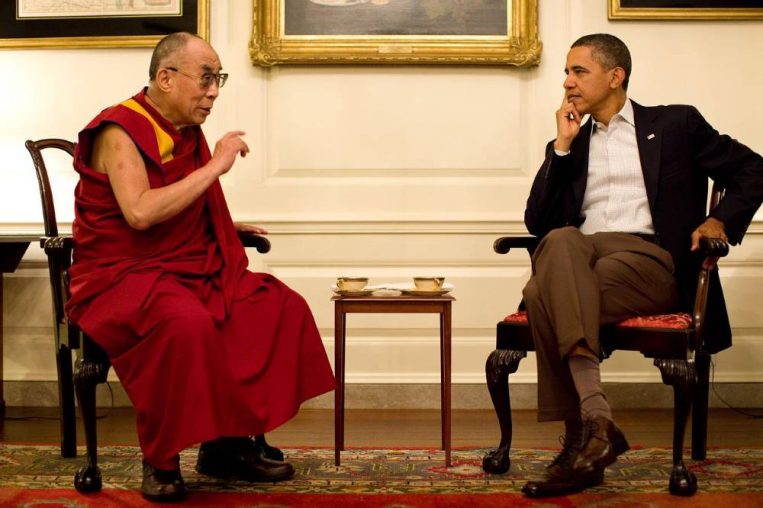 U.S. President Barack Obama met with the Dalai Lama during his presidency despite a warning by China that it would damage diplomatic relations. 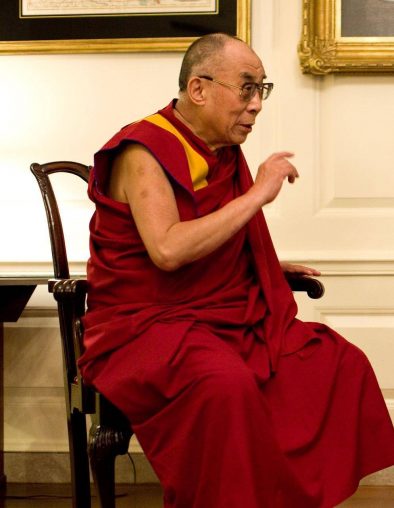 UC Merced is reaching new heights with its annual Alice and Clifford Spendlove Prize in Social Justice, Diplomacy and Tolerance.

This year the award is going to, and will be accepted by, one of the most famous leaders in the entire world.

His Holiness, the 14th Dalai Lama, is expected to receive the 15th Spendlove Prize during a live video conference on Sept. 18, according to Sherrie Spendlove, the Merced native who made the award possible by a generous gift in honor of her parents Alice and Clifford back in 2005 during the UC Merced opening ceremonies.

The 14th Dalai Lama, also known as Tenzin Gyatso, is the most famous Buddhist teacher in the world, and is widely respected for his commitment both to nonviolence and to the cause of Tibetan freedom. He was awarded the Nobel Peace Prize in 1989.

Official details of the big event were yet to be released as of the Times press run this week; however, Spendlove revealed a few things to expect.

The live video link from India will be limited for viewing, but the full ceremony will be shown at a later date to a larger in-person audience during a special Spendlove Prize celebration at UC Merced.

“As the leader of the Tibetan Buddhist people and culture, His Holiness the 14th Dalai Lama had to flee Tibet for India as a young man to escape the genocide of his followers and the eradication of his culture by the Chinese government,” Spendlove said. “To this unfathomable injustice he has repeatedly responded with generosity of spirit and love for his victimizers.

“In our increasingly politically-divided and highly confrontational world, the messages of kindness, peace, compassion, and forgiveness of His Holiness, the 14th Dalai Lama, are helpful, not only in advancing sustainable social justice using non-violent methods, but also as a path to better interpersonal relations and a more meaningful life.”

Spendlove added, “The Dalai Lama is an internationally-acclaimed spiritual leader whose work promotes peace and is recognized as such by many other international spiritual leaders such as former President Jimmy Carter and South African Archbishop Desmond Tutu, both fellow Nobel Peace Prize winners.”

The Dalai Lama is also know for his travels worldwide to give Tibetan Mahayana and Vajrayana Buddhism teachings. His Kalachakra teachings and initiations are international events. He also attends conferences on a wide range of subjects, including the relationship between religion and science, meets with other world leaders, religious leaders, philosophers and scientists, online and in person. His work includes focus on the environment, economics, women’s rights, nonviolence, interfaith dialogue, physics, astronomy, Buddhism and science, cognitive neuroscience, reproductive health and sexuality.