Cruikshank Middle School staff is pleased to announce that Alex Tovar will be returning to school on Monday!  He will be attending school for a couple of hours a day.

On September 19, while riding his bicycle to school, the 8th grader was hit by a car at Paulson and Yosemite Avenues, while in a crosswalk.  He suffered major injuries to his head and had to be flown to Valley Children’s Hospital.

Although he has a long road ahead, Alex is recovering well.  He does not have any pain.  He is walking fine and even jogging.  His mother says he no longer needs a feeding tube.  He’s eating everything on his own.

Alex is currently wearing an eye-patch over his left eye, because he has double vision in that eye. Doctors say his vision may improve on its own, over time.  If not, there is a procedure that would correct it.

Alex joined his classmates for an assembly on Wednesday, where they heard from motivational speaker Brent Poppen. Poppen had a severe spinal cord injury at 16-years old and now has to use a wheel chair to get around.  Poppen explained to Alex’s classmates how lucky they are to have him returning to school and that they can do anything they put their mind to. 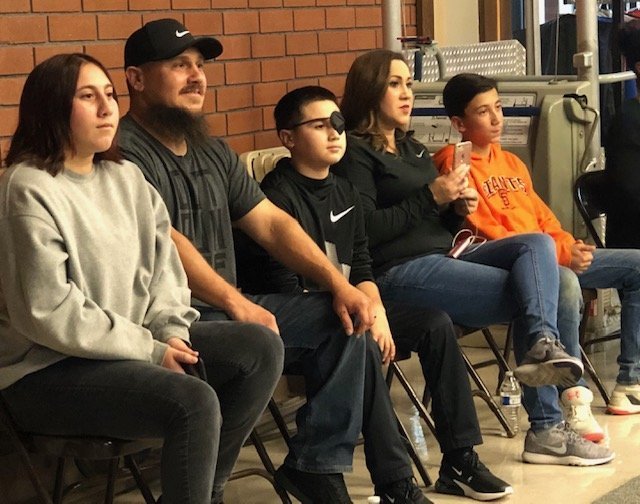 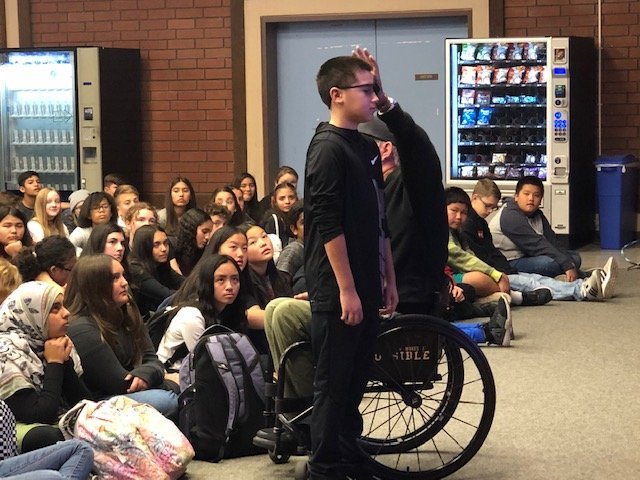 Essential Workers May Be Eligible For Help Paying For Child Care