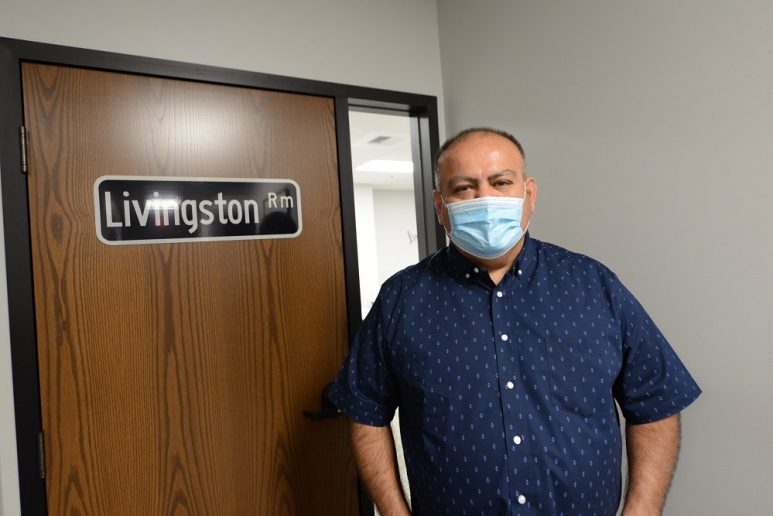 There are six conference rooms that are named after each of the six incorporated cities within Merced County. 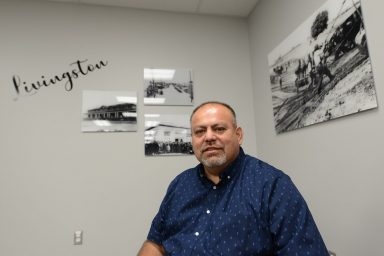 Merced County Supervisor Rodrigo Espinoza inside the “Livingston Room” located in the basement of the County Administration Building in Merced. 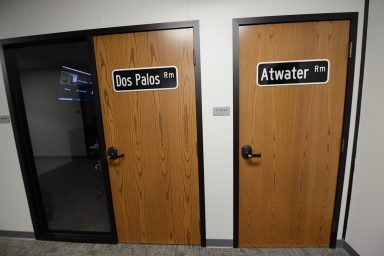 There are six conference rooms that are named after each of the six incorporated cities within Merced County.

The days when people would register to vote or get married on the basement floor of the Merced County Administration Building are long gone.

Today, the basement of the three-story building at M and 23rd streets in downtown Merced is being transformed into a conference center for representatives and stakeholders from the various districts and towns that make up Merced County.

Prior to this retrofit project, according to county officials, the Administration Building not only lacked adequate conference room capacity, it also lacked the technology needed to host virtual meetings over Zoom or other systems.

The basement space was made available after Elections relocated from the Basement to the First Floor. The total cost of the project was approximately $400,000.

There are six conference rooms that are named after each of the six incorporated cities within Merced County. The rooms will mainly be used for employee meetings, trainings and seminars. The project also afforded county staff the opportunity to upgrade the building’s fire sprinkler system.

An excited Supervisor Rodrigo Espinoza gave the Times a tour of the facility during a recent interview he chose to conduct in the “Livingston Room.” The room — located next to the “Los Banos Room” — featured wall-mounted wide-screen TV monitors, tables and chairs, computer hookups, and historic photos of the city and its development.

Espinoza said the conference room will go along way to improve communication between the various county agencies and partners, as well as with residents.